Science and Technology: Forging A Path For the False Messiah? -- Part 1 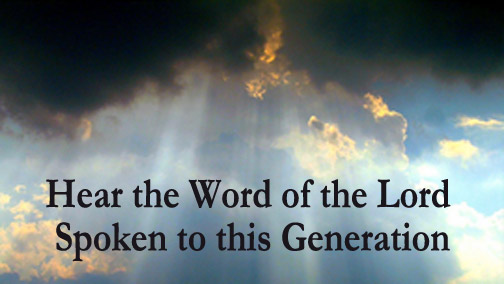 The title of this blog has been plaguing me for quite a few years -- ever since God began to show me what was behind the curtain of our society's growing interest in artificial intelligence and merging man with machine and other species. I would like to take the time to set up what I think this scenario might look like. And if you are familiar with my blog then you will know that I don't always adhere to the popular explanations that are agreed upon by the masses -- and that includes "following the science", as well as customary interpretations of the Bible. It's not that I do not believe every word of our faith's Holy Book is true. On the contrary, I believe there is so much more Truth in Scripture that is never discerned by the faithful. And I do not know why we have been chosen, but God has seen fit to give me and my husband a hunger to search out these deeper Truths. That hunger is both a blessing and a curse.

It's a blessing because our spirits know without a doubt when Father reveals an idea or path He wants us to pursue. The unveiling of what had previously been mysterious to us results in such a burst of exultation over the new knowledge He has revealed, that it is uncontainable. But that is where we usually encounter the push-back from the Church and the world. No one, whether Christian or secular, wants to abandon their comfort zones. And if something we present makes them uncomfortable [because it doesn't align with their traditional belief system], well then, it must be false, right? Combine this hunger to pursue more of God's wisdom and plan for the world with our assignment as Watchmen on the Wall, and I'm sure you can see where we receive a lot of unfavorable response. But it will not deter us. And I also believe that if most Christians would be honest with themselves, it frightens them to see what used to be fringe science and technology becoming more mainstream. So, it's easier to refute our message and hang on to their traditions than to see how God may want to move them into position for our End Times battle with Satan and his protégés.

When God first approached Mark and I through dreams, it was as if we were awakened to a new dimension; like we had stepped through a spiritual portal into a new realm where we were able to see everything we believed through new spiritual eyes. He introduced us, through a series of personal encounters, with people who were able to take us from milk to meat in our walk with Him. We began to hear Him in our spontaneous thoughts and to "accidentally" stumble upon books and podcasts by people who obviously had been given a similar hunger to explore more about the magnificent God we serve. And mind you, everything that came before us was vetted by the Word! Our library of Scripture-inspired books grew; some to be discarded as having an agenda other than to reveal the True God, while others revealed more of the breadth, length, height and depth of God [and His fullness]. Still more were added to the "to read" list. And every once in awhile, God will shine His light on one of those books that has been gathering dust, and we will go in search of it, to find that it is clearly a book to be read in this season. And this blog post is all about one of those books and a startling concept that I believe has found its time to be brought forth.

The book is entitled Beguiled: Eden to Armageddon, and was written by Dr. Joye Jeffries Pugh in 2013, with an updated and revised edition released in 2017. I daresay, "Dr. Joye" as she is known, does not fit the stereotype of Biblical researchers, or prophetic voices. But God has a habit of picking unconventional people whom He knows will be obedient to their calling.  And she writes with credible insight of Biblical truths and precepts. So, I'm just going to dive right in to what my spirit discerns is a scientific possibility that we need to be aware of in this season that precedes the Second Coming of Christ.

For years, I have been sounding the alarm on man's fascination with combining science and technology outside God's design of creation. In 2013, I quoted Ray Kurzweil, an American inventor and futurist, who is hellbent on seeing transhumanism realized in our lifetime. This is what he said then: "We can now see inside a living brain and see individual inter-neural connections being formed and firing in real time. We can see your brain create your thoughts and thoughts create your brain. A lot of this research reveals how the mechanism of the neocortex works, which is where we do our thinking. This provides biologically inspired methods that we can emulate in our computers. We’re already doing that. The deep learning technique that I mentioned uses multilayered neural nets that are inspired by how the brain works. Using these biologically inspired models, plus all of the research that’s been done over the decades in artificial intelligence (AI), combined with exponentially expanding hardware, we will achieve human levels within two decades." That was eight years ago, folks, and Kurzweil actually moved up his timeline to 2029, so we are half-way there!

Fast forward to last year, 2020, when Elon Musk, industrial designer/engineer and AI enthusiast, announced on a podcast that his company would be ready to implant a neural link in our brains in less than a year, with "low potential for rejection". Musk also said, "Full AI symbiosis is possible". In case you don't know the definition of symbiosis, it is this: interaction between two different organisms living in close physical association, typically to the advantage of both. The radio host's response? "Once we've experienced being a god, who is going to want to go back to being stupid [read that as human]?" Musk seemed to be in agreement, stating, "AI is getting better -- it's a benign scenario now [read as not harmful]. We're already a cyborg to some degree. We interact with our phones and electronic devices, but the data rate is too slow. Right now, we download information at about 100 bits/second (approximately 12.5 bytes). Computers can go 1 million times faster. If you can improve the data rate, you can improve symbiosis between man and machine". (Obviously, that is the goal of his invention). And he says it with such nonchalance!

But I want to return to the idea that man wants to be his own god expressed by that delusional radio host. Hasn't that been the goal of Satan ever since [as Lucifer] his pride convinced him he could usurp the throne of Heaven? And the prophecies of the Bible have been clear that a False Messiah will appear in the End Times. In fact, mankind has been warned for centuries through God's Word that this False Messiah would deceive many "with all power and signs and lying wonders". And Satan has done a great job of intermingling science and religion so that far too many Christians will receive him as the Second Coming of Christ. The acceptance of Evolution by the American National Academy of Sciences and their theory that "the evidence for evolution can be fully compatible with religious faith" has gone a long way to blend the two, and discredit the truth that faith is "the assurance of things hoped for, the conviction of things not seen". Science, on the other hand, always demands evidence. There is no room for the supernatural, and unexplainable power of God in Science.

Therefore, because the 20th and 21st Centuries have moved us ever closer to worshiping Science and Technology, it will be easy to fool men and women (even Christians) when the False Messiah appears and his "lying wonders" prove that he is who he claims to be -- the Son of God. How will that be accomplished? I will give you a hint about what will be revealed in Part 2 of this topic... True Believers know the Word of God and they will not easily be deceived because they have not compromised with the world. But the day is coming when this remnant will be ridiculed not only by the world, but by their fellow Christians. The remnant will declare that the False Messiah, who will "stand in the holy place" [the temple], is the abomination of desolation spoken of by the prophet Daniel. But even those who claim to be Christians will believe the lie. How will this creation of Satan be able to fool so many who profess their faith in Jesus? That's where the science and technology of the last 50 years may very well provide the way. Even now, I believe we have reached the point [in man's ability to invent and create] to pull off this deception. If so, we could be closing in on the return of the True Messiah, who will put an end to this wickedness on earth. Tune in for Part 2 on the next blog post.

Mark 13:22    For false Christs and false prophets will arise, and they will provide signs and wonders in order to deceive, if [such a thing were] possible, even the elect [those God has chosen for Himself].