Lift Up The Forerunners! 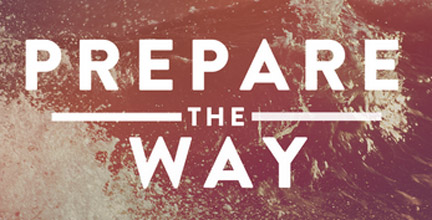 These last days and weeks my spirit has been hyper-focused on the forerunners of our faith. Of course, we are all familiar with the forerunners in the Bible ... John the Baptist, who cleared the way for the Lord to bring the Gospel of the Kingdom and Salvation to all mankind. He was a "voice calling in the wilderness" (Isaiah 40:3). Jesus is proclaimed "as our forerunner, [who] has gone in before us. He is now and forever our royal Priest like Melchizedek" (Hebrews 6:20).

In fact, this is the only verse in the Bible that actually uses the word forerunner. As explained in the Passion Translation, forerunner means "trailblazer." Jesus has blazed a trail for us to enter into the sacred chamber and seize the hope that has been fulfilled in His eyes already; to have a company of king-priests who will dwell with Him in the Holiest of Holies and minister from there out to the nations of the earth. The clear implication of verse 20 is that He takes us in to share His throne and His ministry as the royal Priest.

But did you know that God has anointed forerunners in every generation to lead the way to the knowledge of Him and His redemptive work through His Son, Jesus Christ? You see, forerunner signifies one who comes to a place in advance of the rest who are to follow; one who acts as a scout or guide to prepare the way for the King. As you can imagine, it looks different in every generation, depending on the state of the world and God's timeline for the nations and the world. Moses, Jeremiah, and Paul are just a few examples of the forerunners who God anointed to prepare the way for the work He would do in freeing the Israelites from their Egyptian bondage; to prepare for their captivity in Babylon; and to prepare for the growth of the Church Age.

Therefore, we can and should acknowledge the forerunners of our generation. They are those who receive and accept the anointing God has put on their lives in the measure of rule and authority He has given them to prepare the way for whatever it is He wants to do in that generation. And I will tell you, I discern that it is particularly difficult for the forerunners in this generation of our nation. Our nation is 245 years, and history has shown us that empires rarely last beyond 250 years. As pointed out in an article on medium.com, "God is a God of order. He has ordained systems, patterns, cycles, and processes in His Creation. Sir John Bagot Glubb, an Army General and historian, studied 11 empires from the Assyrians in 859 B.C. until the demise of the British empire in 1950. He found a remarkably similar pattern in their length of existence. Each spanned a period of about ten generations, and each went through these seven stages in their empires: the age of pioneers, the age of conquest, the age of commerce, the age of affluence, the age of intellect, the age of decadence, and finally, the age of decline and collapse".

I believe we are fast approaching that last stage. Just in my lifetime, I have seen the 1960s begin an age of decadence that has gone from "free love" to 2021 and transgenderism and human/monkey chimera embryos. If you doubt we're there, here are the characteristics that Sir Glubb said marked the second-to-last age: defensiveness, pessimism, materialism, frivolity, an influx of foreigners, the Welfare State, and a weakening of religion. The forerunners of this generation are seeing what the rest of the nation and the Church isn't. They are awake and shouting from the rooftops that we are in serious jeopardy of no longer being "one nation under God". But is anyone listening?

Like Moses, Jeremiah, and Paul before them, this generation's forerunners are often scoffed at, maligned, persecuted, and discredited. And like these earlier forerunners, this generation will look different from each other. God will anoint some to be on the front lines of the spiritual battle [with the Enemy] to determine tactics and strategies. Others will be called to be watchmen on the wall, positioned in the towers to watch for what's coming and to warn the people. Still others will be anointed as prayer warriors and intercessors -- all of them to bring about God's plan and purposes for the nations, including ours.

The forerunners of this generation are in full cooperation with the Father. They know and see the signs of the coming collapse because they see the decline so clearly. And they are all under spiritual attack as the Enemy prepares to bring his final blows. The attacks are coming against their businesses, their families, their health, their marriages, their reputations, and their ministries. I have such great regard for them as I see them come together to support and reinforce each other, intercede for each other, and appeal for Heaven's justice for each other. I will be honest ... it also pains me to see these men and women, who are putting everything on the line for the Lord and His Kingdom receiving no encouragement from the Body of Christ. Instead of appreciating the anointing that these forerunners walk in, the Body distances themselves from them because they don't "fit the norm", they preach a different message than the lukewarm Church, or they just plain make the Body of Christ uncomfortable.

Maybe you are sensing that our nation and the world are different. You are no longer able to recognize your community, state or country as it was when you were growing up. And hopefully, your spirits are discerning that all of what you're seeing is not what God intended for His relationship with mankind. If so, then I urge you to lift up the forerunners in this generation! The Kingdom of Heaven, as spoken of in Matthew 11:12, is "suffering violence, and the violent take it by force". That difficult verse has been so misinterpreted, but it actually means that as the Kingdom of Heaven bursts forth into this world [violently because the Enemy is defending his kingdom], people who are passionate in seeing it defeat the kingdom of darkness will step into their anointing and have an effect on bringing it into existence. That is the purpose of the forerunner, and I am so thankful to be witness to mighty forerunners in this generation! They stand together, shoulder-to-shoulder, to prepare the way for the return of our King as He prepares to ride to bring Heaven's Justice to this declining and collapsing world. Will you join me in lifting up the 21st century forerunners? May they mount up on wings of eagles to bring the word of God's redemptive purpose for the world, and may they run and not grow weary, and may they walk and not grow faint! Father, strengthen them for the work they are to do for You, and reward them when they come into Your Heavenly Kingdom. Amen!

Luke 1:76     And you, child, will be called the prophet of the Most High; for you will go before the Lord to prepare His ways