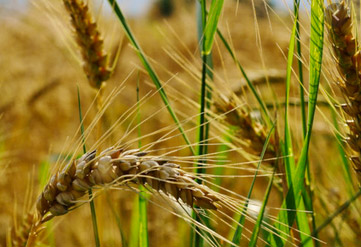 I often find that when I write of something that offends either those comfortable in their "normalcy bias" or the "Establishment" that runs the world governments and systems, that my blog seems to be suddenly hidden from view. I don't expect any different treatment from the conclusion of this two-part series. But, as always, I remain obedient to what the Lord asks me to do, and He is telling me to continue sharing what He has revealed. So here goes...

It is important that we understand that God created us [mankind] to represent Him here on earth. We are to walk in His righteousness and His power and authority, to see to it that His will "be done [here] on earth, as it is in Heaven". We are supposed to regain the dominion that was given to us in Genesis, chapter one.

And I honestly believe that the United States was intended to represent a country in covenant with God -- NOT to replace the Biblical Israel, who will one day resume their purpose to lead the nations of the world to YHWH --BUT to be planted as a grafting in the New World, from the root of Abraham's faith. But remember the Parable of the Wheat and Tares? Satan sows his seed in the midst of the good seed spread by God, and weeds begin to grow, unseen and undetected, until they have pervaded and permeated like leaven through dough. The chaos and drastic changes in our country in the last few months are the result of those weeds that are now threatening to overtake the plans and purpose of our nation.

I suppose secret societies have existed from the time that man discerned God's holiness, so that in the desire to keep his evil ways hidden from the wrath of God, these societies or organizations became characterized by their concealment of their intentions, their practices, and their information. Read Ephesians 5:3-12. This describes the sons of disobedience in secret societies: sexual immorality; idol worshipers; empty words [oaths and rituals]; unfruitful works of darkness. We are told to expose them, "for it is shameful even to speak of the things they do in secret".

As Mark and I have been led by the Lord to study the effects of Freemasonry, the Illuminati, and those in the upper echelon of the New World Order, we have discovered that they are not simply wealthy and powerful men who are the recipients of various conspiracy theories. They all share in one aspect ... they are opposed to the influence of God [on the earth] in society or governments. They are ruled by an anti-Christ spirit, and as Christians, we know that every spirit that does not confess or acknowledge Jesus is not from God. They are able to leverage their wealth and power to influence world affairs and move the great plan of this anti-Christ spirit towards the ruler they serve, Lucifer.

This spirit is what is behind the abominable oaths and rituals that make a mockery of God's laws and commandments. This spirit is what instructs evil men to abolish the worship of the Most High God in order to control people. This spirit is what influences men to instigate wars for their own profit. This spirit is what tempts men to abuse children in wicked rituals of sex and blood at gatherings such as Bohemian Grove. Think about it ... the white-washed definition of the word Bohemian is "a person with unconventional social habits". (Read Ephesians 5:3-12 again for a more explicit understanding). And of course, we all know that "groves" were the locations of idol worship to pagan sexual gods. The fact that the powerful men of international government and commerce gather together in secret at an event called "Bohemian Grove" should at least set off warning bells.

HERE IS SUCH A WARNING: What I'm about to share with you is shocking! J. Michael Thomas Hays, author of Rise of the New World Order, wrote this: "The most effective way to channel dark forces is by combining Sodomy with Pedophilia and human blood-drinking sacrifices. The reason for this is to supremely blaspheme the Most High Creator God in the absolute most extreme and worst way possible. By doing this, the malevolent "Demons" grant them favors because it pleases them to provoke God". This is the epitome of the anti-Christ spirit! Immediately, what comes to mind is Jesus saying this: "whoever causes one of these little ones who believe in me to sin, it would be better for him to have a great millstone fastened around his neck and to be drowned in the depth of the sea." This makes it a little more difficult to dismiss and ignore all the news stories about Jeffrey Epstein, Pizza-gate, "spirit cooking", etc. as fanciful conspiracy theories, doesn't it?

We have to be willing to "look behind the curtain" and see that organizations like Freemasonry, the Illuminati, and the New World Order have joined forces with social ideologies such as Marxism and Communism, both part of Satan's anti-Christ agenda! These socioeconomic philosophies seek to dethrone God as they subject the masses to their totalitarian and authoritarian rule. Classes of people disappear, just as does the political and economic system of capitalism, in which our country's trade and and industry are controlled by private owners for profit, rather than dictated and dominated by an oligarchy.

Take a step back and look at how successful the anti-Christ spirit has been in gradually and almost imperceptibly spreading the tares of Satan into our society and government. I say "almost" because there are those who have rightly discerned that removing God from our classrooms and the town square; the restructuring of the definition of "family" and "gender"; and the infiltration of radical marxist and communists into our colleges and government, [which has led to the demonization of private ownership and the right to defend oneself], have all eroded the foundation of our nation. Those "weeds" have been allowed to take root in God's "land of opportunity", growing at an inexorably steady pace. It is time to pull those weeds up by the roots so that we might once again become a sanctified field of harvest for the Lord!

In summary, we have never been a perfect country. Satan sowed his tares from the very beginning. But, as Jesus promised in His parable, there will be a harvest, and at that time, the weeds will be gathered first, bundled and burned, and the wheat will be gathered into His barn. So, we must not lose heart or faith. We must take up the challenge of Martin Luther King, Jr. who, in 1962, spoke these prophetic words: "We are challenged to dedicate and devote our lives to the cause of Christ as the communists do to communism. We cannot accept their creed, but we must admire their dream and their readiness to sacrifice themselves to the very utmost and even to lay down their lives for a cause they believe in, a cause that they believe will make the world a better place. One watches that zeal, and one has to say, 'Why is that Christians don't have this zeal? Why is it that we don't have this zeal for Christ? Why is it that we don't have this sense of purpose, this sense of dedication to Christ's Kingdom?' "

My friends, now is the time to reap our passion for the cause of Christ and His Kingdom! The United States has become the battleground between the forces of good and evil. It is ripe for harvest. If the Lord came today, would He find that the weeds have choked out the yield of His good seed? Personally, I believe that the seeds of the Kingdom have been planted deep in the hearts of His faithful followers, and although we have allowed them to lie dormant for too long, we can rely on the Living Water from Heaven to revive the crop. There has been a drought of zeal in the land as we Christians have rested in our contentment and false security. But we now ask the Lord to fortify us as we drink from His cup of restoration. We confess that we have been asleep, but now we are fully awake and we yearn to establish Your Kingdom, Lord Jesus, with a righteous fire in our bellies and spirits! And so, I leave you with the words of Jesus in John 4:35... Do you not say, "There are yet four months, and then comes the harvest?" Look, I tell you, lift up your eyes, and see that the fields are white for harvest. So, let us follow the Lord and do the will of the Father who sent Him that we might accomplish His work.

Ezekiel 37:3-5     And He said to me, “Son of man, can these bones live?” And I answered, “O Lord God, you know.” Then He said to me, “Prophesy over these bones, and say to them, O dry bones, hear the word of the Lord.  Thus says the Lord God to these bones: Behold, I will cause breath to enter you, and you shall live.