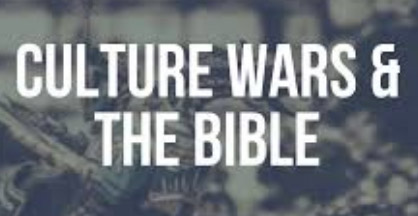 You've heard me say multiple times that Satan uses the same tactics over and over through the centuries. Why? Because they keep working! Mankind never seems to learn the lessons. Because of God's mercy and grace, if there is a remnant that recognizes the Enemy's strategy and repents and truly seeks righteousness, there will be a revival or movement that sets mankind back on course. But I'm beginning to wonder if we've run out of reset opportunities as I watch the world careening toward escalating chaos.

The violence in the streets is getting worse. The hearts of men are growing colder. When you can beat a man and kick him in the head, knocking him unconscious, and then brag about it on social media, and the major news outlets refuse to report it, then I fear we have crossed into a new and deeper sphere of wickedness and lawlessness.

The mainstream media likes to dumb things down to keep secret the hidden agendas of those who seek to control the world by manipulation and unscrupulous control/influence. So they use terms like "culture wars" and "systemic racism" and "social justice warrior". They try to identify and define the changing morals in the world by using these coined phrases, but it's just a repeat of Satan's plan to dominate mankind and the world.

According to Dictionary.com. the term "culture war" refers to "a cultural conflict between social groups and the struggle for dominance of their values, beliefs, and practices. It commonly refers to topics on which there is general societal disagreement and polarization in societal values is seen." In Biblical terms, that means there is a conflict between God's values and Satan's; a conflict between morality and immorality; and a conflict between righteousness and lawlessness. Those in the media and politics would have us believe that one side is being unjustly treated, therefore they have a right to use anything within their means to get what they want and equality. The end justifies the means, as long as you play the social injustice card. In other words, violence is permitted to atone for real [or perceived] ill-treatment, regardless of personal responsibility.

But my purpose is not to debate whether injustice has been carried out against any social group, or whether violence should be stopped at any cost. I want us to realize that division within a nation has been a popular [and successful] tool of the Enemy. Currently there are conflicts and clashes between Black Americans and White Americans; between Republicans and Democrats; between Fascists and Marxists; between Believers and non-Believers. But these conflicts are nothing new. From the very beginning of time, a "culture war" was created in the Garden of Eden when Adam and Eve chose to follow Satan's temptation and believed his lie that God's value system and culture was contrary to their best interests. That clash between values can be seen throughout history.

You have the clash between Cain and Abel; between the Fallen Angels and mankind in Genesis 6; between the nation of Israel and the pagan nations; between Jesus and the Pharisees/Sadducees; between the Jews and Gentiles; between Christians and Muslims in the Crusades; between Jews and Arabs today... the list can go on and on. All serve Satan's purpose to cause division and chaos in the world. We can even see the culture war that destroyed the ancient nation of Israel -- resulting in both the northern kingdom (Israel) and the southern (Judah) eventually being taken into captivity because they abandoned the values of God and disobeyed His commandments.

The kingdom of Israel fell into apostasy and worshiped false gods and adopted the rituals and belief systems of Baal. Heavier taxes on the people and the abandonment of  Jerusalem as the home of the House of the Lord, in favor of two golden calves to submit sacrifices to [one placed in Bethel and one in Dan], led to the eventual capture by the Assyrians and the disbursement of the 10 tribes of the northern kingdom across the globe. The southern kingdom and the people of Judah "did evil in the sight of the Lord. They provoked Him to jealousy more than all that their fathers had done, with their sins which they had committed. For they also built for themselves high places [to worship idols] and sacred pillars and Asherim poles [for the goddess Asherah]. These were on every high hill and under every luxuriant tree. There were also male cult prostitutes in the land. They committed all the repulsive acts of the nations which the Lord dispossessed before the Israelites" (1 Kings 14:22-24).

The Enemy is bolder than I've ever seen him. Is it because he has been so successful in tempting hearts away from God? Or has man willingly chosen to disobey God's commands to serve his ultimate god ... himself? And I know we, the remnant, see clearly the machinations of the Evil One, and some of us may be getting weary. But we cannot take a break from these "culture wars"; we cannot let our guard down. We are engaged in a very real war; one that will decide the destinies of many people on earth. We cannot relinquish the field of battle to the Enemy.

We must remain stalwart and unwavering in our purpose -- to bring the Kingdom of God to bear against the kingdom of darkness. The culture war in our nation right now is increasing and becoming more violent and resistant to the Lord and to our presence. But we do not fight alone! The King of kings and the Lord of lords is fighting with us! He has told us to occupy territory until He returns. We must stand our ground and fight back alongside the Heavenly Host. The war is being hotly contested from both sides and we cannot give an inch. And we can't escape this war, even if we want to -- we are here for a reason in this season of the history of the world. We must remember that God is sovereign over the kings and the kingdoms of the earth. The Enemy will be defeated! The victory is already the Lord's! But until He comes with His army of angels, we represent the Light in this present darkness. Let's hold the line!

1 Chronicles 29:11   Yours, O Lord, is the greatness and the power and the glory and the victory and the majesty, for all that is in the heavens and in the earth is Yours. Yours is the kingdom, O Lord, and You are exalted as head above all.