Joseph and Jesus: Their Non-Canonical Connection and What Do We Do With That?

I wanted to take a break from the chaos and events of the world for a day or so, and dive into the examination of Scripture. So, I hope you're willing to take this little journey with me. The first question you should be asking is, "Why would we consider anything non-canonical when it comes to Jesus?" Here is my answer, which may differ from yours, and that is okay. I believe that everything in the Bible is about Jesus. But I don't think that everything there is to know about Jesus is in the Bible. And I give you John 21:25 as evidence ... Now there are also many other things that Jesus did. Were every one of them to be written, I suppose that the world itself could not contain the books that would [have to] be written. I'm not sure we could lift the immense and massive book our Bible would be if everything about Jesus was contained within its pages. Therefore, I surmise that we if we believe that God loves it when we search for His truth (Proverbs 25:2), then I am permitted to use the discernment I receive from the Holy Spirit to examine and consider if other texts align with our Holy Scripture. So, I simply ask for a few minutes of your time to consider some interesting aspects of Scripture that I have come across. 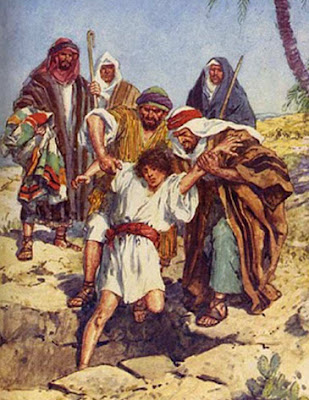