Covid and the The Court In Heaven 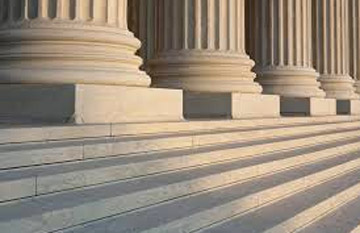 In the Name of Jesus, we ask our Savior to forgive this nation for all the ways we have been disobedient. We acknowledge our rebellion against You and ask to be cleansed by the Blood of Jesus and Your Living Water. We have sought righteousness in Your ways, and lament the actions of those who have offended You. We ask corporately, and individually, that our Savior show us any areas in which we have been ungodly so that we might repent of them before joining together to appear before Christ and entering the Holy Court of Heaven….

(IN THE SPIRIT)  Father, we come before Your throne today, in awe and reverence, asking for Your compassion and mercy, and we request that You convene a session of the Heavenly Court.

(SEE THE COURT OF HEAVEN AND YOU APPEARING [WITH THE BODY OF CHRIST] BEFORE GOD, THE JUDGE)

Father, the Holy Spirit has shown us that the Adversary has been lying about this Corona Virus, and as the righteous Body of Christ, we ask that Jesus and the Holy Spirit intercede on our behalf before the Court.  As Isaiah 43:26 says, “Let us argue the matter together; state the case for [our] innocence.” So, as the Body of Christ and Kingdom citizens, we are here to state the case for our innocence; the reinstatement of our freedoms; and the release from this demonic virus called Corona. We ask for Your Light and Truth to come into this situation.

We come seeking Your intervention, God, as Judge, and ask that You hear our petition before the Court, and we request a verdict from this Heavenly Court.

Here is our petition: Father, we recognize that the Enemy is lying about Corona having such power over our bodies. We recognize the agreement of powerful men, who are in association with the Enemy to bind and control this nation. Father, we appear before You as righteous citizens of Your Kingdom on earth. And as members of the Ekklesia, we ask that You hear our argument against the deceitful lies and manipulation of the Enemy that would keep us in bondage to this virus. We appear before Your Court in our power and authority as Sons and Daughters of the King and ask for full restoration of all that has been stolen from us, including health, wealth, self-government, and freedom of choice.

Father, we are asking the Heavenly Court to force the Adversary to reveal his lies about Corona; that it is a lowly virus, subject to the Authority of the Lion of the Tribe of Judah. It will bow at the feet of Jesus Christ! It will not keep this nation and its righteous citizens from receiving their inheritance as children of God. We will receive Your Truth as we present the Gospel of the Kingdom – we will receive all that is due us, including Salvation and the Kingdom, so that we might go forth together as a family of God – equally yoked -- in righteous battle to defeat our Enemy.  We petition the Court to bring these lies about Corona under the blood of Jesus and to establish this nation under the rule and reign of Christ.

So, Father God, as You bring the Court into session, we see the books or scrolls being opened, and as the Ancient of Days, God, we know that You see all days and can render judgment to deliver this nation from the consequences of this demonic virus.

Father, on behalf of all people of this nation, we ask that You, as Judge, review the scrolls of every earthly citizen's “Book of Life”—including past generations -- and annul covenants with Plagues and Sickness and any spirits of Pestilence that have given access to demonic powers holding them captive. And we ask that You render a verdict in their favor. Just as in the case of the widow seeking justice from the unjust judge, Father, we ask that you defend this nation and set us free from this virus so that we might worship and praise You.

So, Father, as we rest our case for justice for this nation, we bow in reverence and seek Your face, acknowledging with honor and gratitude our faith in Your vindication, and asking blessings upon this nation, every man, woman, and child.  We thank You, Father, and we will abide by the decision of You and the Court.

(NOW YOU NEED TO TRUST IN THE DECISION OF THE COURT, KNOWING THAT JESUS AND THE HOLY SPIRIT WILL ADVOCATE ON OUR BEHALF. THANK THEM FOR REPRESENTING US, AND NOW DECLARE YOUR FAITH IN GOD’S RIGHTEOUS JUDGMENT!
NOTE:  I decided to share this prayer with you after receiving a request from a Brother in Christ to show him how to go to the Court for his wife and small son, who are struggling with the symptoms of the Corona virus. My spirit recognized that it is time for us ALL to go to the Court on behalf of this nation. The Enemy has been accusing us for too long. We must present our case, or watch our beloved nation continue to suffer his attacks. Please join me in going to the Court!
Job 13:1-3     "Behold, my eye has seen all this, my ear has heard and understood it. What you know, I also know; I am not inferior to you. But I would speak to the Almighty, and I desire to argue my case with God."