God Will Bring Order Out Of Chaos

Our God is a god of order. He brings His discipline and authoritative direction in the midst of confusion and upheaval. The perfect picture of this is Genesis 1:1-2, In the beginning, God created the heavens and the earth. 2 The earth was without form and void, and darkness was over the face of the deep. And the Spirit of God was hovering over the face of the waters. Let's dissect these familiar verses, and see if we can get a picture that mirrors what we see coming upon this modern version of the earth.
"Without form" is the Hebrew word tohu, and "void" is the Hebrew word bohu, giving us a picture of an earth that was a desolate wasteland; an empty ruin. "Darkness was over the land and the face of the deep" .... "darkness" is the Hebrew word chosek, defined as misery, destruction, death, sorrow, wickedness; and "deep" is the Hebrew word t'hom, meaning an abyss (as a surging mass of water"). 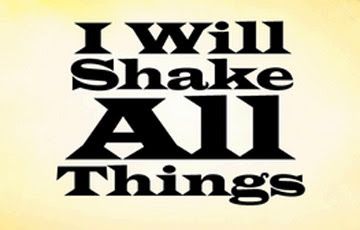