Look Behind The Curtain: How Covid-19 and Abortion Are Connected 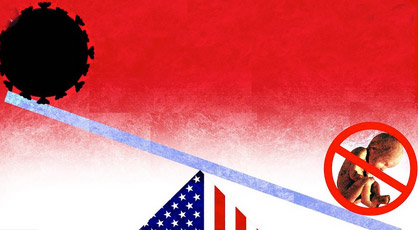 Luke 17:2    It were better for him that a millstone were hanged about his neck, and he cast into the sea, than that he should offend one of these little ones.