Is God's Inspired Revelation Limited To The Bible? 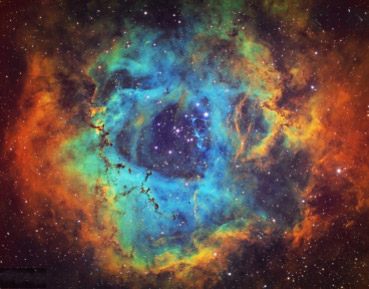 1 Enoch 1:6-7: The high mountains will be shaken, and the high hills brought low, melting like wax in the flame.
Micah 1:4, And the mountains will melt under him, and the valleys will split open, like wax before the fire, like waters poured down a steep place.
2 Peter 3:10,12: But the day of the Lord will come like a thief, and then the heavens will pass away with a roar, and the heavenly bodies[b] will be burned up and dissolved, and the earth and the works that are done on it will be exposed... waiting for and hastening the coming of the day of God, because of which the heavens will be set on fire and dissolved, and the heavenly bodies will melt as they burn!

1 Enoch 91:16a, The first heaven shall pass away, and a new heaven shall appear.
2 Peter 3:13, But according to his promise we are waiting for new heavens and a new earth in which righteousness dwells.

1 Enoch 48:6–7a For this (reason) he was chosen and hidden in his presence, before the world was created and forever. And the wisdom of the Lord of Spirits has revealed him to the holy and the righteous; for he has preserved the lot of the righteous.
1 Peter 1:20 He was destined before the foundation of the world, but was revealed at the end of the ages for your sake.

1 Enoch 69:27 And he sat on the throne of his glory, and the whole judgment was given to the Son of Man, and he will make sinners vanish and perish from the face of the earth.
1 Peter 4:5 But they will have to give an accounting to him who stands ready to judge the living and the dead.

So I present all this to you, not in an effort to convince you that you should consider the Book of Enoch as equal to the Bible, or even that you should read it. But I do subscribe to the ideation of Mr. Isaacs, the translator of 1 Enoch, in that it bears similarities to Scripture, and might possibly "have been influential in molding New Testament doctrine."
And in accordance with this thought, I do not find it heretical to read it (as I have been accused). Rather, I believe that God may have concealed more background information in this apocryphal book that might be beneficial in understanding Scripture. And I trust the Holy Spirit to reveal whether what is written there is divine truth or not. If God has concealed it, then my searching it out glorifies Him. If He had nothing to do with the writing of the Book of Enoch, then I trust the Holy Spirit to show me that, too, and I will consider it just an interesting read of apocryphal writing. And I trust and rely on my relationship with the Holy Spirit and Jesus enough that I do not fear being deceived.
So, now you know a little bit about how my mind works and why I love to go deeper in trying to understand all I can about God and His Word. As I've said so many times to Christians [who look at me like I'm being blasphemous], "Everything in our Bible is about Jesus Christ and the Father... but everything about Jesus and God is not in the Bible". They cannot be contained in something as finite as a bound book of 1547 pages. They are supernatural, and multi-dimensional, and worth every second that I am searching them out. Holy Spirit, show me more!

Psalm 14:2   The Lord looks down from heaven on the children of man, to see if there are any who understand, who seek after God.

Email ThisBlogThis!Share to TwitterShare to FacebookShare to Pinterest
Labels: God's Revelation, The Bible