A Historical and Biblical Argument In Favor of Women 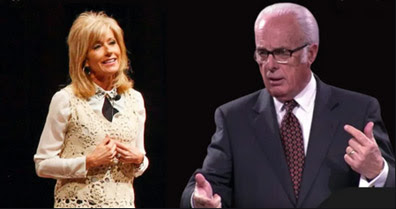 Once more, it seems as if Beth Moore has found herself the target of religious men. This time it is Reformed Baptist pastor John MacArthur who has her square in his sights. Although MacArthur lists his church as non-denominational, his doctrine of salvation is clearly founded upon Calvinist theology. [It has been my experience in a church I attended for 20 years that many Baptist churches move to a "non-denominational" designation to appeal to a wider audience]. But let me be clear, this post is not about my views on any particular belief system, but about the good Pastor's recent statements regarding the place of women [such as Beth Moore] in the the leadership of "the Church".
During a panel discussion among male preachers, MacArthur was asked his opinion about including Beth Moore as part of the Church's circle of leadership. He responded that he would tell her to "Go Home", and then followed that comment with, “There is no case that can be made biblically for a woman preacher. Period. Paragraph. End of discussion.” According to The Christian Post, MacArthur argued that 1 Corinthians 14:34, which reads: “Women should remain silent in the churches,” shouldn’t be “hard to understand.” “You don’t say anything,” he stressed, later adding: “Women need to get themselves under control and realize they are not to speak in a church.” But MacArthur wasn't through. He went on to say, “When women take over a culture, men become weak; when men become weak, they can be conquered. When all the men have been slaughtered, you [women] can sit there with all your jewelry and junk. You’ve been conquered, because you overpowered your protectors.”
Okay, Pastor, I think I have presented your argument fairly. Now, let me bring another point of view to this little controversy you've stirred up. In fact, I am borrowing from a post that I originally wrote over four years ago. I still stand by it. So, let me first share another Scripture that is often used to substantiate Pastor MacArthur's position: A woman should learn in quietness and full submission. I do not permit a woman to teach or to assume authority over a man; she must be quiet (1 Timothy 2:11-12). By the way, although both verses in 1 Corinthians and 1 Timothy refer to women remaining silent, the latter verse is the only I could find in the Bible that refers specifically to women's authority in the Church. So, without a confirming witness, I decided to take a deeper look at this conflict and see within what context the Apostle Paul made this statement.
As always, I find that our English translations of the Bible leave something to be desired when comparing them to the original Hebrew and Greek manuscripts.  Such is the case with the central word in the argument against women leading men in instruction ... it's the word, authority.  It seems that a study of Paul’s letters shows that he regularly used a form of the Greek word “exousia” when referring to the use of authority in the church.  But in this particular verse, Paul used the word "authentein".  This unusual Greek verb is found only once in scripture and rarely in extrabiblical texts, where it is usually associated with aggression.  Authentein is translated as “domineer” in the Latin Vulgate and New English Bible and as “usurp authority” in the Geneva and King James Bibles. 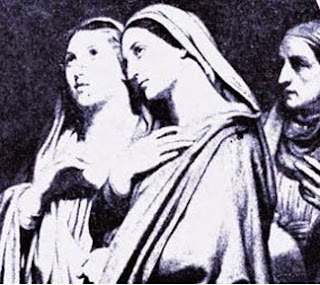 For a more comprehensive look at the ancient Gnostic teachings, false doctrines, and translation errors that contributed to our confused understanding of 1 Timothy 2, please click here.  My thanks to Bob Edwards for his outstanding research and commentary.

Email ThisBlogThis!Share to TwitterShare to FacebookShare to Pinterest
Labels: The Bible, The Church, Women in the Church