Can Wall Street Become A House of Prayer? 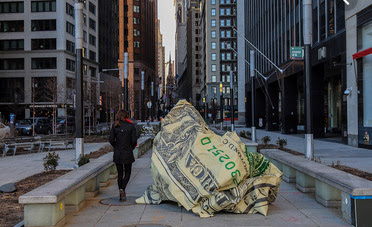 I was really interested when I got an email suggesting that I check into a website promoting a Wall Street Prayer Alliance. At first that seemed like an oxymoron. After all, to average Americans like me, Wall Street isn't exactly thought of as a bastion of moral credibility. To most of us who reside outside of the realms of high finance and investment-for-wealth structures, Wall Street has sort of a tainted reputation... unprecedented greed, immunity from regulation, and exemption from prosecution come to mind.
And with all the talk of "another recession", the trade war with China, and the dooms-day economic forecasts that the mainstream media are predicting, I thought, "If there is any institution that needs prayer, it is Wall Street. Maybe this is worth checking out."
Of course, we all remember the economic crisis of 2008, right? According to my limited understanding, banks made risky home loans to buyers with questionable credit. The Big Banks then began trading and selling mortgage-backed securities to try to offset these toxic assets. When investors found out that investment bank Bear Stearns owned too many of these adverse assets, they began selling off their shares, which caused a panic among the major financial institutions on Wall Street, resulting in a Congressional bailout after global stock markets nearly collapsed. And in the course of this financial disaster, Wall Street was forced to get into bed with the Federal Reserve, which even to this financially uneducated citizen, is enough to cause skepticism.
But, as He so often does, God loves working with a remnant who are called to represent Him. So, I decided to check out this Prayer Alliance, and was greatly encouraged. This story is a reminder that no matter how dark something looks, if we seek the Father, He is more than willing to show up.
So, what exactly is the Wall Street Prayer Alliance, and why should we, as Believers, take note of it? According to their website, after the 2008 financial crisis, and following a pattern of prayer and repentance, the Lord moved in the heart of a few believers working in the financial sector to establish prayer on Wall Street. Their purpose was to facilitate and meet the spiritual needs of folks involved with Wall Street. Their current intent is to pray for revival by influencing the Economic Sphere of nations starting with Wall Street. They want to encourage and mobilize the Remnant in the sphere of Finance to be good stewards of God's resources. Furthermore, they want to nurture intentional disciple-makers in the marketplace by raising kingdom-minded entrepreneurs to affect communities holistically, birthed in prayer. One of their mottos is Loving and Fearing God first helps loving and serving people better.
It sure sounds like the Ekklesia that Jesus said He would build in Matthew 16, doesn't it? If you will remember, Jesus used that very specific word (instead of Church) to declare that He was going to build a coalition of a summoned people, assembling together to [not only] receive God's heavenly kingdom government on the earth, but to act upon it; to become agents of change and transformation. And that's exactly the mission of the Wall Street Prayer Alliance: To make an impact in the Economic sphere first and foremost through prayer, by inviting the presence of God into those areas. They want to make an impact by taking action, and instituting change by spreading the Good News. They want to become a strategic Center to foster prayer, evangelism, and entrepreneurship as an extension of the HOP (House of Prayer) movement. 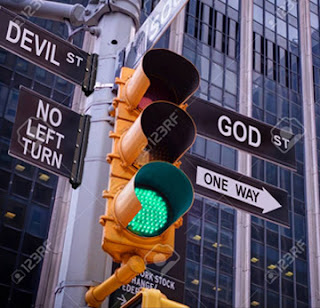 They plan to collaborate with existing kingdom-minded folks and ministries to mobilize a 5-Fold Ministry which would promote the following Biblical principles:  Repentance: Bringing awareness of repentance and awakening to Wall Street and the Church; Revival: Restoring the Body back to God’s ways, and away from man-made and ritualistic religion; Reconciliation: Reconcile the areas of setbacks and compromise that the Ekklesia experienced with other spheres of influence in existing communities; Rebuilding: Reinstating the basics of Biblical Economy and Kingdom to build thriving communities again like Ezra and Nehemiah; and Release: Empower the remnant for the work of the ministry and liberation of the world through the Good News [of the Gospel of the Kingdom].
While Revival is a term that is familiar in our nation's spiritual history, the goal of Wall Street Prayer Alliance is not to imitate a revival of the past but to see His glory for this time and generation, as God purposes. And they are not afraid to challenge the Body of Christ and the Church to rise up in their calling, as evidenced by this statement on their website: Wall Street Prayer identifies, connects, empowers and mobilizes individuals who desire to see God’s work revived in their generation, and to  become the change-agents in all spheres of society. It is done by individuals and groups applying Kingdom of God principles into all spheres of life, one person at a time, and to societies at large. The purpose of Wall Street Prayer Alliance is to empower a movement of the remnant across all denominations to bring awareness, awakening and revival, and thus influence the current spheres or mountains of society. The conversions within the status-quo church today produces status-quo converts or half-hearted Christians. As the saying goes, the apple does not fall far from the tree.
They go on to say, The Christianity [that is] prevalent today is confined to living out a religion in private. [The Wall Street Prayer Alliance wants to see] believers who are empowered to live a kingdom life, publicly impacting others without overexerting on others. The remnant is about coming out of status-quo church to be a counter-culture in the present generation, to be one nation under the King of kings. The purpose of the kingdom movement is to reorganize individually and collectively to preserve the original blueprint of the kingdom of God in the creativity and power of the Holy Spirit.
They believe that in the last days, the Kingdom of God shall be established at the forefront of all the spheres that define our generation’s worldview. There shall arise a remnant from the Ekklesia that shall fully be consecrated to the Lord and infiltrate these spheres. As a result people from these spheres shall recognize the kingdom of God and flow towards it. This is the vision of the kingdom of God that He is initiating, and the Wall Street Prayer Alliance partners with, according to Micah chapter 4.
So, I ask you -- did you ever think you would hear such spiritual concepts and Biblical truth coming from the heart of Wall Street? Where the temple of Mammon resides in New York City? God never ceases to amaze me! These people are truly living out 2 Chronicles 7:14; humbling themselves and seeking the face of God in the midst of gross corruption and avarice.  And He hears them!
God longs to revive this nation for His glory! He wants us to return to Him, so He can give us a fresh start! And when I see such a faithful Ekklesia rising up in the most unlikely of places, it gives me great hope. Let's pray that from the heart of our nation's financial district, there will be a spirit and fire of revival that sweeps this land. Let us join them in prayer, contending for our nation and each other.
I know of so many people who are struggling in today's economy, so Father, we break all assignments from the Enemy that are coming against our finances, in the Name of Jesus. We break all curses of poverty, lack, debt, and financial failure, in the Name of Jesus. Lord, teach each of us, and our nation's leaders, how to profit, and lead us in the way we should go. Thank you, Father, for the Wall Street Prayer Alliance. May their prayer efforts usher in a great harvest for Your Kingdom! Amen!

Psalm 85:6       Will You not revive us and bring us to life again, that Your people may rejoice in You?