I am oftentimes perplexed at the interpretation of Scripture from people whom I greatly respect and who I know walk in reverent obedience to the Lord. No wonder the Body of Christ is often confused and question their own life's journey and purpose. For instance, I was excited to receive my monthly newsletter from an organization founded by a Scripturally-sound Messianic Jewish leader. The lead article was entitled Rock and Key, and perfectly coincided with the recent teachings Mark and I have been conducting on the Gospel of the Kingdom.
I was encouraged by the message of Matthew 16:13-19 that represented a historic breakthrough for the disciples following Jesus, and should be serving as a rediscovery for us in the 21st Century. These important verses read as follows:

13 Now when Jesus came into the district of Caesarea Philippi, He asked his disciples, “Who do people say that the Son of Man is?” 14 And they said, “Some say John the Baptist, others say Elijah, and others Jeremiah or one of the prophets.” 15 He said to them, “But who do you say that I am?” 16 Simon Peter replied, “You are the Christ, the Son of the living God.” 17 And Jesus answered him, “Blessed are you, Simon Bar-Jonah! For flesh and blood has not revealed this to you, but my Father who is in heaven. 18 And I tell you, you are Peter, and on this rock I will build my ekklesia, and the gates of hades shall not prevail against it. 19 I will give you the keys of the kingdom of heaven, and whatever you bind on earth shall be bound in heaven, and whatever you loose on earth shall be loosed in heaven.”

I agreed with the article Rock and Key that this passage is important on so many levels. First, notice that Jesus asks who the people say the Son of Man is -- not the Son of God. Here, He is wanting to see how He is being perceived. Up til now He has been careful to guard His deity from the general public, and has concentrated on preaching [and teaching His disciples] that the Kingdom of Heaven was to be restored to the earth. This moment at Caesarea Philippi marks a decisive change in His ministry. Now He is ready for His disciples to gain the bigger picture of who He is, why He came, and that He must soon be rejected, killed, and will rise from the dead three days later. This leads to deeper knowledge that all those who choose to follow Him, must be willing to suffer in this life, as He's about to, in order to gain eternal life in Heaven's Kingdom. 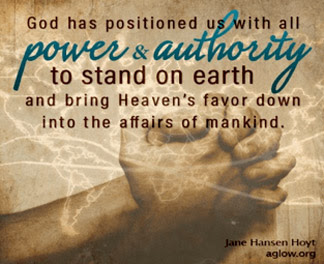 Titus 2:13-15   ... our great God and Savior Jesus Christ, who gave Himself for us to redeem us from all lawlessness and to purify for Himself a people for His own possession who are zealous for good works.  Declare these things; exhort and rebuke with all authority. Let no one disregard you.

Email ThisBlogThis!Share to TwitterShare to FacebookShare to Pinterest
Labels: Gospel of the Kingdom, Kingdom Assignment, Kingdom government, Power and Authority