The Holy Spirit : The Key To Enter The Kingdom of God 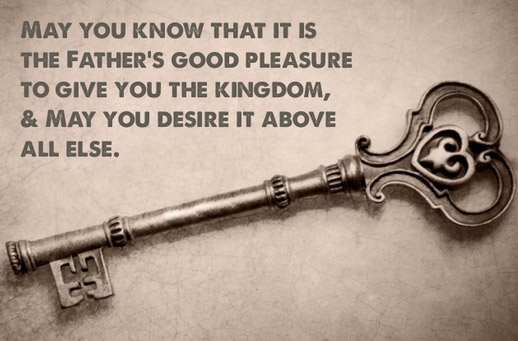 Mark 1:15    The time is fulfilled, and the Kingdom of God is at hand [has arrived]; repent [change the way you think; seek God's purpose for your life] and believe in the gospel [the Good News].
Posted by Pam Kohler at 6:30 AM

Email ThisBlogThis!Share to TwitterShare to FacebookShare to Pinterest
Labels: Keys of the Kingdom, Kingdom Assignment, Kingdom of God