The Beauty and Balance of Bold Faith

In 2008, I received a word that awakened an innate love of writing that had surfaced as a child, and then had lain dormant for over 30 years. A man whom I only met once told me he had a message for me from my Father in Heaven to "be the pen and not the blank piece of paper". Only God could have revealed to him that I was meant to write, since no one -- not even my husband -- was aware that my gift even existed, let alone that it had been inoperative for so long.
He told me that God wanted me to write because He created me to do it, and that it pleased Him for me to use my gift. That's all it took -- there was no question about it; no hesitancy at all. I was simply going to be obedient. That led to three years of writing every single day for the joy it gave me, and for the pleasure of my Father. The result was a novel that I have yet to publish because the goal wasn't to write a best-seller, but to just develop a discipline of writing ... and to please God, of course.
Three years later, I heard a word from Him, myself. I was commanded to write a blog -- this very blog -- to calm the fears of women as we faced a radically changing world. I clearly heard in my spirit that women were frightened about the economy, the constant threats of war and terrorism, the transformation of our society and morals, and the structure of the family, just to name a few. But the Lord told me that in all these matters, I needed to point them to Him. In other words, don't shy away from examining world affairs, but give them courage to face an evolving world by looking at it through a lens of faith and the Bible. Thus, began a season of blog posts on looking at subjects like the Hegelian Dialect, Normalcy Bias, World Politics, Isis, and Prepping.
Then in 2015, God told me to stop looking at the world, and point my audience solely to Him. I wrote about new revelations I was receiving on old, familiar Scripture. And I discussed topics like Occultism and Witchcraft; Power and Authority; and our relationship with the Holy Spirit. And if you've followed the path the Lord has led me on, you now know that He is declaring a new season of writing on the Kingdom of God. 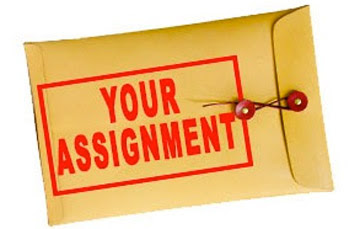 If you would like more information on the ministry of Quantum Mechanics and the healing of the body, visit Natalie Morris at Quantum Command.

1 Corinthians 7:17    May all believers continue to live the wonderful lives God has called them to live, according to what He assigns for each person, for this is what I teach to believers everywhere.