As I commented in yesterday's post, God desires that His plans reach their fullness and potential; His plans for humans and nations. But there is more to this idea of fullness and fulfillment. And I believe we must read the entire Bible -- both Old and New Testament -- to see the big picture of what God plans to bring to fullness.
As we read through the Torah, or Old Testament, it becomes apparent that there are several institutions and systems that seem to never achieve their fullness as God designed them. Let's take a look at just a few of them. The first would be the Judicial System. God set forth a system of government and justice. He appointed wise judges to apply His laws. Their job included not only legal matters, but often included military and administrative authority over the nation of Israel, as well. But as we read the history of the Israelites, we see that God's plan for a Judicial System that followed His commandments and laws was not fully realized. The Ten Commandments, given at Mt. Sinai were broken time and again, and we see that they failed to complete the military conquest of the Canaanite tribes as God commanded them. The Bible says in Judges 2:16-19, Then the Lord raised up judges, who saved them out of the hand of those who plundered them. Yet they did not listen to their judges, for they whored after other gods and bowed down to them. They soon turned aside from the way in which their fathers had walked, who had obeyed the commandments of the Lord, and they did not do so.  Whenever the Lord raised up judges for them, the Lord was with the judge, and he saved them from the hand of their enemies all the days of the judge. For the Lord was moved to pity by their groaning because of those who afflicted and oppressed them.  But whenever the judge died, they turned back and were more corrupt than their fathers, going after other gods, serving them and bowing down to them. They did not drop any of their practices or their stubborn ways. 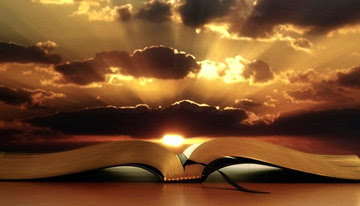 Another of God's institutions that has not seen its fulfillment yet are His Holy Feasts. God commanded the Israelites (to whom we are grafted in) that each of the Feasts were to be "a memorial day, and you shall keep it as a feast to the Lord; throughout your generations, as a statute forever, you shall keep it as a feast". It is important that we recognize that each of these Feasts is part of an interacting and interdependent system of events that form a whole picture of the salvation of man. God instituted them as a reminder to us of His plan to reconcile mankind back to Him. The Spring Feasts of Passover, Unleavened Bread and Pentecost are a dress rehearsal and reminder of Jesus's First Coming and his sacrificial death for the remission and forgiveness of our sins through His shed blood; Christ's resurrection as the first fruits of salvation and our promise of eternal life; and the gift of the Holy Spirit that gives us power and enables us to continue in obedience to a life in Christ.
But we call this system of Feasts unfulfilled because there are Fall Feasts which point to the Second Coming of Christ, which, as we know, hasn't happened. Yet, observing these Feasts, we can look forward with eager anticipation to The Feast of Trumpets. the Day of Atonement, and the Feast of Tabernacles, which are a picture of Christ's return to rule the earth and judge the wicked; to become "at one" with Jesus through remorse and repentance for our sins; and the time that Jesus will dwell with us on the earth during the Millennial Kingdom, before He ushers in a New Heaven and New Earth.
We can also take a look at the Priesthood that God instituted with Aaron and the Levites and see that it was not fulfilled as God planned. From Aaron and his descendants, God has planned for priests to minister to Him in the Temple and to act as mediator between Himself and man. In the Old Testament, the Levitical priests bore the responsibility of overseeing the sacrifices to God required by the Mosaic Law.  But the Levitical priesthood was never meant to be permanent. We Believers of the New Covenant know that Jesus came to end that sacrificial system and became our High Priest. But we also know, according to 1 Peter 2 and Revelation 1 that we are joined to Christ, who has "made us a kingdom, priests to his God and Father". Furthermore, the fulfillment of this truth will see us reigning as kings over the earth with Him when the fulfillment of God's plan takes place.
So, when we take the whole of Scripture into account, I find it is a mistake to declare that the Old Testament shows that these institutions and systems (which also include the Agricultural System and the Settlement of the Land) have fallen short, never to reach their full potential. But if we look closer at the Old Testament, we will see that it actually prophecies future fulfillments yet to come.
The Book of Isaiah prophecies of these future fulfillments: Isaiah 2 describes the Millennial Kingdom in which “the Torah will go forth from Zion”; Isaiah chapters 60 to 66 speak of a renewal of Zion and resettlement of the land; Isaiah 66 makes reference to food laws, Levites, new moons and Sabbaths. The last 9 chapters of Ezekiel have a lot to say about future fulfillments of God's plan. A new Temple is built, described in utmost detail (chapters 40 to 41), that is then filled with the glory of God (chapter 43), with a new priesthood and sacrificial system (chapter 44), including all the feast celebrations (chapter 45), led by the Messianic King (chapter 46), in a renewal of nature and agriculture (chapter 47), and resettlement of the land according to the tribes of Israel (chapter 48).
But that's not all. The end of the Book of Joel describes a restoration of Zion both spiritually and economically after the events of the end times. Micah speaks of the former kingdom being reestablished. Zechariah 14 also describes a restoration of feasts and Temple worship after the Second Coming of Messiah.
Can you see how the Old and New Testaments are a complete picture of God's redemptive plan for mankind? What might look like unfulfilled promises in the Old must be taken in conjunction with the prophecies that find their fulfillment in the New Testament. When read through this lens, it's not hard to see that there will be a renewal and observance of the Torah during the Millennial Kingdom with the priorities and significance of all that Jesus taught. The bottom line is that the Gospel of the Kingdom that Jesus came to declare will be fulfilled in the Millennium; and it will establish God's original plan for order on the earth for Israel and all the nations. God has unfinished business on the earth, but as Scripture shows us, the fullness is yet to come and it will happen! Praise God!

Thank you to Asher Intrater, founder and apostolic leader of Revive Israel Ministries, and a Messianic leader in Israel, for his insight on the fulfillment of God's promises and plans for the redemption of all mankind.