Her Children Rise Up And Call Her Blessed

Today, I just want to give a testimony about a beautiful thing I have been privileged to witness in the Body of Christ. Among Christian women, I am seeing a turning away from all that the secular world has tempted us with in the last 50 years or more. This is not going to be a rant against "feminism", but rather, a word of support and appreciation for women who are embracing their Biblical roles as Mothers and Wives.
Yes, it is good that around the turn of the 20th Century, women were given the right to vote and the ability to own property. Any restrictions in those areas in the Bible seem to be more about the historical Middle Eastern culture than God specifically forbidding it. But, I daresay that within my lifetime the battle for sexual and reproductive rights, and equal opportunity in education and the workplace, have resulted in millions of babies being denied the life that God created, and millions more who have been denied the nurturing presence of their mothers during their formative years. 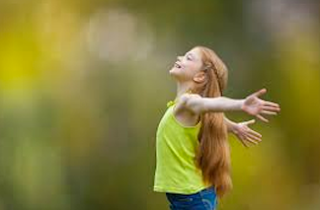 I am not trying to repudiate the working mother. I know it is a tough decision to make in these economic times. But child psychologists have noted the positive results [in children] when mothers have sacrificed their personal goals to be present in their child's early years. The bond between a mother and child in those first years will influence the emotional stability of the adult. A mother is the best example of trust and security, sensitivity, and how to be kind and loving that a child will ever receive. Of course, these are all important attributes of a healthy child growing into a healthy adult. But what more does a Christian mother bring to the table in raising a thriving child?
I can tell you that I am extremely encouraged by what I have been witnessing within my circle of mothers with young children. Mind you, I am able to witness and discern the advantages these children will have from a "seasoned" perspective. I come from the Baby Boomer generation -- the generation who was tempted to abandon the traditional roles of mother and wife. The women I have observed are representative of Generations X, Y, and Z, and for the most part, have swum against the tide when it comes to rearing their children.
The results?  I am seeing children who are happy and creative; children who are allowed to develop their own unique personalities [instead of having to suppress their individuality in the rigid settings of daycare centers or after-school programs]. But even more, I am seeing small children being taught to hear from God through their imaginations, and children who know how to apply Scripture to specific situations -- not because they have been taught to memorize the Bible or are pretending to communicate with God, but because they actually believe that prayer works. These are children, who in the innocence of their faith, simply believe that God wants to talk to them because He loves them, and so it is easy for them to hear Him! These are children, whose mothers model what it is to sing praises to the Lord.... who pray openly in their "special prayer language", encouraging their children to develop their own ....  mothers who take their children to the bedsides of sick relatives to lay hands on them and pray for healing ... who never miss an opportunity to model Kingdom living in this fallen world.
I have to tell you that there is a Light in these children that is noticeable. It is a Light that I pray will never be extinguished by the Spirits of Doubt or Unbelief that have smothered so many adult Christians. What would it be like if we could raise a generation of children who simply trusted God and His Word, without question? Children who walked in a supernatural identity? Who weren't swayed by the desire of material possessions, or defeated by their "lack", and instead knew they possessed the "riches" of the grace of God and the "riches" of their inheritance in His glory? 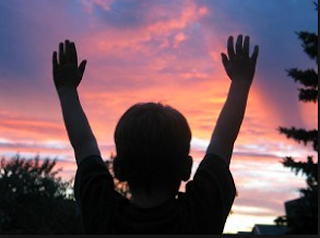 What if we raised children who, when asked where they'd like to meet with God, could answer, "The Eiffel Tower" and actually understood that to be a real possibility for their spirit? Or kids, when asked what God had shown them in the spirit, answered "An open door, with a bright light shining through"? What effect would that have on the Kingdom of Darkness? Do you think Satan would find that generation to be easily tormented or afflicted? Do you think they could mount up on eagles, run and not grow weary, walk and not grow faint? Do you think they would expect miracles rather than disasters? See possibility where others see hopelessness? Assume their position of Authority and exercise the Power of God?
Just think what the world would look like if it was populated with children raised in that kind of atmosphere! As they grow into adulthood, we actually might see the end of drug addiction, child pornography, sex trafficking, and all of the Enemy's weapons to kill, steal, and destroy our bodies, souls, and spirits. I truly believe there is an army of children being raised to do spiritual battle for the Kingdom of God, and I see it before my eyes. It's my prayer that these faithful mothers, who have been transformed by the power of God in their own lives, will be fortified and strengthened to equip their amazing children to walk as giants of faith. I thank You, Father, for allowing me to witness the rise of Spirit-filled children.  And I praise You, Father, for Your mighty work in their devoted mothers!

Proverbs 31:25-29          Bold power and glorious majesty are wrapped around her as she laughs with joy over the latter days. Her teachings are filled with wisdom and kindness as loving instruction pours from her lips. She watches over the ways of her household and meets every need they have. Her sons and daughters arise in one accord to extol her virtues, and her husband arises to speak of her in glowing terms. “There are many valiant and noble ones, but you have ascended above them all!”

Email ThisBlogThis!Share to TwitterShare to FacebookShare to Pinterest
Labels: Child of God