As Mark and I began to progress in our Deliverance Ministry, it didn't take long to see that the Lord was taking us to ever higher levels of training in getting His people set free. Of course, there has always been one constant at the root of everyone's bondage ... Sin; whether their own or sin that was committed against them.
Forgiveness is always the vital first step to freedom, but as we've obediently opened our doors to all those whom the Lord has directed to us, it has become clear that calling everything "sin" hasn't always led to immediate freedom. If it was that easy, then there would be a formula that worked for every pain or wound the devil inflicted. But the Lord has surprised us with new revelations of His spiritual mechanics in every deliverance session we have partnered with Him.
So how has this changed how we look upon the sins of man? Well, first of all, Mark made a fascinating discovery during our morning Bible Study. In Psalm 32:5, King David says, I acknowledged my sin to you, and I did not cover my iniquity; I said, “I will confess my transgressions to the Lord,” and you forgave the iniquity of my sin.
Within that simple and familiar verse we see three different kinds of "sins". We have sin, iniquity and transgressions. Granted they are all expressions of evil and lawlessness against God. And granted, God will judge all three. But it's important to know if there is any difference between these "types" of sin. And are all sins equal in God's eyes? 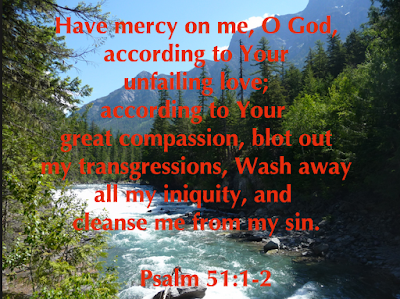 I'd first like to make some general statements about sin that we can all agree upon.  When it comes to our eternal salvation, we can look upon the consequences of all sin as the same: separation from God. And, yes, Jesus died for all our sins. But the Bible is also clear [in 1 John 5:16-17] that there is sin that "does not lead straight to death" (from which effective prayer is able to rescue the sinner), and sin that "does lead straight to death" (these are called mortal sins, and prayer will not bring redemption). All wicked actions are sin, but not every sin leads to death.
Then there is the sin of "blasphemy against the Holy Spirit" for which there is no forgiveness. This is an eternal sin. And in Jesus's appearance before Pilate, He tells the Roman governor, "The one who handed Me over to you has greater sin", giving further evidence that there are levels of sin in the eyes of God. So, now let's return to these enigmatic terms of sins, iniquities and transgressions. Although the teachings of the conventional Church may lump them all in the same category, a careful study of the origins of these words will dispute that assumption.
SIN: It comes from the Hebrew word chattaah, meaning "an offense and its penalty". According to Strong's Concordance, the basic nuance of this word is "sin" conceived as missing the road or mark, and for the most part represents a sin against God. In response to our recognition of sin, men are to re-turn [turn again, or turn away] from sin, which is a path, a life-style, or act deviating from that which God has marked out.
INIQUITY:  It is the Hebrew word avon, meaning a moral evil with an attached level of perversity; to be crooked or bent with perversity; wicked or offensive due to a perverse or mischievous act. Iniquity insinuates a perversion of intent (a bending of righteousness and virtue, or of moral goodness into willful disobedience). It is an offense towards God's law and His Holiness, enacted with deliberate purpose.
TRANSGRESSION: This is the Hebrew word pesha, which means a revolt or rebellion (either national, moral, or religious in nature) from a Right and Just authority; to offend, rebel, or revolt. Once again, according to Strong's Concordance, this word signifies willful deviation from, and therefore rebellion against, the path of godly living. In general, it points to one's relationship with God -- to rebel against God's authority with a specific goal of independence in mind -- or in a more radical sense, it is the state of rebellion in which there is no end of the rebellion in view; it is no longer goal-oriented, but indicates an apostate life.
So, can you see the progression here? Sin, if left unchecked, leads to a progression of [and to] continual sin, ultimately reaching a point called a "reprobate mind". This is dangerous ground upon which to tread. Once the human mind [conscience] reaches the debased state of a reprobate mind, Scripture likens it to being "seared with a hot iron". I always struggled with the connotation of that phrase, but now it makes perfect sense in this context: when an object is seared with a hot iron, it is rendered insensitive; no feeling. When a person reaches this stage, their sin has dulled the sense of moral right or wrong. They have become numb to the warnings of the Holy Spirit and have reached an unrepentant state.
So, why is it important to differentiate between these various states of sin? I believe it's important because it points to the character and mind of God, in that the Bible makes it clear that some commands of God are more important [and weightier] to Him than others. Therefore, it stands to reason that some offenses/sins/violations hold more weight with Him, as well. Those who have sunk from sin into deliberate and perverse transgressions are in serious doubt of being led by the Holy Spirit. It is a continual walk with the Spirit and in the Light of Christ that bespeaks a life transformed by the Blood of the Cross.
If we have a Brother or Sister in Christ whom we see worshiping money or influence as an idol, versus a professed Christian whom we know is involved with secret societies, child porn, or sex trafficking, don't you think our approach to their freedom is going to be different with each one? This understanding certainly guides the way we partner with Jesus in a Deliverance session. And I believe knowing the differences can be a check in each of our individual spirits -- when you are aware of the differences in depravity, it is easier to recognize and evaluate our own need for cleansing and purification. This information is just one more piece of knowledge that helps us to grow into the image of Christ. If nothing else, this information underscores the substance of Proverbs 1:7... The fear of the Lord is the beginning of knowledge; fools despise wisdom and instruction.

Email ThisBlogThis!Share to TwitterShare to FacebookShare to Pinterest
Labels: Sin