The Spirit Is Moving!

While a majority of Christians in the U.S. are embracing their Christmas traditions, I am sensitive to a greater sentiment for rejoicing.  I am sensing a connection among Spirit-led Christians, while at the same time, an expansion of where the Spirit is leading us.  I know that may not make much sense, so let me see if I can expound on this premise...
Until very recently, I have felt as if the Lord had called Mark and I to a solitary place; a calling that seemed to almost isolate us from the Body of Christ.  I knew He was doing a work in us and preparing us for a unique and, perhaps, even greater service than what we experienced within the corporate body of the Church.  But now I'm discovering [and recognizing] those that have experienced the same "calling out", so to speak, and have been on their own individual paths of serving the Kingdom.
And now, the Lord is connecting us, each with his or her individual and particular assignment.  And when we come together, it is expanding our ability to reach the Lost and the Saved! Because, as I have said before, [quoting Dr. Charles Kraft], our churches are full of wonderfully saved Christians who are still in bondage. And [quoting the Lord], the harvest of the Lost is great and the Laborers are few. 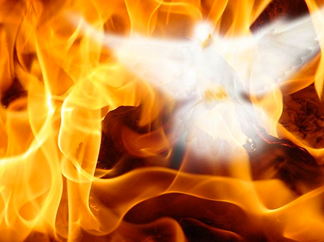 Luke 16:16   The Law and the Prophets were until John [the Baptist]. Since that time the Good News of the Kingdom of God is being proclaimed, and everyone with the utmost earnestness and effort is pressing into it for his share in it. (The Expanded Greek Translation)

Email ThisBlogThis!Share to TwitterShare to FacebookShare to Pinterest
Labels: Holy Spirit, Power and Authority, The Church