Nuggets of Revelation From The Book Of Acts

After watching the movie, The Last Reformation, God has put it on my heart to do a serious study of the Church in the Book of Acts. It is really the only model we have been given from the Word of God about a Holy Spirit-led Church. And by what other means would we want to be led?
Both History and Scripture have shown us that when we are led by men and their traditions that we get an incomplete picture of how God wants us to worship and respond to Him.  The Bible plainly tells us that the Pharisees and the Sadducees got it wrong.  And Paul was constantly warning the small home churches to be careful of false teaching and the evil spirits that were behind the men who would try to deceive them.  For centuries, his warning that there would be those who would "fall away from the faith" has haunted the Church.
A careful study of history shows us that the Emperor Constantine set the stage for a wrong turn in the Church that we still haven't recovered from.  Further separation emerged within the Church with the advent of different denominations -- all of whom got some aspect of Jesus's Great Commission right.  But no Church has walked in the fullness of Jesus's teaching as much as the First Century Church that we see in the Book of Acts.
That has made it worthwhile for me to dive deep and try to see how I can replicate that model.  And it doesn't take a whole congregation to be defined as the Church.  Wherever two or more are gathered, Jesus is there, and able to lead us into His Righteousness and Truth, which should be the goal of all Christians -- whether it be individually or corporately. 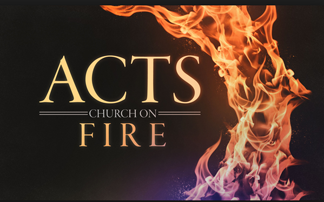 John 15:8    "By this My Father is glorified, that you bear much fruit and so prove to be My disciples".