"But This Scares Me"!

That is probably the most common response I get when I suggest that we, as the Body of Christ, should be doing the things that Jesus commanded His Disciples to do to advance the Kingdom of God.  I realize that the idea of stepping out and laying hands on someone to heal them, or having the confidence that we could stand up to a demon and command it to leave a person are unfamiliar concepts to most of this generation of Christians.  Those activities are usually assigned to "charismatic" movements, which the more traditional (and dare I say) "powerless" denominations oftentimes want to label as being on the fringe of Protestantism.  Combine those deeds with speaking in tongues and, well, the conversation is over. 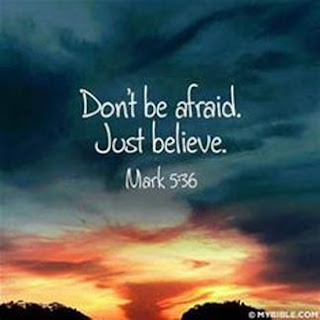 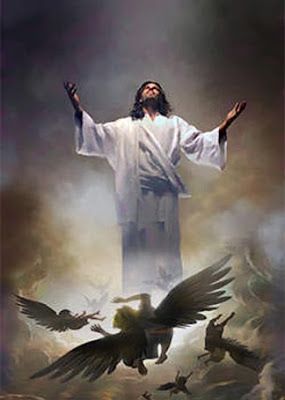 Prayer plugs us into the power source, connecting us to God and allowing His power to flow to us [through the Holy Spirit] for any battle we may be facing.  It is easy to think that we are battling natural forces or enemies.  But behind these natural enemies are spiritual forces that are opposed to the Kingdom of God. And besides the Holy Spirit and the Word of God, Jesus has given us spiritual weapons that include Prayer (plugging us into the power source); Fasting (helps to break the power of pride and rebellion, and humbles the soul); Authority (given by Him to tread on the power of the Enemy); Binding and Loosing in the Spirit (with legal authority, as spoken in Matthew 18:18); Praise and Worship (which connects us to the presence of God); Prophetic Anointing and Words of Knowledge in the Spirit (which break down strongholds established by the Enemy).
If you carefully study the Word, you will find that Jesus used all these weapons in His destruction of the spiritual works of the devil.  And we must not forget the Spiritual Armor that Paul speaks of in Ephesians 6.  This is armor that God gives us to protect us in the fight we will most certainly be engaged in.  It is my sincere belief that this armor is given to us precisely so we will get on the battlefield.  I do not think it is given to us with the idea that we are to sit safe and secure in our bunkers, while the battle rages on all around us. Jesus engaged on the front lines of the battle and so should we!
By now, I'm sure that you have a pretty clear idea that I wish to encourage every Believer to renew their mind in the matter of the Power of the Church.  When Jesus makes the statement in Matthew 16:18 that the gates of hell will not prevail against His Church, it is important that we understand [in the culture of His day] that the importance and strength of "gates" made them viewed as synonymous with power; in this case, figuratively as the power of hell. It is pretty clear to me that He is saying there will be a power struggle on earth between the power of hell and the power of Heaven as exemplified through the Church .  But in order for hell's power not to prevail (win), then we need to strap on our armor, secure our weapons, and get in the fight.  Just wearing the armor for our protection [with no action on our part] will not win the war.
Now, I know there are those who will quote Scripture that says the Battle is the Lord's; it is not yours.  That was so in the Old Testament and before Jesus came and transferred the Father's Power and Authority from Himself to us.  We are now commanded to continue His works against the devil.
So, can I tell you that Jesus has called us to a life of comfort, peace, and joy? And that there is nothing to fear? That is certainly what He desires for us. But we have an Enemy who wants to kill, steal, and destroy our lives and that means we need to plug into our Power Source, strap on our armor, and be prepared to battle for our King and His domain here on earth!
When God came to earth as His Son, Jesus Christ, the Kingdom of Heaven collided with the Kingdom of Darkness here on earth -- and mankind experienced a real encounter with God, Himself. That encounter exhibited the power of God in signs and wonders through Jesus Christ.  That power was never designed to fade away.  We have access to it [through the Holy Spirit] to invade the nations and demonstrate what an encounter with God looks like.  With more encounters, comes more Heavenly power, with the result that the works of the devil will be destroyed ... and the powers of hell will not win against The True Church of our Lord!

2 Corinthians 10:4    "For the weapons of our warfare are not of the flesh but have Divine Power to destroy strongholds".

Email ThisBlogThis!Share to TwitterShare to FacebookShare to Pinterest
Labels: Spiritual Warfare, The Church