As I have shared recently, both my husband and I are doing long-distance Bible studies with people who are new to seeking God.  By that, I mean people who have no experience of being introduced to Jesus in a Church; people who have sat in Churches for years, but realize they don't know their Bibles; and even people who thought of themselves as having faith, but now understand they don't really know this God we serve.  And what a blessing it's been!  It has enabled me to spend time in familiar passages, and it has sharpened my abilities to explain what the Word says and means.  It's one thing to be able to recite Scripture; it's quite another to make the meaning of that Scripture clear to someone else and show them how it affects their lives [both now and eternally].
And it is an awesome responsibility to present God's Truth in the Bible, and not just a religious doctrine or my own interpretation.  Of course all that is part of the discussion, but the ultimate goal is to give each person a foundation of who the Most High God is, His plan for the Ages, the importance of  following His commandments, and the relationship He wants with each of us. And I must admit that I learn more about my Savior and His Kingdom with each venture into the Word. Because there are so many concepts and teachings that we, as Christians, accept without really understanding their significance, I wanted to take the time to explore just one of them. 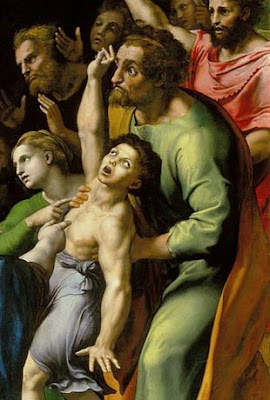 I have long been fascinated by the story of the epileptic boy whom Jesus heals in Matthew 17.  As you will recall, Jesus is approached in a crowd by the boy's father who reports that he had taken his ill son to Jesus's Disciples, but they had been unable to heal him.  Jesus shows His exasperation that the Disciples' faith was so ineffective, and has the boy brought to Him, upon which He rebuked the demon causing the epilepsy and the boy was healed.  The Disciples later approach Jesus and ask why they were unable to drive the demon out.  Jesus reveals that due to their unbelief, they were powerless against the demon.  And then He reveals an interesting bit of information ... But this kind of demon does not go out except by prayer and fasting.  And it is the significance of this verse that I wish to discuss.
But before we approach the substance of this verse (Matthew 17:21), I have to tell you that there are some versions of the Bible in which it does not appear.  However, a more detailed version of this story is rendered in Mark 9:14-29, in which Jesus declares in verse 29 that prayer and fasting are necessary to throw this kind of demon out. It doesn't bother me that this particular instruction appears in one place, but not another, because the Bible, in its entirety, is a complete revelation of God, and it is up to me to seek His Truth on a matter.  That being said, what are we to make of this comparison between faith and prayer/fasting?
If you have any knowledge of religious doctrine, then you are most likely aware how the Church views the subjects of prayer and fasting.  They are often linked together, and as one of my favorite websites, GotQuestions.org points out, "Too often, the focus of fasting is on the lack of food. Instead, the purpose of fasting should be to take your eyes off the things of this world to focus completely on God. Fasting is a way to demonstrate to God, and to ourselves, that we are serious about our relationship with Him. Fasting helps us gain a new perspective and a renewed reliance upon God."  I would agree with that.  Fasting is a way to deny our flesh in order to concentrate on our spiritual connection to God.  But Jesus seems to take it to a new level, doesn't He?  He specifically relates prayer and fasting to casting out a demon!  That's spiritual warfare!
It is also obvious that there are degrees of evil associated with demons ... This kind requires the extra power of prayer and fasting.  This suggests that there are levels or degrees of demons as well as degrees of how we wage spiritual war, doesn't it?  Some demons might be cast out by our own ability [knowing we have the authority to do it]; some by invoking the Name of Jesus; and some even by praying [even from a minimal amount of faith] -- all methods that had been taught to the Disciples by our Lord.  But ones like this one need more than our Authority, our use of the Divine Name, and our weak prayer.  This particular demon needed a higher intensity of power, and Jesus makes it clear that this power comes from seeking a higher degree of relationship with God through the combination of prayer and fasting. 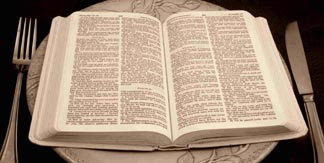 Scripture tells us that the Disciples had been previously successful in casting out demons without fasting.  They had apparently been successful until they found themselves in a spiritual battle over the epileptic boy.  So what is it about praying while fasting that can give us that greater faith to receive a greater power and defeat a stronger form of evil?  I would submit to you that fasting denies our body the distraction of food, and leaves us in a state of spiritual hunger for a deeper communion with God.  Combine this state with an intense level of passionate prayer, and it will release a commitment of Divine Power to defeat the Enemy.
I would suspect that there was a learning curve for the Disciples, and this incident highlights their weak and imperfect faith, while presenting Jesus with an opportunity to add to their education.  In other words, they were developing their spiritual battle plans, and out of this defeat, Jesus had shown them a new strategy. Now, we do not know for sure that they had been previously taught this tactic, but Jesus's exasperation -- He called them an unbelieving and perverted generation, and wondered how long He was going to have to put up with them! -- seems to indicate they had neglected the spiritual preparation to deal with this kind of demon.
But let me ask you this question ... Are we any different than those Disciples?  Do we even recognize that we are involved in a spiritual battle with demonic entities? (At least they recognized that demons are real)! And have we prepared ourselves spiritually for battle -- let alone applied fervent prayer and fasting to our arsenal?
When are we going to learn that we must educate ourselves and prepare to fight a spiritual battle in the spirit? When we seek to commune with God, spirit to Spirit, in prayer from our heart -- and we fast, seeking God out of the hunger in our spirit -- it is a powerful combination that produces a spiritual weapon capable of defeating the powers of darkness and taking back territory [from Satan] for the Kingdom of God. 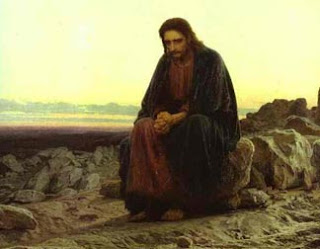 Can we see that fasting and prayer were powerful weapons throughout the Bible?  Moses fasted and prayed for 40 days and 40 nights on Mt. Sinai.  Hannah fasted and prayed for a son, and God gave her Samuel, one of the most important prophets in the Old Testament.  Nehemiah fasted and prayed when he was preparing to return from the exile to rebuild the Temple in Jerusalem.  Esther fasted and prayed when the Jewish exiles in Persia were threatened with extermination by Haman.  Daniel fasted and prayed throughout his exile in Babylon, and God gave Him great visions about what was to come upon the world.  John the Baptist and his disciples fasted and prayed; and the Christians at Antioch fasted and prayed when they sent Paul and Barnabas off on their mission trip.  And, perhaps as the perfect model for us, Jesus fasted and prayed for 40 days and 40 nights to prepare for the ministry God assigned to Him.
By now it should be apparent that fasting, accompanied by prayer, is a Biblical, intense God-seeking that releases an intense spiritual power. And each and every one of the examples of prayer and fasting [in the previous paragraph] resulted in spiritual power and territory that was taken back for the Kingdom of God. And that is the assignment He has given us!  We are to Seek first the Kingdom of God ... and enter into this spiritual battle using strategies Jesus has given us to conquer the dark forces of evil.  Prayer and fasting sounds so easy, doesn't it?  Yet we are have lost the sense of their power in this modern world.  And, sadly, the Enemy continues to take territory from us....

Isaiah 58:6    "Is not this the fast that I choose: to loose the bonds of wickedness, To tear to pieces the ropes of the yoke, To let the oppressed go free and break apart every [enslaving] yoke?"

Email ThisBlogThis!Share to TwitterShare to FacebookShare to Pinterest
Labels: Spiritual Warfare, The Bible