Are We Really Free To Express Our Faith?

You may have heard the recent news story about the lay preacher, Dr. Eric Walsh.  If not, let me clue you in.  Dr. Walsh was offered a job as a district health director for the Georgia Department of Public Health.  Before he could even show up for his first day of work, DPH officers and other government workers began investigating his religious activities.  You see, Dr. Walsh is not only a physician, but a lay preacher for the Seventh Day Adventist Church. 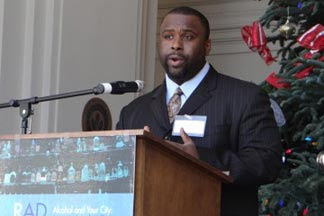 Revelation 2:10    "Do not fear what you are about to suffer. Behold, the devil is about to throw some of you into prison, that you may be tested, and for ten days you will have tribulation. Be faithful unto death, and I will give you the crown of life."