Don't Let Your Guard Down!

What are you most concerned about these days?  If you listen to the media it should be all politics, all the time.  Every website, news program, and talk radio time-slot is consumed with this year's national elections.  I understand that our nation is standing at a precipice, and who becomes the next leader of the United States could well determine whether we continue in a position of power, or fade from history.  (By the way, the origin of that word precipice, is from late 16th Century Latin and denotes "a headlong fall" ... not very encouraging, is it?)
I guess I'm asking because I'm starting to see people becoming more myopic; focused too narrowly on one thing or another that they hope will "fix" our nation and put us back on the path to greatness.  For some, that is hoping that a particular candidate will make good on their campaign promises and turn this big ship around.  For others, it is a big rally in the stock market, because their portfolio or bank balance is the barometer of their future security.  Still others know that these are not real solutions for what ails us, and they either turtle up and refuse to even think about the scary possibilities of the future, let alone take any steps to prepare for a different existence -- or they refuse to even entertain the thought that anything, or anyone, could defeat the mighty United States of America. 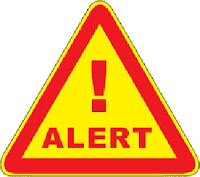 And whether you are a person of faith or not, it seems to me as if we are all hoping, against hope, that we can escape what our very spirits and souls are telling us is imminent.  I am not trying to panic anyone or be a doomsday prophet.  I guess I am simply a realist.  As a Christian, I am secure in my eternal destiny; but I also know that this does not exempt me from having to face some very alarming situations in the present.  Recent events in Europe have shown us that our Western civilization is under physical attack.   Russian fighter planes are buzzing our Naval fleet in the Baltic Sea; coming within 30 feet of the ships' decks.  North Korea's leader, Kim Jong-un, ordered the country's nuclear weapons to be made ready for use at a moment's notice.  I think we can all agree that these are very real threats to not only our nation, but the world!  Yes, as individuals, there is very little we can do about the decisions made by world leaders.  But that doesn't mean we ignore them or fail to consider the consequences of such actions and how they might affect us and our families.
These are examples of actions readily seen by the public eye.  What about covert activities being conducted outside the scope of public scrutiny?  Are you prepared for, or do you even think about, actions that could stealthily endanger you or your community?  Are you paying attention?  Or are you too focused on the big picture being orchestrated for you; or perhaps just the opposite, are you deliberately putting your blinders on and pretending everything is status quo?
I suggest that we all get real, and begin paying close attention to what is going on around us, and here's the perfect reason why.... I am going to relate to you a very concerning situation that has come to my attention through a friend of my husband's who lives out-of-state.  I am not going to reveal any names or cities, because I want you to look at what I'm about to tell you with clear-sightedness; as if this could be any city in the country.  And believe me it could.
This friend is the father of a daughter who attends an affluent private Christian school in a major city in the U.S.  Like any devoted father, he wanted to be involved in a meaningful way with the administration of his daughter's school.  Being a licensed firearms instructor, it was natural for him to become involved on the Security Committee at the school.  As the newest member, he wanted to become familiar with the team that had been hired to provide security for the school and its students.  (I am assuming that because the school is private and in an affluent neighborhood, they can afford to hire security teams, where public schools and perhaps less wealthy schools would not have this opportunity).
You can imagine the concern that this father felt when he discovered that the private security team hired to protect his daughter's school was dubious, and the owner of the security firm raised some suspicions.  Now, before anyone accuses me of being bigoted or conspiratorial, I would remind you that this is a Christian school in an affluent American suburb.  If you can tell me that this would not raise a huge red flag for you, then I would like to remind you of the 2004 Beslan school siege (or massacre, as it was known in Russia), in which 1,100 people were taken hostage (777 of which were children), and 385 died.  It is the opinion of many security officials (and special forces operators) that Beslan was "the dress rehearsal" for more planned takeovers of schools.  If they are concerned, shouldn't we be?
Why do I think that this friend and father has a right to be concerned?  Because our children are our most precious possessions, and the quickest way to bring this nation to its knees, and to rip our souls asunder, is to attack our kids.  Enemy terrorists only have to look at the response of our nation at any school shooting that takes place.  It rips the heart out of this country.
In 2014, author William Forstchen wrote a book titled Day of Wrath, in which he painted an exceptionally vivid picture of this very scenario.  I read it and wrote a post about it, knowing full well that what Mr. Forstchen wrote as a fictional warning was very timely and necessary.  And if you think my friend is over-reacting about his daughter's security team, then I invite you to read the book (and the nearly 1200 customer reviews) and then tell me how you would feel if it was your daughter at that school.
Believe me, I pray that the security team at this Christian school proves to be above-board, a team of consummate professionals, and everyone feels they are the right choice.  But God help us if the red flag that has been raised turns out to be valid.  All I'm saying is that we are living in times that are unprecedented and dangerous.  Our future in this world is precarious, and we cannot afford to be blindsided because we are letting down our guard.  Stay focused, tune in, and pay attention to what's going on around you.  Don't be afraid to ask questions and to demand answers.  And above all else, don't stop praying for God's Mercy on us!