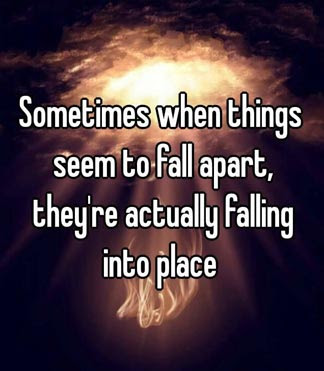 It's not only the fact that the Italian ANSA news service reported that local sources in Syria told them that Islamic State militants stormed the city of Deir al-Zour in eastern Syria over the weekend, reportedly decapitating upwards of 150 people, including women and children, and abducting hundreds more.
It's not just that the assaults and rapes perpetrated against young women in Europe by Middle Eastern refugees is rising at an alarming rate.  And it's not just that Britain's former Archbishop of Canterbury is warning that the Church of England is only “one generation away from extinction", while those of the Muslim faith in that country are exploding in numbers.
And it's not just the scary proposition of a new TV show called Lucifer, which will focus on, you guessed it, Lucifer, "who is bored and unhappy as the Lord of Hell and resigns his throne and abandons his kingdom for the beauty of Los Angeles, where he gets his kicks helping the LAPD punish criminals."  I enjoy a creative and clever show as much as the next person, but this is an example of our culture embracing one more aspect of Satan's deception and attempting to "mainstream" it.  Among other powers, the main character, Lucifer Morningstar, has a supernatural awareness of any person's hidden desires and can compel them to speak the truth. He enjoys using these abilities to expose sinners in public.  I can only imagine how this makes the real Lucifer more attractive and engaging, and will impose his supernatural and satanic influence on gullible audiences.
All these topics and headlines point to the spiritual decline that is descending upon this world.  But there is more .... when Walmart and McDonald's announce significant closures, it signals that our nation's economic foundation is crumbling, as well.  Even when mild recessions hit the economy, stores that offer low cost value such as Walmart, or dollar menus, such as McDonald's were always a good fallback plan for families to stay within tightened budgets.  But the fact that hundreds of stores are closing is pretty good evidence that families can't even afford rock bottom prices.  That means the buying power of Americans is declining, along with the depressing news that even more of those same Americans who worked at those stores will be out of a job.
Then there is the sad state of race relations within this country, when being white is now reason to be ashamed, as evidenced by "White History Month" at Portland Community College.   It all centers around an  "educational project" which explores how the "construct of whiteness" creates racial inequality.  Let me put it more succinctly, according to the description of this project:  Whiteness "does not simply refer to skin color, but [to] an ideology based on beliefs, values, behaviors, habits, and attitudes, which result in the unequal distribution of power and privilege based on skin color."
I know it may sound naive and simplified, but why do we need to look at each other's skin color at all?  Why can't we just love each other based on our hearts and spirits?  I have people in my life whom I love very deeply; family members of every color, including black, brown, white and in-between, and when I look at them I see their eyes, their smiles, and their spirits.  Skin color just doesn't come into play.  We are all children of God and He made every one of us just as He desired.  So why does diversity have to be so labored, so forced?  I know that this is just one more area that is being exploited by those who will benefit from the friction, but I just wish God would make us all color-blind!
So, there you have it ... a pretty wide range of spheres where it seems like it is all falling apart.  Whether it is the continued atrocities perpetrated by evil men; the demise of Christianity in one of Europe's oldest countries; the publicity campaign to reform the reputation of Lucifer; the failing American economy; or the efforts to push the racial divide to its limits, it all spells the same thing.  We are rapidly coming to the point of no return; a time when a difficult or important decision must be made by every human being.  Whose side will you choose?  Will you accept the salvation bought for you on the cross at Calvary?  Or will you foolishly believe that the Prince of this world can offer you a better future?  The signs are everywhere.  He is making his move and we will soon have to declare our allegiance to one or the other.  I beg you ... Spread the Good News of our Savior and shine His light into this Darkness!

2 Corinthians 2:14    "But thanks be to God, who in Christ always leads us in triumphal procession, and through us spreads the fragrance of the knowledge of Him everywhere."
Posted by Pam Kohler at 7:00 AM