Oftentimes, readers of this blog will contact me with issues they feel are important to address.  Such is the case with this post.  A reader’s 16-year-old daughter informed her mother that this was the new course she was taking.  What are your thoughts?  Here are mine:

What do you think of when you hear the word “Apocalypse”?  If you’re a Bible-believing Christian, you’re likely to define the word as the complete and final destruction of the world, especially as described in the Book of Revelation.  If you’re of a secular nature, then the word most likely indicates an event involving destruction or damage on an awesome or catastrophic scale.  And if you’re a member of the Millennial Generation then you probably go straight to Zombies.  So, it should come as no surprise that colleges are now offering various courses such as Social Work 290: Surviving the Coming Zombie Apocalypse — Disasters, Catastrophes, and Human Behavior.
This course is the brainchild of Glenn Stutzky, a Senior Clinical Instructor of Social Work at Michigan State University.  While he was devising his course on disaster management and human behaviors in catastrophes, Stutzky’s college-age grandson had a piece of advice for him…. “Just don’t be boring.” 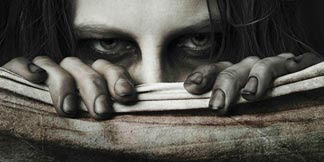 Now, it is only natural that if you’re a professor seeking to teach students how to respond in disasters and catastrophes, that you might turn to the Center for Disease Control’s website to see what information they might have to support your course.  “There, looking back at me was a girl behind some blinds — she was a zombie,” he says.  And that’s when his creative juices started flowing.
He and his creative team developed a new approach to online education they’re calling MOLIE. It stands for a Multimedia Online Learning Immersive Experience, and while it appears to be doing wonders for student involvement, it is leaving me unsettled.
I applaud the instructor’s creative way of teaching his students to explore how society reacts in the midst of devastating circumstances.  And I love the idea of using video and interactive technology to gather information for their research.  And, yes, Stutzky has developed an innovative approach to get his students to work together in specific “real-life” scenarios; by engaging them in the video scenario they discover how they would react.  Some of the information they are provided is encoded. Some of it is garbled and incomplete. But through making decisions, exploring their environment, and solving puzzles, they are supposed to gradually learn more about the unfolding catastrophe and realize that they often have very different responses to it.  All that sounds good, right?
But here is what concerns me about the material in the course.  Imagine you are a student, and there is the information you are presented …. In the Michigan woods, a group of students finds a bloody, unconscious young woman. They go through her backpack and discover a two-way radio but stay well away from her body.  Her arm is wounded and looks badly infected. Maybe she fell and cut herself. Or maybe she’s been bitten. After some debate they decide to tie her to a tree. They want to know if she has information, but some fear she could be carrying a deadly virus.  Most groups restrained her until she regained her health. But fearing her reanimation as a zombie, one group decided to decapitate her.
Does that shock you?  It did Glenn Stutzky because he and his team had been sure to include personal items in the girl's backpack to humanize her. In another incident, the team was surprised when groups refused to help a man pounding desperately on the door of their hideout asking for help. “About half the groups didn’t let the person in."
I realize that Zombies have been the craze for several years now, along with vampires and wizards.  But, at the risk of sounding out of touch, is this really good for our kids?  I am not a supporter of the whole video game industry, due to the violence and dehumanization that it renders in our kids.  This college course seems to mimic that response.  And is it blurring the line of the true significance of the word “Apocalypse”?  Are we diminishing the seriousness of the subject? What is it that these students are really learning from courses such as this? 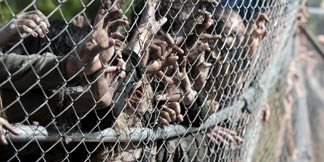 Yes, American's fears of the Ebola virus and the ISIS terror group are similar to those of a zombie apocalypse, but in Social Work 290, Stutzky is learning that those fears could be just as dangerous as the threats themselves.  “With Ebola and ISIS, they represent fears of the unknown and evil,” Stutzky told Business Insider. “It feels like we’re moving into apocalyptic times.”
But are they going far enough with what "apocalyptic times" really means?  While doing a little research on apocalyptic literature, I expected to find references to such Biblical books as Revelation, Daniel, Isaiah and Ezekiel, and their use of symbols, images, and numbers to depict future events.
But I also found it interesting that apocalyptic literature is described as writing to disguise the message in images and symbolism, rather than to give the message in plain language.  Further, the symbolism is created to provide an element of mystery about the details of time and place of the future event.
So, maybe it’s just my conspiratorial mind, but doesn’t this information make you stop and wonder why there has been such an excess of zombie apocalypse movies, TV shows, video games, and books – all generated to capture the fascinated attention of our kids?  And now we have high school and college courses to make it seem even more relevant!
If this whole genre is being created under the apocalyptic theme to “disguise the message” and to keep the future time and place a mystery, should we be reading between the lines?  What are they really trying to tell us?  And even more importantly, how are our kids being conditioned for such a future?
In the Bible, the purpose of such symbolism was not to cause confusion, but rather to instruct and encourage followers of God in difficult times.  But we all know that our students are not given that piece of the puzzle as part of their problem-solving equipment.  They are not taught that The Apocalypse will be the ultimate revealing of God, His wrath, His justice, and, ultimately, His love.  Instead, they appear to be part of a study collecting information on how humans will treat each other .
Does it creep anyone else out, that the Instructor for a college class on Human Behavior during Disasters and Catastrophes would make the following statement:  “We know the science, we know how to [treat Ebola], but my biggest fear is managing the reactions, managing the people, and managing the consequences which will come out of that,” he said.
Am I reading too much into it, or is “managing” the operative word in that statement?  The Bible tells us that there will be massive pestilence and death during the apocalyptic End Times.  And we certainly get that message in the proliferation of zombie “entertainment”.  But don’t we have to ask ourselves where is the message of encouragement and reliance on God in any of these “instructive” endeavors?  And does anyone else find the use of the Zombie theme at the Center for Disease Control just a little disturbing?  I mean, they are supposed to be the leading national public health institute of the United States.  And this is what they choose to represent them?  Seems to me, that the hidden message is that evil will abound and death will reign…. so the only question is, how soon before fiction becomes reality?  Maybe they know something we don’t.

Psalm 78:50   He leveled a path for His anger; He did not spare their soul from death, But gave over their life to the plague...