Pro-Life vs Pro-Choice: It's Unequivocal!

I doubt that anyone in America is unaware of the multiple videos concerning Planned Parenthood ... six, so far.  They have certainly stirred contentious debates across our nation as we are forced to consider the issues that lurk beyond abortion and "a woman's right to control her body".  Naturally, there are those who will fall sharply on either side of the argument -- they either see nothing wrong with what PP chooses to do with fetal tissue procured with the supposed permission of the "donor"; or they are appalled that the bodily parts of babies are viewed as a "fiscal by-product" of an organization that promotes itself as a champion of "maternal and child health services."
Admittedly, any argument will result in a "faith versus viable medical research" conflict.  We, who view this "tissue" as a human baby do not approve of the method by which it is obtained.  So, yes, that means abortion is the underlying issue for us, which is an anathema to our faith.  I do not shy away from that position, nor do I apologize for it. 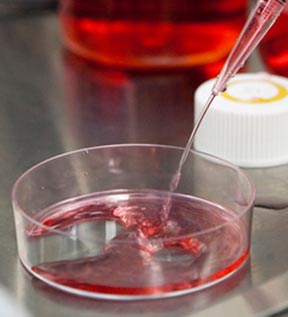 Then there are those who see the retrieval of fetal tissue used in research and therapy as a benefit for the good of all mankind.   Vox.com actually expressed the disparity between the two sides in an insightful manner: "They don't believe a first-trimester fetus to be a living, feeling human being, and so they see the donation of fetal tissue for medical research to be an obvious, unalloyed good. Their critics oppose abortion — they believe abortion to be murder and fetal tissue research to be a form of desecration. Where you fall on the Planned Parenthood videos really reflects where you fall on the fundamental questions of abortion."  So true!
And I admit that I have a problem with people who can somehow find some middle ground on this issue.  For instance, I am somewhat confused by the recent statements of Presidential candidate, Ben Carson.  In response to an inquiry regarding his own use of fetal tissue for research, The Washington Post reports the following response:  "You have to look at the intent," Carson said before beginning a campaign swing through New Hampshire. "To willfully ignore evidence that you have for some ideological reason is wrong. If you’re killing babies and taking the tissue, that’s a very different thing than taking a dead specimen and keeping a record of it... Bear this in mind about pathologists; regardless of what their ideology is, when they receive tissue, they prepare the tissue. They label it. They mark how it got there. Regardless of whether it’s from a fetus or someone who’s 150 years old, they bank them in tissue blocks. Other people doing comparative research need to have a basis. When pathologists receive specimen, their job is to prepare the specimen. They have no job opining on where the tissue came from."
Is anyone else bothered by that reasoning?  Am I mistaken, or is he willing to excuse the procedure (and overlook the moral aspects of it) because it supplies useful research data?  Maybe it's just me, but it seemed a bit callous to say that it is not their job to worry about where the tissue came from.  How can you say If you’re killing babies and taking the tissue, that’s a very different thing than taking a dead specimen and keeping a record of it --- when the dead specimen is the result of killing a baby!  One thing leads to the other!  You can't get that "dead specimen" unless you kill a baby!
And there are always the emotional arguments.  The Blaze reports on the ridiculous position presented by Fox News's Geraldo Rivera, who favors such donations because they are necessary to advance medicine. “I want a cure for cancer. I want a cure for heart disease," he selfishly declares. He then goes on to self-righteously demand that our society needs "good abortions", which he defines as the following: "A good abortion is sitting in a clean place, where the woman’s health is protected! As opposed to a back alley! As opposed to a back alley where the woman dies with some butcher cutting her to pieces!"  What about the babies, Geraldo?  Do you care that some butcher is cutting them to pieces in the process?  How convenient to focus on the mother, but ignore the life that she is sacrificing.
This topic is so divisive and poignant that one cannot compromise on one's position.  There is no middle ground.  And it deeply saddens me that those who are Pro-choice have been so deceived into making this a feminist issue, thereby rupturing one of the most instinctive relationships among the human race -- that of mother and child. Satan has successfully blinded women into rejecting one of their most blessed purposes for existence...giving life.
So, is there anyway to reach the approximate 1.2 million American women who make that choice every year?  The Center for Medical Progress, the makers of the Planned Parenthood videos, have done their best to show the truth behind this "women's healthcare" issue.  God Bless them for their efforts!  And I would like to close out this blog post by sharing a video that you might just want to share yourself.  I ran across it at The Blaze, and was initially skeptical because I did not want to hear another "production" by Glenn Beck.  But I like this video precisely because it does not feature Beck, except in introducing the work of the producer of the video.  (If you want to skip the usual Beck monologue, start at the 1 minute 40 second mark).
As the video states, "Every generation has its defining moment."  What we, as a nation, decide to do with the information we have received from the Kermit Gosnell trial and these Planned Parenthood videos will define us.  The greatest genocide the world has ever known is happening NOW ... and on our watch!  We have killed more babies in this national genocide than over 30 of the most horrific genocides in world history ... combined!  Watch the video to find out the one word by which future generations will judge us as monsters.  The act of abortion represents choices that must be made... and those who participate in abortion don't seem to be considering the baby's choice to life!

Deuteronomy 30:19   "This day I call the heavens and the earth as witnesses against you that I have set before you life and death, blessings and curses. Now choose life, so that you and your children may live."

Email ThisBlogThis!Share to TwitterShare to FacebookShare to Pinterest
Labels: Abortion, Our Culture.