Post-Christian America: "The Benedict Option" vs. "Flying Our Freak Flags"

Let's face it.  Christianity in America is undergoing a change.  We cannot say that we are physically suffering as our fellow Christians in the rest of the world are ... yet.  Our form of "persecution" is mainly cultural at the moment, and the response of the Christian community is fluid and varied.  I recently read two very informative and well-written articles explaining the different ways in which organized Christianity is responding to the changes in this country's religious landscape.  I will now attempt to elucidate the two options, and show how each is not only a valid reaction to the attack on our faith, but a picture of how we might live out our faith in a post-Christian America. 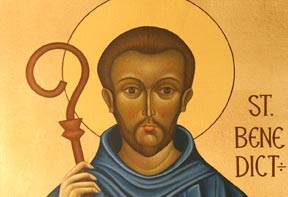 The first option is what is commonly called "The Benedict Option".  And in case, like me, you need to be schooled on exactly what this means, here is my understanding:  "The Benedict Option" is a catch-all name for an alternative lifestyle for Christians who wish to no longer support a culture (monetarily, philosophically, or socially) that they see as flying in the face of their faith.  They no longer wish to perpetrate the corrupt "Babylonian" culture of this country.  As author, Rod Dreher explains it, "The contemporary values of this nation no longer correspond to the values of our faith, and so we seek to construct alternative forms of community that enable us to withstand long-term chaos and the inevitable breakdown of the broader social and cultural order."
What would that look like?  Again, from my limited understanding, it would encompass everything from choosing to detach ourselves from social media and entertainment forms such as TV and movies, to forming literal communities who share the same faith, traditions and social philosophies.  It doesn't mean that groups behave like monasteries, or communes, and deprive themselves of social interaction or community with the culture in general.  It simply means that people choose to surround themselves with like-minded people who share the goal of serving God as the Bible dictates; not as the culture demands, or as a prescribed brand of "American" Christianity.
I can see many Christians naturally following this path.  As we are faced with the reality that Gay Marriage is now the law of the land; and as the leaders of our government have chosen to continue to use our tax dollars to fund an organization that promotes and profits from abortion, it is clear that our beliefs are in conflict with that of the nation.  If we are to be true to our faith and our calling as followers of Jesus Christ, it will be necessary that we strengthen ourselves against the infringement of the culture upon our lives.  I tend to liken it to living "in this world", but not being "of this world".
On the other hand, I guess I would have to say that an all-encompassing term for the second option would be "Unconventional Evangelicalism"; a detaching of yourself from the un-Christian ways of the culture, while at the same time engaging the culture in active dialogue on the social and political issues, from a Gospel perspective.  One of the foremost proponents of this option is Pastor Russell Moore, who will preside over the Southern Baptist Ethics & Religious Liberty Commission’s 2015 national conference.  In his book, Onward: Engaging The Culture Without Losing The Gospel, Moore encourages Christians to embrace the new strangeness that Christianity now represents in a post-Christian America. 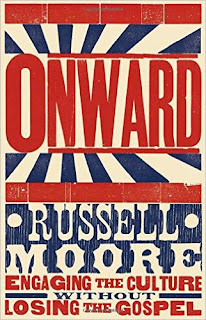 Here's our new reality ... Christians are now seen as outside the "norm" of modern American values.  “Our message will be seen as increasingly freakish to American culture,” he writes. “Let’s embrace the freakishness, knowing that such freakishness is the power of God unto salvation.”
In an interview with Emma Green, of The Atlantic, Moore said he is often approached by people after church, asking if Christianity is dying in America.  “Behind that question is an assumption that Christianity is a sub-culture of American life,” he told Green. “I think what is dying is cultural, nominal Christianity, and I don’t think we should panic about that. I think we should see that as an act of God’s grace.”
Moore explains that the concept of "American Christianity" led to a false perception that Christianity was about God, Country and Tradition ... instead of the truth that its about sin, and Christ, and blood.  Jesus never gave us "a mission to promote ‘values’ in the first place, but to speak instead of sin and of righteousness and judgment; of Christ and His kingdom.”
Moore believes that we need to start looking at ourselves as part of the broader reality of Christianity; not as white, Protestant, American believers, sitting each Sunday in our church pews; but as the Body of Christ in the world... outcasts, and ministering to the needs of those most in need.  How do we do that in our American culture without "losing the Gospel", as his book title proclaims?
I believe that it means we have to represent Christ in a culture that doesn't resemble Him.  What does that look like?  I am often struck by the reluctance (if not outright disdain) that some Christians feel for, say, the homosexual community.  They do not understand how I can have gay friends that I care about, yet still not betray God's commandments against that lifestyle.  For me, it is simple ... Jesus showed compassion and love to the Samaritan woman at the well, and to the adulteress woman brought to the Temple -- while taking the opportunity to share His Message with both and telling the adulteress to sin no more.  How are we to affect the culture, if we do not engage the culture?  How can you share the Good News of Jesus Christ, if you are not willing to develop friendships with those who don't know Him?  Jesus didn't compromise on sin, and neither do I.  But if my goal is to tell someone of the saving power of Christ, how do I do that if I ignore them?
In the end, I agree with both options, and contend that we need to combine these two approaches into a healthy means of living out our faith.  We need to recognize that the image we had of a "Christian America" is no longer applicable to the culture at large.
Let's admit it, those of us who believe that the Bible is the inerrant Word of God, and live our lives accordingly, are most likely in the minority of Americans who call themselves "Christians".  That term is beginning to cover a lot of different belief systems -- from those who accept gay marriage and abortion; to those who believe in the political definition of Social Justice; to those who don't believe in Evil and Hell; to those who think the Bible is no longer relevant ... and they all call themselves "Christians"!
But, that doesn't mean we Biblical Christians stop being who we are -- followers of the Son of God -- and living our lives as He commanded us.  It means that we must both detach ourselves from the un-Godly ways of society, as well as recommit ourselves to the strict spiritual doctrines of the Bible as we proudly and boldly engage with those in the culture who do not agree with us.
To accomplish this goal, it will be much like walking a tightrope, but consider this:  Let's not yield to compromise or concessions in order to make ourselves appealing to the culture.  Instead, let's be proud of how different we appear to the culture, and glory in our "strangeness"; let's be separate, but inviting.  After all, that's how our Lord lived His life on this earth.  He marched to a different drummer within the culture to which He was born; yet, He never compromised His allegiance to our Father, while inviting everyone who "had an ear to hear" to accept the glorious promises of the Kingdom of God.  Sounds like a well-balanced plan to me!

For a more complete understanding of the differences between these two options, click here and here.

Colossians 4:5-6   "Walk in wisdom toward outsiders, making the best use of the time. Let your speech always be gracious, seasoned with salt, so that you may know how you ought to answer each person."