Look What We've Set In Motion!

I guess I shouldn't have been surprised.  It has been less than two months since the Supreme Court's historical decision striking down traditional marriage and conferring the Biblical state of matrimony upon basically everyone, regardless of sex.  In less than two months, the State has begun exerting its power over those who wish to preserve the religious liberty heretofore guaranteed them by the First Amendment.
We have seen County Clerks forced to choose between their job and their faith when they decline to issue marriage licenses based on their religious convictions.  We have seen the growing threat against the tax status of Churches who have stated they will refuse to conduct same-sex marriages. There is also the threat against military chaplains who will not disavow the Bible's teachings on marriage. And now there is the case of a prison chaplain who was told he could either sign a state-mandated document promising to never tell inmates that homosexuality is “sinful” or else the Kentucky Department of Juvenile Justice would revoke his credentials. 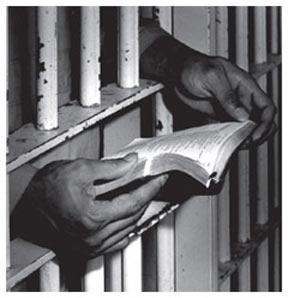 Saying that "it broke his heart", Chaplain David Wells could not comply with the demand and saw his volunteer credentials as an ordained minister revoked – ending 13 years of ministry to underage inmates at the Warren County Regional Juvenile Detention Center.  Those years of ministry included many counseling sessions with youth who were sexually abused both inside and outside the justice system.  Having been abused as a child, Wells was uniquely qualified to help young men deal with the horrors of incarceration and the sexual abuse that often accompanied it.
“I sat across the table from a 16-year-old boy who was weeping and broken over the life he was in,” Wells said. “He had been abused as a child and turned to alcohol and drugs to cope. He wanted to know if there was any hope for him.... I was able to look at him and tell him the saving power of Jesus Christ that delivered me – [and] could deliver him,” he said.  He was able to counsel the young man, that is, as long as he did not refer to Biblical opinions on homosexuality, which would understandably be part of any conversation about prison rape or sexual abuse within the walls of the juvenile institution.
I confess that it was difficult for me to find any solid statistics on the rate of sexual abuse in prison.  There were allusions to it, but often no hard numbers.  And if there were, they seemed incredibly low to me ... one claiming only 140,000 assaults in the entire U.S. justice system, and less than 1500 among juveniles.  Yet the personal testimony in the link above makes it clear that the cases are grossly underestimated.  And that makes Chaplain Wells's dismissal even more tragic.
So, essentially, what we have is this monumental Supreme Court decision that will affect so much more than an individual's right to call themselves "married".  It has the potential to remove all Christian influence from our cultural conversation.  There is now no absolute moral code.  The Supreme Court has essentially ruled that individuals have civil rights based on their sexual behavior, whatever that might be.  For now, that has been expanded to mean two men, or two women.  We are already seeing challenges to that.
A man in Montana plans to sue after being denied a marriage license to wed a second wife.  And can you really say that you do not foresee someone who wants to marry his pet, which constitutes what the Bible calls Bestiality?  And what about a personal robot?  Think that's preposterous?  Just read this article that presents all the arguments we can expect to hear in the near future. 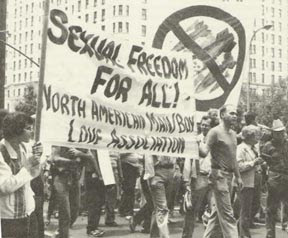 And then there is the abhorrent organization NAMBLA (North American Man/Boy Love Association) which was founded in 1978 and whose aim is to overturn statutory rape laws and force the reduction of “age of consent” laws that require a child to be of a certain age (which varies by state) before they can agree to sexual intercourse.  (Please know that, in general, the LGBT community is just as appalled by this organization and disassociates themselves from NAMBLA).
I can remember Dr. Laura warning of this organization 20 years ago, and she was nearly laughed off the airwaves for even suggesting that this group existed, or that they promoted and "celebrated the dignity inherent in the natural love of boys."  That's called Pedophilia by any other name.  Yet how long before their individual civil rights will be upheld by the Supreme Court?  If it is the law of the land that one's civil rights cannot be denied on the basis of sexual behavior, what limitations have been put in place?  None that I can see.
While I truly believe that our lost society will eventually embrace all these aberrations, as eccentric as they seem, I also have profound confidence in the power of the Holy Spirit to enable those of us who believe in the Word of God to resist these societal changes that fundamentally contradict our faith.  But we must expect pushback and resistance.  Indeed, because we have been silent too long, and have tried too hard to be accommodating and "politically correct", we are now paying the price that comes with compromise, and it will result in social conflict.
But we must not draw back or shrink from our commission to speak God's commandments into the world.  We understand, like Chaplain Wells, that our Christian influence will be limited by the State.  But God will anoint us with powerful testimonies that will overcome the barriers erected by men.  Like the mighty Apostles of old, we will come back from apparent defeat.  We will not be intimidated; and the strength and boldness that comes from the indwelling Spirit will be evident to all.  So, while the future is unforeseeable, we can be sure of one thing ... the Lord will tolerate only so much transgression before He sets things aright.  And with possibilities such as the aforementioned, we certainly seem to be nearing that limit...

2 Chronicles 16:9    "For the eyes of the Lord run to and fro throughout the whole earth, to give strong support to those whose heart is blameless toward Him. You have done foolishly in this, for from now on you will have wars."