An Old Lesson On Liberty 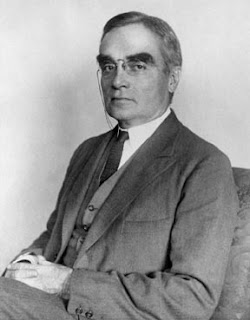 I want to share with you a speech that was given on May 21, 1944, in New York City's Central Park.  It was given by Judge Learned Hand, who first served on New York’s District Court, then on the U.S. Court of Appeals.  Judge Hand’s legal decisions were so respected they were referenced in U.S. Supreme Court cases.
His judicial opinions were time-honored; it is my viewpoint that we should revisit his decisions on cases such as the one which considered a citizen's duty in paying taxes (“Anyone may arrange his affairs so that his taxes shall be as low as possible;. … Nobody owes any public duty to pay more than the law demands”); and his decision on limiting free speech if its goal is to overthrow the Constitution and set up a government which would not allow free speech. Doesn't that sound like a breath of fresh air in this age of judicial activism?
But the real purpose of this post is to let you contemplate his words to a crowd of nearly one-and-a-half million people, just two weeks prior to the D-Day invasion.  The place was Central Park, and it was the site of the annual “I Am an American Day,” including 150,000 newly naturalized citizens about to swear their oath of allegiance to the United States.
The United States had been mired in WWII for nearly 3 years, and while patriotism was running high, the weight of the war was resting on everyone's shoulders.  But none of the speeches that day -- including those by New York Mayor LaGuardia, Senator Wagner and clergymen of Protestant, Catholic and Jewish faiths -- spoke to the crowd like that of Judge Hand.  The title of his short speech was "The Spirit of Liberty", and I'd like you to read it and see if it still applies to today....

“We have gathered here to affirm a faith, a faith in a common purpose, a common conviction, a common devotion. Some of us have chosen America as the land of our adoption; the rest have come from those who did the same. … We sought liberty; freedom from oppression, freedom from want, freedom to be ourselves. …
I often wonder whether we do not rest our hopes too much upon constitutions, upon laws and upon courts. These are false hopes; believe me, these are false hopes. Liberty lies in the hearts of men and women; when it dies there, no constitution, no law, no court can even do much to help it. … 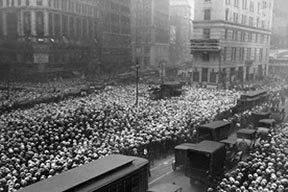 This speech was given 71 years ago.  Do we still retain that Spirit of Liberty in this country?  Do our judges and rulers still recognize that the spirit of liberty is born from the spirit of Jesus?  That it is God's Kingdom we should seek, rather than our own?  Would he recognize us as the same America?
The good Judge was fervent in his belief that there was a destructive nature in political correctness and the labeling of someone’s opinions as “hate speech”.  He had this to say on the subject:  “That community is already in the process of dissolution…where faith in the eventual supremacy of reason has become so timid that we dare not enter our conviction in the open.”  Sadly, I fear that reason has been replaced by the pursuit of one's ideology at all costs.
And Judge Hand must have sensed that agenda as well.  He was clearly clairvoyant when he made the following statement:  "I confess it seems to me that we are pretty plainly headed for some fairly comprehensive collectivist ordering of industry; people don’t want it. … Can you have a collectivist democracy? The future has all sorts of creatures in its womb. … There seems to me great obstacles; a society in which the individual’s fate is completely in the hands of the government can scarcely manifest itself as a succession of resultants of ‘pressure groups’ – it won’t stand up."  Apparently, no one told Cloward and Piven that!
In looking back on his legacy, I find it ironic that Judge Hand was nicknamed “the tenth Justice of the Supreme Court.” Boy, could we use him on the Court today! He died 54 years ago yesterday, and it is a sad commentary on the current state of our country that I doubt he would get more than a handful of people to show up to celebrate an "I Am An American" Day, or to hear him speak about Liberty.  But perhaps we should listen to his opinion on history ... "The use of history is to tell us … past themes, else we should have to repeat, each in his own experience, the successes and the failures of our forebears.”  May future generations look back upon this time in our nation's history and celebrate how we snatched victory out of defeat... and may we finally learn that two-thousand-year-old lesson of Liberty that we so desperately need to grasp.

Thank you to Bill Federer, writer for WND.com for his inspiring article on Judge Learned Hand.

Job 8:8-10    "For inquire, please, of bygone ages, and consider what the fathers have searched out. For we are but of yesterday and know nothing, for our days on earth are a shadow. Will they not teach you and tell you and utter words out of their understanding?"