Let Me Make Myself Perfectly Clear ...

At first, this post might seem designed specifically for Christian Believers, but I think it is an important topic for secular readers, as well.  We all need to understand each other and our different opinions concerning the land of Israel.

This subject has been on my mind for some time, and I don't really have a long explanation of my position, but it is something that I think needs to be clarified.  Whenever I write about my Biblical view of Israel and my interpretation of their role in these End Times, I am often called a "Zionist Christian" and I am often typecast with labels like "your pro-Feast, Jewish flair" .... whatever that means.  So perhaps it is time to just give readers a short explanation of where I stand on Israel and how I view her.
First of all, when I speak about Israel, most times I am referring to the land according to my Biblical worldview.  I see the nation of Israel as that land promised to God's Chosen People in the Bible.  And I recognize that there is a distinction between the future restoration of that land, and the existence of the current state of Israel.  I know that Jesus will not return again until God turns the focus of His saving mercies on Israel again, and Israel responds to God through Jesus Christ.  That hasn't yet happened in a national sense.
In fact, there is not much about the modern state of Israel that coincides with the Biblical Israel.  And that's where the confusion over "Zionism" comes in.  Let me explain this term from my Biblical perspective first.  From an initial understanding of the word "Zion" in the Bible, it is synonymous with city of God, and it is a place that God loves.  (Psalm 87:2-3).  Zion is Jerusalem. Mount Zion is the high hill on which David built a citadel.  After King David's conquest of the ancient city, he built his royal palace there, and Zion/Jerusalem became the seat of power in Israel’s ancient kingdom.  When his son, Solomon, built the Lord's temple in Jerusalem, the word Zion expanded to include the temple area, what we call the Temple Mount today. 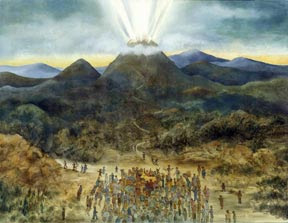 As Biblical time marched on, Zion grew figuratively to mean Israel as the people of God in the Old Testament.   In the New Testament, Zion refers to God’s spiritual kingdom.  I admit it is confusing and covers a wide scope of understanding.
And to make matters even more complicated, the word Zion and Zionist have taken on negative connotations among a wide variety of people.  There are those who see the reestablishment of a Jewish homeland as illegitimate.  And there are obviously those who do not know the history of the Bible, or what it says about the Jews and their ancestral land, and why it is so important to them.  For centuries the Jews had been exiled around the world from the land that God promised them, and there was a collective desire to return and resettle their ancestral lands and to revitalize and cultivate their native Hebrew culture.  They longed to return to the Biblical Zion.
But after the atrocities of the Holocaust and with the establishment of the Jewish state in 1948, this love of Zion became a nationalistic and political movement, rather than a religious or cultural identity.  Zionism, today, continues primarily to advocate on behalf of Israel and address threats to its continued existence and security.  It has little to do with God's view of Zion.
Let me be clear in explaining my sensitive position, and please read the next couple of paragraphs before you pass judgment ... the state of Israel, as it exists today in the Middle East, does not represent the Israel that will say, "Blessed is He who comes in the name of the Lord."  They are largely a secular and political state, with no religious connection to Yeshua, their Messiah at all.  They are true political Zionists.  However, the population also includes a sizable number of religious Orthodox Jews who remain blinded to their future, and most probably view themselves as Zionists from a historical, Old Testament perspective.
This Israel has a long way to go to return to their Scriptural identity. They are still in rebellion and refuse to recognize their Creator and Messiah.  Tel Aviv has declared itself the "gay capital of the world", as proclaimed by this Israeli citizen:  "Israel isn’t a regressive Taliban state based on ancient scriptures. It is a modern, democratic and progressive society built on democratic values. The people of Israel have chosen to have a free, secular, democratic and pluralistic society whether gays are not only tolerated, but where gay culture is celebrated."  Does this sound like the Biblical Zion?
Now, having said all this, when I look at modern Israel, I am focused on the small, but growing numbers of Messianic Jews who see the real reason they are "back in the land", and who recognize their calling and purpose.  When I say I love and support Israel, I am looking beyond the nationalistic, political reality of the current state of Israel and seeing them as God sees them... His beloved Zion; I see the devoted Jews who have surrendered their lives to their Savior Messiah and are faithfully awaiting His return.
So, for you Christians who believe in Replacement Theology and accuse me of supporting a Zionist state, you need to understand that I do not share your doctrine.  I do not believe that the Church (and especially not the Western Church!) has replaced Israel as God's chosen people.  I read Romans 11 and do not try to corrupt it.  I accept it word for word ... Gods gifts and His call are irrevocable [He never withdraws them when once they are given, and He does not change His mind about those to whom He gives His grace or to whom He sends His call.] ... And so all Israel will be saved. As it is written, The Deliverer will come from Zion, He will banish ungodliness from Jacob. And this will be My covenant (My agreement) with them when I shall take away their sins.
And for the secularists and atheists who discount the Word of God, I will agree with you that the Zionist State of Israel is not perfect.  I do not blindly uphold it as the Israel of the Bible.  But you need to understand that it is not yet that Biblical nation of Israel with whom God established a covenant .... but one day it will be.  And it is the future Israel that I pray for and long to see come out of its rebellion and recognize its Messiah.  I have close friends who are the beginning of that true Biblical remnant in Israel, and they allow me to see the hope and the promise of Israel's restoration.
I do not expect this post to change anyone's mind, and it probably won't even help those who disagree with me to understand my position better.  So, let me take one final stab at it ... I love Israel through a Biblical lens; I pray for her to come out of her rebellion and reclaim the covenant of her  ancestors Abraham, Isaac, and Jacob; and I long to see her restored to the fullness of her power in God; restored to her true character; and her purpose restored in leading the world to Yeshua.  For all this, I make no apologies.

Isaiah 51:16     And I have put my words in your mouth and covered you in the shadow of my hand, establishing the heavens and laying the foundations of the earth, and saying to Zion, ‘You are my people.’