The tragic death of Kate Steinle by an illegal immigrant in the sanctuary city of San Francisco, coupled with Presidential Candidate Donald Trump's spotlight on our undefended southern border, has FINALLY forced the U.S. Congress to listen to the American people about the illegal alien problem in this country.  But for Laura Wilkerson, it is nearly 5 years too late. 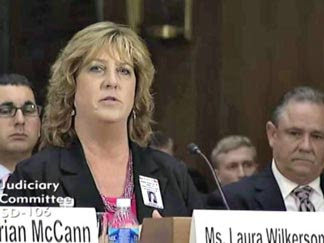 For more of Laura Wilkerson's testimony and the story of her son, Joshua, please click here.

1 Peter 2:13-16    "Be subject for the Lord’s sake to every human institution, whether it be to the emperor as supreme, or to governors as sent by him to punish those who do evil and to praise those who do good. For this is the will of God, that by doing good you should put to silence the ignorance of foolish people.  Live as people who are free, not using your freedom as a cover-up for evil, but living as servants of God."