Do Not Put Your Trust In Man!

Unfortunately, I am not one who thinks that we, the American people, really have a say in who will be the next President of the United States.  I can't help but feel that all the media circus -- which includes 16 or more Republican candidates; a mostly silent former Secretary of State with lots of questions to answer; and a provocative and outspoken real estate and entertainment mogul -- is all a front to make us feel that we are really going to have a choice this time.
But a circus is what it is; which is defined as "a public scene of frenzied and noisily intrusive activity".  And I fear it is all for show.  My spirit tells me that all we are seeing is a public display of orchestrated campaign shenanigans so we will feel better about the illusion that our vote counts.  But what is really going on is a carefully followed script; the victor has already been decided in the back rooms and closed meetings of the Elite. 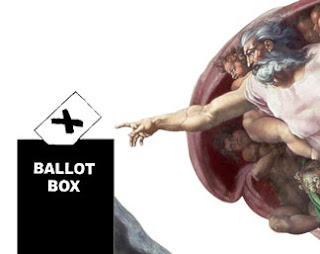 At the same time, I know that God is ultimately in control, no matter what the election operatives think, and our next President will be His judgment upon our nation, whether good or bad.  If, as a nation, we would fall to our knees and repent of our grievous sins, perhaps He will bless us with a leader who will restore us to our once-upon-a-time moral greatness and prosperity.  But if we don't, then we can be assured we will get the leader we deserve.  I believe in miracles, but, frankly, it looks as if our chances of that are slipping away.
I will admit that the fleshly side of me longs for a hero to come out of the wings, and I have even applauded the brashness and unconventional approach of Donald Trump.  Yes, he was a breath of fresh air; voicing the thoughts and hopes of the common man.  But as the days have advanced, I am forced to regard his campaign with an even sharper eye than I first viewed him... especially now that he is openly contemplating running as a Third Party candidate.
I'm sorry, but I guess I'm a born cynic.  Is he just a shill for Hillary Clinton?  After all, he is on record contributing to the Clinton Foundation, and even endorsed her Senate campaign.  And how sincere is he really, when it comes to representing conservative values?  He has changed parties several times since the 1980s, and three times since 2001, alone.  He certainly appears to be saying all the right things that would appeal to those in the heartland, but I have yet to hear of a statement on his faith that I could, well, ... but any faith in.  His rhetoric is full of emotion, but lacks any real hard facts  or foundation on where he stands on the issues that matter.  There is enough suspicion about his positions on gun control and higher taxes to make me nervous, and his history on using eminent domain to further his business ambitions is less than complimentary.
So, is all this just primetime theater and a shell game for those who might still hold out hope that our election system is fair and honest?  A Third Party candidate will certainly split the vote and perhaps the Democrats are playing it safe ... just sit back and let the Conservatives waste their votes.  Or better yet, it is just all part of the game; they are all in on it, and we are just gullible pawns.
In my heart and soul, I know that there is a good possibility that nothing is going to change.  I know that I can put no trust in man; that I will not find my strength or shelter in the flesh.  I know that "It is better to take refuge in the Lord than to trust in princes" (Psalms 118:9).  Yet, we must never forget that God can use anyone to glorify Himself.  We must pray that out of all these candidates, He can find one that will represent Him; one man that will put God before his own selfish ambitions.  Have we seen that man or woman yet?  I am going to try to put aside my fleshly hopes and dreams and rely on God's choice.  Whether the next President is redemption or judgment, only the Lord knows.  I just pray that He will be merciful...

John 2:24-25    "But Jesus [for His part] did not trust Himself to them, because He knew all [men]; And He did not need anyone to bear witness concerning man [needed no evidence from anyone about men], for He Himself knew what was in human nature. [He could read men’s hearts.]"