What Has Been Will Be Again

Wow!  Has the world gone mad, or what?  I am totally blown away by some of the things I have read and heard in the last 24 hours.  To begin with, I read a fascinating article by Benjamin Soloway on the ForeignPolicy.com website.  First of all, the title is enough to make you want to hide under the covers ... "You Don't Have to Watch 'Jurassic World' To See Bioengineered Animal Weapons."
Mr. Soloway, in a compelling and informative article, relates how -- once again -- Hollywood forecasts what is going on behind the scenes of the real world.  In the fourth installment of the Jurassic Park series of films, we see how far the storyline has progressed.  (Don't worry, I'm not going to give away all the details of the plot).
In the first movie, scientists bring dinosaurs back to life by filling in the gaps in recovered dinosaur DNA with genetic material from frogs. But in Jurassic World, scientists take these experiments a step further, when they realize they can create dinosaurs more to their liking through genetic manipulation — and that the newly engineered dinosaurs might be put to use by the military-industrial complex.  It's always about the money, isn't it?
No one is making the assertion that scientists are about to figure out a way to bring the dinosaurs back; at least not yet.  But Soloway points out the film is not far off in its assumptions about the militarization of genetic science.  Are you willing to consider that the United States’ military is already experimenting with genetically engineered animals for war?  Why not?
In her 2013 book, titled Frankenstein’s Cat: Cuddling Up to Biotech’s Brave New Beasts, author Emily Anthes related that in 2006, DARPA (the Defense Advanced Research Projects Agency) asked scientists “to develop technology to create insect-cyborgs” capable of carrying surveillance equipment or weapons.  (That has been documented by current "insect drones").  In the past decade, the agency has encouraged and funded research into methods that can let humans control insects and mammals through electronic impulses to the brain, and through genetic modifications to the nervous systems of insects to make them easier to manipulate.  Why is it so outlandish to consider the possibility that animals could be genetically modified to do the military's bidding?  Makes you think differently about the rider of the Pale Horse and the Fourth Seal in the Book of Revelation, doesn't it?   They were given power over a fourth of the earth to kill by sword, famine and plague, and by the wild beasts of the earth.  Could this prophecy be describing a military power using conventional weapons, biological weapons, and genetically-engineered "beasts" as weapons?  It's enough to give me pause. 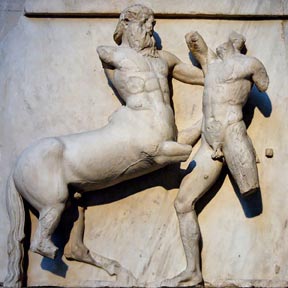 Now, switch gears with me and consider an odd little segment on Fox News, in which psychiatrist Dr. Keith Ablow was commenting on the ongoing controversy regarding Rachel Dolezal's self-identificaton as a black woman.  Dr. Ablow warned that we are entering dangerous territory when we allow people to identify with whatever they "feel" closely associated with, instead of using their genetic and biological identities.  We have to ask the question, "How far is society willing to go?"  Dr. Ablow pointed out that the culture has quickly embraced "transgender", thanks to Bruce Jenner; and now with the uproar over the Dolezal affair, "transracial" has entered the public conversation.  What's next -- "transpecies"?  I'm paraphrasing here, but he actually suggested that someone could identify with an animal, and in this moment's cultural climate, it would be acceptable to genetically modify that person in order to produce a tail!
I almost fell off my chair when he presented that possibility!  How many of us Christians have been ridiculed for believing that the Bible reveals the existence of hybrids through genetic manipulation?  How many times have we been scorned for suggesting that the cave drawings and reliefs and statues at ancient historical sites were actually depictions of real creatures, and not just some mythological fable?
What concerns me most is that all these conversations are lacking an important element ... God!!!  Frankly, I am tired of hearing all the commentators and their "politically correct" assessment of these troubled people.  I'm waiting for one ... just one! ... person to stand up and ask, "But what do you think God, their Creator, thinks of their confused identity?"  And I think that is the crux of the situation ... they have been "confused" by Satan, whom Jesus called "the prince of this world".  And how have they become so easily fooled and deluded?  It is exactly for the reasons that Jesus tell us ... "because they cannot bear to hear My word."  And because our culture has rejected God, they desire all the things that the devil is whispering in their ears.  The sad thing is that the devil has nothing to do with the truth.  They are simply adopting his nature, which is a lie ... and that fits right in with their mistaken identities.  It's all a lie.  And it's all been done before.  Too bad they won't hear the Word and know how God dealt with the corrupted DNA in the past, and how He plans on dispensing His judgment this time!

Ecclesiastes 3:15   "Whatever is has already been, and what will be has been before; and God will call the past to account."

Email ThisBlogThis!Share to TwitterShare to FacebookShare to Pinterest
Labels: Our Culture., Scary Science