There are growing warnings that Christians in America are in jeopardy of facing persecution by our increasingly Godless society.  The culture war is being presented as Christian versus Atheistic Society.  But I am sensing another threat to our Faith, and it is fellow Christians.
Within the established Church, there appears to be two groups forming.  Let's define Group 1 as those who are seeking a bigger understanding of God's Word; not being content to rest on the teachings of the last five hundred years.  That is not to say that they negate or contradict these teachings; but to this group of Believers, knowing God's heart and relying on the Holy Spirit's illumination of the Word adds to the interpretations of revered and celebrated theologians.  That means trying to discern the origins of God's instructions to those who would believe in His Son as their Savior.
I would suggest that Group 2 doesn't differ all that much from Group 1, other than the latter are content with the instruction they have received, and they are skeptical of anything or anyone that does not conform to the traditional forms of worship or the accepted doctrines of the modern day Church.  If it has not been taught by their pastor, or an "expert" in theology, then it has no credibility to them and they view it with suspicion and a certain degree of fear, I think.
For the most part, both groups are respectful of each other, and aren't inclined to criticize each other's belief system.  In fact, I am happy to see that there is actually a Middle Group emerging out of Group 2 that is open-minded and eager to expand their vision and understanding to the point that they are embracing new concepts of God, based on deeper study of the Bible on their own. 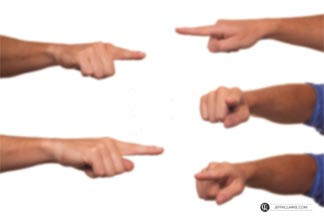 But I am seeing a growing number of editorial opinions that question the authenticity of Group 1's stance; and words such as "unbiblical rubbish" and "heretical cult" are creeping into the conversation.  That is a dangerous precedent!
What I am seeing is that Group 1 is determined to get to know God and His precepts in the manner of the Church that Jesus commissioned.  Group 2 perceives that the transformation of the Church throughout the last 2000 years, as dictated by man, is the way we should be worshipping God.  While I do not advocate disharmony or division within the Body of Christ, I am becoming more concerned with the angry vocalization coming from Group 2.
Somehow they feel God's Church is threatened by the study and increased knowledge of Biblical teaching on such subjects as spiritual warfare and intercessory prayer.  I do not understand the objections over these clearly Biblical injunctions!  Of the latter subject, there are at least 35 instances of Scripture that I could quote; among them  "... as you also join in helping us by prayer, so that many people may give thanks to God on our behalf for the gracious gift given to us through the help of many. "(2 Corinthians 1:11) ... "I post watchmen on your walls, O Jerusalem; they should keep praying all day and all night. You who pray to the Lord, don't be silent!"  (Isaiah 62:6) ... "With every prayer and petition, pray at all times in the Spirit, and to this end be alert, with all perseverance and requests for all the saints." (Ephesians 6:18).
What could be so threatening about the Church being a motivator of intercessory prayer?  Critics claim that it will result in "a new breed of trembling worship leaders who lead the way into the prophetic, groaning sounds of Holy Spirit-facilitated worship, which will make it normal to shake and fall to our faces as we cry Holy! The natural, logical sing-a-longs will be no more. We will have a hard time standing as God's Shekinah glory resides in His church. Worship teams will practice less and pray in the Spirit with tears in their eyes."  Ummm ... Why is that heretical?  Furthermore, those in Group 1 never claim that this should be the outcome of intercessory prayer.  They merely seek to follow God's commandments through His prophets more explicitly.
But perhaps it is the subject of Spiritual Warfare that scares Group 2 more than anything else.  But how can they ignore Paul's warning that we fight not flesh and blood, but against forces and principalities, which are master spirits of the demonic realm and spirit forces of wickedness.  What makes the Church think that Ephesians 6:12 no longer applies to the Church or mankind, in general?  Does that even make sense?  Where have they been taught that God tells us we can ignore that teaching and it no longer applies in the 21st Century?
Is that they fear their ability to fight such entities?  Is it because they don't know how Jesus instructed His apostles to teach the Church in such matters?  Scriptures such as "He who is in you, is greater than he who is in the world (1 John 4:4)" and "Resist the Devil, and he will flee from you (James 4:7)" did not cease their significance in the First Century!
The fact that Group 1 exists and is drawing closer to God and our Lord's teachings on such matters is quite encouraging to me.  It shows me that God is preparing His people to stand for Him in the ways that HE has commanded and instructed us.  It shows me that the Holy Spirit is drawing us away from empty methods that will not strengthen us for the spiritual battles to come.  We should be rejoicing as we gain new insight into the Bible and God as our Rock, Fortress, Shield, Stronghold and Deliverer.
There are always extremists in any camp, but when I hear mainstream Christians denigrating a return to Biblical examples and principles -- by fellow Christians -- as "nauseating" and "heretical", it is cause for concern.  It's time to step out of our comfortable, dogmatic, and rigid theology and rediscover the shock and awe of the Glory of God.  It's a good thing!

Ephesians 6:10     "In conclusion, be strong in the Lord [be empowered through your union with Him]; draw your strength from Him [that strength which His boundless might provides]."

Email ThisBlogThis!Share to TwitterShare to FacebookShare to Pinterest
Labels: Faith, The Church