Is Your Calling Clear?

As we see the moral collapse of our nation, and the forward advance of experimentation towards a God-less immortality, there couldn't be a greater difference between Christians and secularists.  And there are many who bemoan this fact.  I, on the other hand, choose to look at our dissimilarities with the prevailing culture as an advantage.
I don't want there to be any doubt about where I stand on the traditional marriage issue, abortion, sexual perversion, the occult, or any other non-biblical position of our modern culture.  I have no interest in compromising or "accepting" what society has deemed "tolerable".  That does not mean that I do not love my fellow man; it simply means that I will not discredit or dishonor my Savior by condoning or remaining silent on such actions.  You see, for me, it is all about Him! 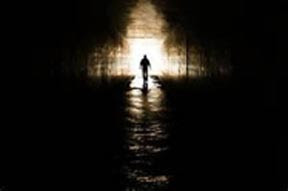 Now, I know that we, in the world, tend to make it all about us and we all want to be liked and approved by others.  But it is not my fellow man's approval I want, so much as it is my Creator's.  Why must I accept the votes of the Supreme Court as determining my opinion on same-sex marriage?    And just because the majority of the population views abortion as "a woman's right" to govern her own body, why must I go along with murdering an unborn child and support this abhorrent practice?  Furthermore, what makes this particular cycle of humanity think they have been given the wisdom to rewrite thousands of years of Biblical teachings? Why am I wrong if I choose to question their "newly-enlightened" philosophies, or labeled "out of touch" and "archaic", if I refuse to adopt a more "open-minded" practice of my faith?
I am really getting tired of accommodating this unbiblical culture!  The message of "The Church" is ineffectual and, dare I say it .... cowardly!  Yes, we are called to love and pray for the lost; but we are also instructed to boldly declare the fate of those who reject the Gospel message.  Why are we trying so hard to save our reputations and our material lives, when the lives of so many will be eternally lost because we don't want to call attention to ourselves?  Why is the Church so comfortable in ministering to themselves inside their four walls, and so afraid of following the apostolic model of dangerous living?
The Church community is all up in arms over the recent Pew poll that reports 72% of Americans felt that religion was losing "influence" in American life.  It's because "religion" is not what we've been called to share! We have been given an awesome assignment ... to reveal our personal testimonies as to how faith in Jesus Christ has delivered us from an eternity in hell.  Those aren't very pretty words are they?  I'm sure they won't fill big majestic church buildings, such as the one in Houston; nor are they the words that people have been taught represent the Christian faith.  But they are part of the message we are to spread; they are the "perishing part" of that familiar Scripture we use to show the people that God "so loved the world that He sent His only Son, that whosoever should believe on Him, should not perish, but have eternal life."  Yes, God loved the world ... but how have we come to ignore the part that not believing in Jesus (and I mean the full-blown Gospel message... the crucifixion, the burial, and the resurrection!) leads to eternal damnation?!?!
Why have we limited the full implications of our Lord's teachings?  Why do Christians today believe in Cessationism (that the instructions by Jesus to the disciples to teach, heal, and cast out demons ended with them), and why are they ignorant of the power and authority that Jesus wants us to use to accomplish the same things?  Is it just because they haven't been taught them by a pastor or preacher?  Whose word is greater -- a mortal man's or the Lord's in His Word?  Who can give us greater understanding and revelation -- a mortal man or the Holy Spirit?  Why do we put greater trust in what "the Church" has (or has not) taught us, than in what our Lord has spoken Himself?
Our understanding of God must come from the Bible -- and not from our denominational doctrine, or a favorite pastor/teacher's leanings; and especially not from what the culture tells us about Him.  I know I have quoted Dietrich Bonhoeffer too many times for some of you, but as I reread his biography by Eric Metaxas, it is speaking more clearly and louder with each passing day.  This was a man who stood in opposition to the prevailing anti-Biblical culture in Nazi Germany.  Unlike many of the German Christians, he refused to accommodate or adjust his faith -- or the Word -- so that he might fit more comfortably into society.  He used those ominous times to point the way, ever more boldly, to the Bible and the Cross.  He never lost sight of his reason for being alive at that time in history, and he took every opportunity to stand apart from those who would compromise.  Like the lives of the apostles before him, he was obedient to God's call on his life.  Let us, too, complete our tasks in glorifying Him!

My calling is quite clear to me.  What God will make of it I do not know ... I must follow the path.  Perhaps it will not be such a long one. (Philippians 1:23).  But it is a fine thing to have realized my calling ... I believe its nobility will become plain to us only in coming times and events.  If only we can hold out.

Do not try to make the Bible relevant.  Its relevance is axiomatic (self-evident; unquestionable) ... Do not defend God's Word, but testify to it ... Trust to the Word.
--- Dietrich Bonhoeffer

1 Corinthians 1:17   "For Christ (the Messiah) sent me out not to baptize but [to evangelize by] preaching the glad tidings (the Gospel), and that not with verbal eloquence, lest the cross of Christ should be deprived of force and emptied of its power and rendered vain (fruitless, void of value, and of no effect)."
Posted by Pam Kohler at 7:00 AM