These past few weeks I have encountered soon-to-be high school and college graduates who seem desperate to hide their panic about their futures.  Faced with high unemployment rates and few options for sustainable careers, they are realizing that their choices are limited.  Add to this the fact that they are bombarded through round-the-clock technological "connectiveness", which is screaming the threat of war across the globe.  You can't blame them for feeling apprehensive about a less-than-bright future.
And in case you think that other generations have faced similar fears and negative prospects, I would like to remind you that past generations stood on the foundation of a national faith in God, strong family values, and a solidly cohesive populace.  This generation of young adults has witnessed a battleground in all those areas, and stands on shaky ground. 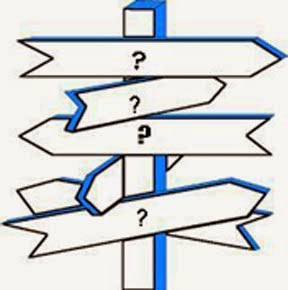 These college graduates pursued degrees because their parents still believed that a college education was the roadmap to success.  And you can't blame them ... education has always been a building block and a stepping stone to achievement and success, no matter what path you took in life.  But you can no longer expect that a job will be waiting for you at the end of that four years, or even with a graduate school degree.  Too many of our college graduates are working two or three temporary jobs in the simple hope of being able to move out of mom and dad's house!
So where does that leave the high school graduate?  There is certainly nothing to encourage them to take on the debt of college; they see those who have gone before them in desperate search of a job.  Why go down that road?  And the military used to be a viable option for high school graduates and for building a career.  But I'm sad to say, that with the treatment that our military receives and the attempt to remove God from our armed forces, I no longer think that noble service to our country is a wise choice.
While the Greatest Generation of WWII may have faced the ultimate Evil of their time, they could concentrate on defeating the Enemy without having to contend with transgenderism within the ranks, being accused of "white privilege", or being restricted from practicing their faith during wartime.
I graduated from college during the Carter years and in the midst of a failing economy.  But I didn't have to worry about every comment being scrutinized for racism, while suffering under an oppressive culture that was trying to force me to bend to their sexual agenda, at the same time that I was trying to figure out how I was going to afford health care insurance.  I also knew that my church was a safe haven from the influences of the culture; a place where I knew I could receive God's truth about how to live my life.
So, while the wealthy and elite are trying to discover the fountain of youth and ways to become immortal, I have no desire to be young again.  I cannot imagine facing a long life of our decaying national identity, or determining how to navigate in a world that I can no longer recognize or respect. That being said, I deeply desire to reach out to these young people; to help them maintain a sense of individuality and marching to a different drummer than society is forcing on them.  We may not have left them hope for a prosperous future, but we can still try to instill in them a notion of uniqueness and character and value as a child of God.  They're going to need it.

Revelation 21:7   "The one who conquers will have this heritage, and I will be his God and he will be my son."
Posted by Pam Kohler at 7:00 AM

Email ThisBlogThis!Share to TwitterShare to FacebookShare to Pinterest
Labels: Op Ed, Our Culture., Our Youth