The Continuing War To Eliminate God From Our Military

From the founding of this nation, God has been an integral part of our Military.  Read any of the writings of George Washington, the Commander-in-Chief, and you will know that he relied on God for victory.  In short, faith in God was an essential element among our fighting forces.  That same faith has seen our military through countless wars, including our own Civil War, and the World Wars of the 20th Century.
That's why it is astounding to realize that it has been just 70 short years since the U.S. government has gone from printing, at taxpayer expense, editions of the New Testament and Psalms for Protestant soldiers serving in World War II, to attempting to silence the prayers of Christian chaplains and military leaders.  The latest case involves Navy Chaplain Wesley Modder, who has been a Chaplain in the Navy for almost 20 years. He has ministered to Navy Seals under fire in both Iraq and Afghanistan. He has been described in official reports as “the best of the best,” a “consummate professional leader.” He has been recommended for “early promote,” which is the “highest rating possible.” 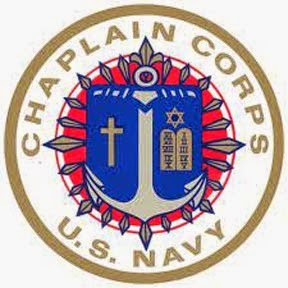 Yet, a Navy lieutenant junior grade, who was assigned to the chaplaincy while waiting further assignment, allegedly laid a trap for the well-respected Chaplain.  He appears to have been running his own private investigation into Chaplain Modder’s Christian beliefs and how they conflicted with his interpretation of proper tolerance for LGBT individuals.
It seems that the Lieutenant JG hid his homosexuality from the Chaplain as the two discussed various aspects of Modder's Christian faith.  When Modder expressed his deeply religious convictions on the subjects, the Lt. JG lodged a complaint against him for being homophobic.  He was accused of not properly “comforting” those who came to him for counseling, and now he faces the possibility of being kicked out of the Navy for what amounts to a "perceived offense."  Modder denies that he has ever "religiously coerced" those who come to him for counseling.  At the same time, he has never shied away from responding to questions in counseling sessions “honestly and from a biblical worldview."
So, how did we get here?  How have we come from a nation that embraced prayer for (and in) our military, to a nation that institutes laws designed to limit the presence of God among our fighting forces?  I find it incomprehensible, especially since the National Defense Authorization Act (FY, 2013) prohibits military personnel from requiring a chaplain to perform “any rite, ritual, or ceremony contrary to the conscience, moral principles, or religious beliefs of the chaplain.” The law also says the chaplain cannot be denied a promotion for such refusal.
I guess you could say the anti-God agenda was further promoted in 2014, when the U.S. Congress told the Department of Defense that the Military Departments “will accommodate individual expressions of sincerely held beliefs” “unless it could have an adverse effect on military readiness, unit cohesion, and good order and discipline…”.
As it turns out, the commanding officer of the Navy Nuclear Power Training Command says Chaplian Modder is doing just that ... and has accused him of homophobia and insensitivity -- the official charge is "substandard performance".  The commander said his decision was based on the effect Modder's opinions would have on “military readiness, unit cohesion, health, safety, morale, good order, discipline, and mission accomplishment.”
Specifically, the commander said that Chaplain Modder had failed to respond to the complainant under the core capability of chaplains to provide "care"; in other words, the Chaplain had failed to perform his duty "to be sensitive to the religious, spiritual, moral, cultural, and personal differences of those you serve."
Does anyone else see the irony here?  Is the Navy being sensitive to the religious, spiritual, moral, cultural, and personal opinions of the Chaplain?  Or is the Navy's position that only the "different opinions" of the LGBT lobby need to be honored?  I guess that question is answered when you consider that the Department of Defense is now considering allowing transgendered soldiers to serve openly in the military and to pay for their sex change surgeries and hormone treatments.
But I still fail to see exactly how Chaplain Modder -- or any religious person in the military, for that matter-- can negatively impact the military readiness, or the unit cohesion, or the morale of our armed services.  Instead, it seems to me that by attempting to eliminate Chaplain Modder's freedom to express his religious opinions and beliefs, we have a clear violation of his constitutional rights to religious expression.
From the beginning of time, military campaigns have been waged with the presence of cultural gods.  Granted, many of them were fought by praying to false gods.  But the Bible clearly shows the Israelites experiencing both victory and defeat, all dependent on whether God was in their midst or not. If our Military continues down this path of giving recognition to the false gods of "tolerance" and  "sexual freedom", the road will only lead to defeat.  How long will it take to censor all the chaplains and remove them from service?  When that occurs, our military will cease to be ready, cohesive, healthy, safe, moral, or disciplined; and the true mission of the anti-God agenda will be accomplished.  Then victory will no longer be ours, but belong to the Enemy.

For more information on the story of Chaplain Modder, please click here.  To read the official charges brought by the Department of the Navy, click here.

Exodus 14:13-14     And Moses said to the people, “Fear not, stand firm, and see the salvation of the Lord, which he will work for you today. For the Egyptians whom you see today, you shall never see again. The Lord will fight for you, and you have only to be silent."
Posted by Pam Kohler at 7:00 AM