It's All Part Of The Game 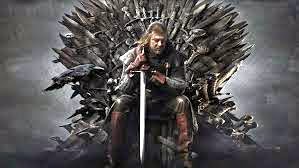 For the past few seasons, there has been a popular TV show called "Game of Thrones".  It has captured the imaginations of millions of Americans and is about fictional dynasties and their nasty infighting and subterfuge as they compete for power and dominance over each other.  Even though the story lines are make-believe and mythical, it's not much different than what we see going on in our own political system.
Whenever the established "dynasties" of American politics are faced with a new contender, the battle is on!  But if you are really observant, you can tell that it is not just the competing parties that engage in a full-on assault on the newcomer, but even power bases within their own political family.  You are seeing it in the attacks upon Ted Cruz, the Texas Senator who is among the first to throw his hat into the political ring for the 2016 Presidency.
You would expect the Democrats to launch a strike, but the establishment Republicans are also up-in-arms against him.  Now, I am in no way endorsing the candidacy of Mr. Cruz.  I'm afraid that I've grown too skeptical of politicians, and have been fooled too many times.  Oh, Ted says all the right things; the things I want to hear -- he is unapologetically conservative; has a profound faith in God and the American story of freedom for all; he wants to change Washington; and he is a determined supporter of Israel.  But we've heard all that before, right?
And then there is that photo of him and Henry Kissinger ... I could have done without that.  I'm sure you've read all the hoopla over it among ultra-conservative bloggers:  "Ted Cruz kisses the ring of the Illuminati"; "Ted Cruz announces his anointing by the New World Order", etc.  Now, I have to admit that my spider senses went crazy when that image appeared in the news media.
What exactly was the reason for that meeting?  Why would Ted Cruz seek out Kissinger, and is there any hidden meaning in his announcement that it was "an honor" to sit down with the former power figure?  Does it have anything to do with former Secretary of State Kissinger's ideas of how the U.S. could play " a responsible role in the evolution of a 21st-century world order", as expressed in his August 2014 Wall Street Journal essay?  Is Cruz seeking acceptance by the NWO, or asking for advice?
OR, could it be that it was Kissinger that sought out Cruz in the hopes of bringing him into the NWO fold?  Could Cruz have rejected the offer and that is why the Establishment Republicans (NWO hacks, themselves?) are so vehemently against him?
If that is the case, then why did Candidate Cruz ignore all the uproar over the implications of that meeting?  If you are the anti-New World Order candidate, wouldn't you want to make that perfectly clear to all those who have doubts?  Otherwise, everything you have to say beyond this point is tainted and suspect. 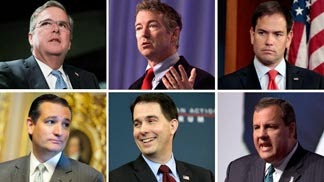 But just as in the TV series, everything in this real-life Game of Thrones is pretty much up for grabs.  But we, the American people, must ask ourselves this pertinent question: Do we really think that this round of Clintons, or Bushes, or even the Tea Party rebels running for President will make a difference in the future of America?  Doesn't it feel like it's just all part of the game?  That it's already been decided who will wear the crown, and all this maneuvering and plotting and juxtaposition for alliances is just for show?
It's obvious that the American people (at least those who are awake) are tired of the masquerade.  The old political promises and tactics don't work anymore.  What if the puppet masters recognize that, and so they are trying a new action plan?  Don't you think it is possible that Ted Cruz, Scott Walker, Rand Paul or Marco Rubio are just wolves in sheep's clothing?  Can you conceive that the strategy may look different this time, but the result will be the same -- the NWO has been set in motion and is inevitable?
I know there are many who still believe that our vote counts; that we can change the direction and course this country is on.  But my Biblical worldview is telling me that the four riders of the Apocalypse have begun their ride and the seals are opening.  War, Famine, Pestilence and Death abound in the earth; they are soon to be followed by the appearance of the Anti-Christ.  God can still decide to intervene in the affairs of our nation, and through His sovereignty anoint a God-fearing leader as our next President.  We can, and should, pray for that.
And while we're praying, let's ask that we all have discerning minds to clearly see the schemes of our Enemy ... for just like the popular TV series, the Devil's story is one of duplicity and treachery, conquest and triumph.  We are the pawns in his real-life battle for the Heavenly Throne.  Unlike the election of our next President, we already know who the Victor of the heavenly battle will be; but we must still guard against the darkness of the Usurper.  Stay vigilant!

Exodus 3:19-20   "Their end is destruction, their god is their belly, and they glory in their shame, with minds set on earthly things.  But our citizenship is in heaven, and from it we await a Savior, the Lord Jesus Christ,"