Propoganda To The Masses 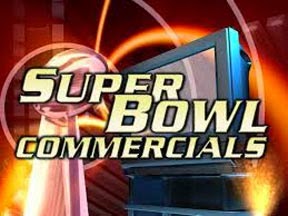 If you wanted to transmit subliminal messages to the world, and get the most bang for your buck, where would you do it?  Why, the Super Bowl of course!  Millions of viewers tune in each year to watch this media extravaganza that has turned into a no-brainer for capturing the attention of mindless viewers who soak up commercial after commercial.  In fact, I would submit that even if people don't have a favorite team to root for, they will watch just to see the commercials!
Remember, we now live in a culture that is desperate to be entertained.  We crave anything that appeals to our flesh ... excitement, emotions, or new concepts of how we should live our lives.
You all know that I see things from a Biblical worldview.  It is my belief that the world's Culture -- and that's with a capital "C" -- has tempted and seduced mankind towards a false destiny.  To Christians, the Culture has become like the Whore of Babylon mentioned in the Book of Revelation.  To the Secularist, the Culture is just a new and better way to live in the world; a "new world order", so to speak.  And the force behind this false message is none other than Lucifer, himself.
He's done a good job of showing us this "new order" through movies, TV, video games, social media, and the ever-expanding applications available on our computer devices.  And he was so clever in making it all addictive.  Our minds have been programmed to seek the latest stimulus and to be influenced by its message -- whether it be harmful or beneficial to us.
It is the job of those who are in the service of Satan's system to create the most engaging, captivating and alluring messages to woo us away from God's foundational principles.  The Super Bowl commercials do just that, and the massive audience who tunes in make it the best, biggest, and easiest way to push that agenda.
But if you take a serious look at the commercials, you can discern what the "underlying" message is meant to be.  Let me share just a few from the 2015 smorgasbord of false and tempting messages meant to inspire us and prepare us for a different destiny. 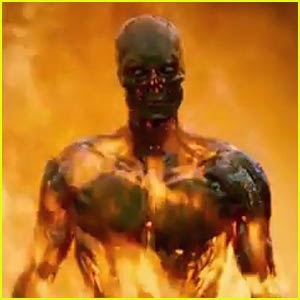 There was plenty of apocalyptic messages to go around.  There was a trailer for the next movie in the successful Terminator franchise, as well as one for Jurassic World.  It seems that both "The Singularity" of man and robot, and the Science of genetic manipulations were well represented.
And take the Carnival Cruise Line ad that ran a voice-over by President John F. Kennedy:  (Quote):  "I don't really know why it is that we are all so committed to the sea ... it is, I think ... because we all came from the sea.  We are tied to the ocean, and when we go back to the sea, we are going back from whence we came...".  (Closed Quote).  The spot ends with the words "Come back to the sea."  Keep in mind, that the entire 60 seconds of this spot is showing people of all ages, ethnic backgrounds, and countries; some holding hands, others smiling at each other.  "We are all one community", it seems to tell us.  Then there is the not-so-subtle message that we evolved from the sea.  Oh, and let's make sure that we suggest there is no Sovereign Creator.
The same could be said of the Jeep ad, titled "This Land is Your Land."  Great, you might be thinking ... a good old rah-rah American ad.  But after the opening lines and stunning images that refer us to California, New York, the redwood forests, and the Gulf Stream waters, the images move to scenes from around the world.  We are shown scenes of India, Asia, the Great Wall of China, the statue of Christ of the Andes in Argentina, the Middle East, and Australia.  Wait!  This was a song written by Woodie Guthrie about America!  But in the Super Bowl version, it is obvious that we are to take away the message that "this land" belongs to everyone ... we are all part of this "one world system".  In fact, the written message at the end of the ad is this:  "The World is a Gift.  Play Responsibly.  Water is Life.  Help Provide It."  So we get a little global warming message thrown in, along with the idea that Man -- not God -- is in control of our natural resources. 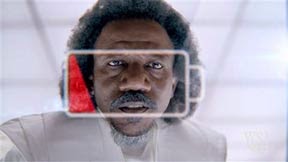 And Mophie Powerless Batteries ran an ad that featured various doomsday scenarios:  ashes falling from heaven; material objects being sucked up into the sky; trees spontaneously combusting; weather stations announcing "blizzards in Africa" and "tsunamis in Paris" while wild hyenas enter the studio.  It showed social chaos while meteors showered lawless cities, and the laws of matter and nature being displaced as satellites spun out of control.  The camera pans into outer space and we see God (who looks suspiciously like Lionel Richie in his Commodore days) peering at his failing cell phone battery.  This version of a gentle God mutters, "Gosh darn it" and we see the message on screen, "When Your Battery Dies, God Knows What Can Happen."
You can decide for yourself what we were supposed to take away from this 60 second mini-movie.  Is God a selfish God who is uncaring about the events that take place on earth?  Or is it that God is pro-technology; and without technological power, the earth descends into chaos?  You can bet that there was a specific reason that the powers-that-be chose to advertise a cell phone battery in this manner.
And speaking of technology and mobile applications, The Game of War was able to combine sex and a prophetic message in its ad.  As a meteor comes crashing into her castle, Super-model Kate Upton pronounces "The thing about empires ... is that the bigger you build them, the more your enemies want to knock them down.  Let them have their fun.  You and I will revisit them soon enough. Do you want to come and play?"  In the background, fire abounds and nephilim hybrids battle mankind.  But the average person watching is just thinking, "Wow!  Cool game!"  But I heard and saw something far more ominous in those words and images. 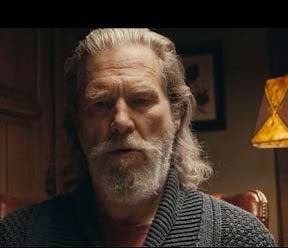 And speaking of ominous sounds ... the ad for SquareSpace, a website builder, featuring actor Jeff Bridges chanting "Ooooom", was downright chilling.  "Om" is is a mantra and mystical sound of Hindu origin (geographically India and Nepal).  It is sacred and important in various religions such as Hinduism and Buddhism.  It is used in meditation to empty your mind and gain a realization of "The Highest".  There was no mistaking the intent of that commercial!
These are just a few of the ads that aired during the two-plus hours of the Super Bowl.  You might think that I am making too much of them; that what harm can be done by watching a 60-second commercial?  It is not the time period that is the danger.  It is the importance that we have given to endorsing what the Culture promotes, versus the decreased value we have given to God's message.  One of these ads by itself may not make an impact.  But when taken together -- when they are combined over hours of watching TV and movies, or playing the latest online video game -- and when the entire country can't wait to see what commercials will be shown to our addicted minds ... well, I just wish we were as hungry for God's Word, and His stories, and His content.  In the meantime, Lucifer has a winning strategy.  Why should he change the playbook?

To see these ads and more, click here.  How do you discern their message?