How does a so-called "Pastor" stray so far from God?  The Bible is very clear that every church needs a shepherd who will feed, and guide his flock to spiritual growth and service for the Lord Jesus.   God's Holy Book says a pastor "must hold fast to the sure and trustworthy Word of God as he was taught it, so that he may be able both to give stimulating instruction and encouragement in sound (wholesome) doctrine and to refute and convict those who contradict and oppose it [showing the wayward their error]." (Titus 1:9).
Instead, The Christian Post featured an article showing just how far the "modern Church" has veered off the narrow path.  Recently, Oprah Winfrey featured radical churchman Rob Bell and his wife Kristen on her TV show.  They were there to promote their new book, The Zimzum of Love: A New Way of Understanding Marriage.  If you guessed that he is pushing an agenda for same-sex marriage, you would be correct.  In fact, they state that the Church is just "moments away from embracing gay marriage."  And, if you are wondering what in the world "Zimzum" is, you may be surprised to discover that it comes from the observance of Kaballah, the ancient Jewish tradition of mystical interpretation of the Bible.  In Hebrew the word Zimzum means "contraction". 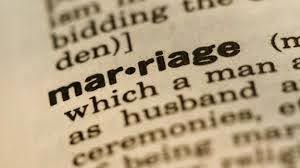 For another well-written article on Rob Bell's latest attack on the Bible and the Church, click here.

2 Peter 2:1-2    "But false prophets also arose among the people, just as there will be false teachers among you, who will secretly bring in destructive heresies, even denying the Master who bought them, bringing upon themselves swift destruction.  And many will follow their sensuality, and because of them the way of truth will be blasphemed."

Email ThisBlogThis!Share to TwitterShare to FacebookShare to Pinterest
Labels: Our Culture., The Church