The Cause and Effect of Our Economic Decline

I can remember being a senior in high school in the early 70's and the endless possibilities that lay before me.  My future was only limited by my ability to dream big.  Anything I wanted to do or become was possible.  A college education was expected, and with a little hard work, and the availability of low-interest educational loans, I was able to get my degree in four years, and was gainfully employed within 2 months of graduation -- actually employed in a profession that pertained to my degree.  And that was at the beginning of the Carter Administration and the subsequent years of recession!

Today, I know so many young adults that are struggling under the heavy financial burden of school loans, with no jobs in sight.  First of all, I sometimes wonder at the lack of perception of parents who did not guide their children towards degree plans that reflected the changing dynamics of the American economy.  Couldn't parents discern that jobs in social work or psychology or the liberal arts  aren't exactly abundant in this economy?  I can't tell you how many college graduates I know who have heaped more debt on themselves by opting to go to graduate school because of the lack of jobs in their field.  Does that make any sense to you? 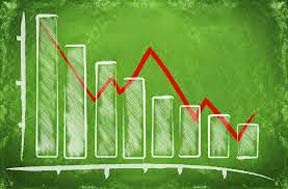 Now, if you listen to the policy makers in Washington, they will tell you that our high unemployment rate is due to the lack of skilled labor in this country.  But that's a ridiculous argument when you consider that many of the people serving you coffee each morning at the local McDonald's have at least an associate's degree; with many of them bachelor's or master's degrees.  The real truth is that according to the Economic Policy Institute (a non-profit, non-partisan think tank), for every two American college graduates with degrees in science, technology, engineering, or mathematics, only one of them is hired into a job in their field.  Why?  Because the jobs are simply not there. Did you know that 30% of college graduates are consistently underemployed?  So,  it's not that we don't have the skilled labor, or the smart labor, or the educated labor ... it's that these jobs no longer exist in the United States.  Did it ever occur to you that the high rate of unemployment is because the U.S. is no longer the major innovator that it once was?  That the jobs have been exported, while our products are increasingly imported?
The truth is that companies can no longer afford to invest in training; and benefit packages are becoming a thing of the past.  Promotions are fewer, while hiring and wage freezes are now commonplace.  As if that is not depressing enough, machines are predicted to replace human jobs at an ever-increasing pace.
Let's face it.  We have become both a "service-oriented" economy and a nation where the government is one of the biggest employers.  We are no longer the manufacturing powerhouse we once were.  Economics 101 tells us that the manufacturing sector began hiring cheaper overseas labor, which resulted in higher domestic numbers of unemployed; and eventually the manufacturing itself went overseas and we began importing our products -- "made in America" became a rare slogan.
Common sense tells us that a healthy economy depends on its citizens having spendable income, and with unemployment at such high levels, there will soon be no one to take advantage of the services Starbucks, McDonalds, hair dressers, cosmetologists, or yoga instructors offer.  None of these businesses encourage innovation among their employees or customers.  I think that is why the TV show Shark Tank is such a huge hit.  It celebrates the creativity, ingenuity and inventiveness of the American entrepreneur.  It gives us hope that with some dedication, hard work, and a hand up, we can achieve great things; that we can once again become a nation who celebrates independent and successful businessmen.
The bottom line is that 0% interest rates and added government entitlements is no way to "stimulate" an economy.  Until we become producers again, and teach the next generations to create their own futures, they may never know the success that is their birthright.  Finally, I can't help but see a correlation between the beginning of our economic decline and our departure from being a God-centered nation.  You would think someone besides me would make the connection ...

Proverbs 16:3   "Roll your works upon the Lord [commit and trust them wholly to Him; He will cause your thoughts to become agreeable to His will, and] so shall your plans be established and succeed."