As you know, my Biblical worldview often sees significance in events that the secular world does not grasp.  Tomorrow will mark the 70th anniversary of the liberation of the Nazi death camp at Auschwitz by Soviet troops.  The U.S. Holocaust Memorial Museum notes the following:  "On January 27, 1945, the Soviet army entered Auschwitz and liberated more than 7,000 remaining prisoners, who were mostly ill and dying. It is estimated that at minimum 1.3 million people were deported to Auschwitz between 1940 and 1945; of these, at least 1.1 million were murdered."
This fact alone, makes the anniversary noteworthy.  However, there is something I would like to point out to you; something that adds an extra dimension of meaning to this date.  It is the number 70.    Why should the number of this year's anniversary carry so much weight?  Because it is important to God.  Consider the following:
•  Seventy has a sacred meaning in the Bible that is made up of the factors of two perfect numbers, seven (representing perfection) and ten (representing completeness and God's law). As such, it symbolizes perfect spiritual order carried out with all power. It can also represent a period of judgment.
•  70 elders were appointed by Moses (Numbers 11:16). After reading the covenant God gave him to read to the people, Moses took 70 elders, along with Aaron and his sons, up Mount Sinai to have a special meal with God himself (Exodus 24:9 - 11)!
•  Ancient Israel spent a total number of 70 years in captivity in Babylon (Jeremiah 29:10).
•  Seventy is also specially connected with Jerusalem. The city kept 70 years of Sabbaths while Judah was in Babylonian captivity (Jeremiah 25:11). Seventy sevens (490 years) were determined upon Jerusalem for it to complete its transgressions, to make an end for sins and for everlasting righteousness to enter into it (Daniel 9:24).
•  Israel in Egypt had its beginnings with Joseph rising in power in Pharaoh's court and Jacob migrating his entire household into the land. A total of 70 Israelites started a nation WITHIN another nation that would grow to more than two million by the Exodus.
•  Seventy disciples were sent out by Christ on a 'training mission' to preach the gospel to the surrounding area (Luke 10).
•  The prophet Ezekiel was taken by God, in a vision, to Jerusalem to be shown 70 elders of Israel defiling themselves by offering incense to their idols (see Ezekiel 8).
That should be enough proof that this 70th anniversary of the liberation of the infamous death camp is important.  It should also be apparent that Auschwitz has become a symbol of the Evil perpetuated against God's chosen people, the nation of Israel.  Add to these facts, that this is a "Shemitah" year on the Jewish Calendar.  According to Chabad.org, "As soon as the Jews settled in the Holy Land, they began to count and observe seven-year cycles. Every cycle would culminate in a Sabbatical year, known as Shemitah,  meaning literally: “to release.” "  The year following the destruction of the second Holy Temple was the first year of a seven-year Sabbatical cycle.  Counting forward, we find that September 25, 2014 through September 13, 2015 is a Shemitah year. 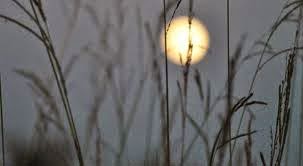 So what was to be released?  1)  There was to be a release from all debts.  2)  There was a release of the land; to allow it to lie fallow and free from being farmed.  3) The abstention of their agricultural duties released the Israelites to refocus on spiritual matters -- to collectively take a breather and spend more time studying Scripture and growing their faith in God.
The Shemitah year is still honored in modern Israel among the faithful.  They believe that 70 years, as described in the Scriptures, is a period to fulfill historic prophecies and punishments.  It will be a turning point in the history of the ancient nation of Israel.  The last witnesses of the atrocities at Auschwitz are dying, and making this particular anniversary, and year, a turning point from the “vision” to exterminate the Jews by the Nazis, to what has become a new goal to exterminate Israel by radical Islam today.  It is remarkable to note that the Caliphate has risen to power exactly 70 years after the Nazi regime and the Holocaust were ended.  Do you think that's a coincidence?
But we have also seen a turning point in the Body of Christ.  The rise of the Church in Asia is a paradigm shift of dimensions not seen in almost 2,000 years ... not since the Apostle Paul established the churches in Asia Minor (Ephesus, Smyrna, Pergamum, Thyatira, Sardis, Philadelphia, and Laodicea).  Do you think that the fact that the largest number of believing Christians is found in Asia (rather than the West), and that the ancient Asian Churches are given warnings before Jesus returns has any significance?
In addition the Messianic remnant in the restored nation of Israel is slowly and surely developing and maturing. This spiritual restoration of Israel is also a paradigm shift of prophetic importance not seen since the first century.  Both the warnings to the Asian Churches and the Messianic remnant are prophesied in the Book of Revelation.  If the Shemitah year is truly a period to fulfill historic prophecies and punishments, and God uses 70 years to carry out His perfect spiritual order with all power, then it seems possible that God may align world events in the coming year for His purposes.  If so, it is more important than ever, that we refocus our spiritual lives and get things in order with our Maker.  Just read what God revealed to His prophet Daniel about the importance of the number 70 and what would occur on a Shemitah year.  I believe that God's prophetic words speak throughout the past, present and future.  This prophecy was fulfilled in Daniel's time.  Is it also a prophecy for us?

Daniel 9:24   "Seventy weeks [of years, or 490 years] are decreed upon your people and upon your holy city [Jerusalem], to finish and put an end to transgression, to seal up and make full the measure of sin, to purge away and make expiation and reconciliation for sin, to bring in everlasting righteousness (permanent moral and spiritual rectitude in every area and relation) to seal up vision and prophecy and prophet, and to anoint a Holy of Holies."
Posted by Pam Kohler at 7:00 AM