Off-Grid vs Smart Grid; Apparently, There Can Be Only One Winner

Have you ever stopped to think about the paradox in the national conversation over Energy Consumption?  On the one hand you have Energy Magnates like Warren Buffet, whose Northern Powergrid Holdings Co. in the U.K., is working with Siemens AG (SIE) to test a so-called smart grid that has the ability to control when consumer appliances will be used in the home.  Don't believe me? It's all there in Bloomberg Business Week.
I've tried to warn people that the new Smart Grid meters will work with the new Energy Star appliances to eventually monitor and regulate how much energy you use in your home.  Of course I got the cynical looks ... there she goes again with her crazy conspiracy theories. 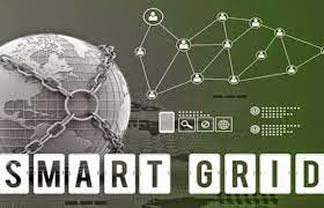 But here's how it works, and how they sell it:  the smart meters are simply gathering information on your energy usage and helping you to decide the best way to conserve.  Because we all know that the planet is in crisis and we need to discover new ways to curb our gluttonous consumption, right?  But, let's put it in plain English ... the smart meters are collecting data on our energy usage so they can test, and at some point in the near future, implement “a so-called smart grid that has the ability to control when consumer appliances will be used in the home.”
If you already have a smart meter on your home, you may be enjoying the convenience of the utility company telling you the optimum times to use power; (that information comes from all the data collection, don't you know).  And if you don't have a smart meter yet ... don't worry, you soon will.  And I would be willing to bet that you have one and don't even know it.  Many friends swore to me that they didn't have one, but on closer inspection, discovered that one had been installed without their knowledge or consent.  And there are some people that still don't see the problem ... "Everything is being automated.  It just makes it easier for the utility company to read the meter from a satellite."  That's right; just keep drinking the koolaid.
But would it surprise you to know that Bloomberg reports that "Buffett’s U.K.-based system goes a step further. It gives people a choice, allowing them to either use appliances themselves at optimum times, or to let the system decide that for them."  It's only one more step until that choice is no longer your own, but will be made by the utility.  Of course, this could have nothing to do with the fact that Warren Buffet has invested $15 billion in wind and solar power in the U.S. , and he's ready to double that amount ... could it?
Think about it ... every time you turn on a light, set your thermostat to make your home a little cooler in the summer, or even flush the toilet, "they" are monitoring your usage.  By the way, did you know that talking thermostats exist, now?  I'm sure that some consumers welcome them and love being part of the "new trend".  But think of it this way (as outlined by Truthstream Media) .. "Combined with the smart grid however, it comes off more like the super computer HAL from 2001: A Space Odyssey. You go to turn on your air conditioner and hear a calm voice say, “I’m afraid I can’t let you do that, Dave…".  Does that make you have second thoughts?  It should.
The website, Inquisitr, reports that Texas and Florida are actively pursuing restriction of the off-grid, or "sustainable" lifestyle; going so far as to make it illegal.  Apparently, if you disconnect from the Smart Grid and try to live economically, simply, and relying on nature, you are defeating the Elite's plan.  So, let me get this straight ... if you use solar power, cook off a camp stove, and collect rain water, it is not seen as saving earth from the planet-destroying energy plants, but you are now viewed as a lawbreaker. 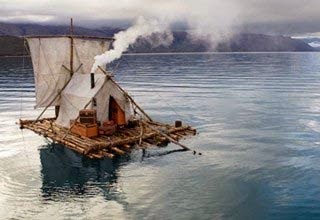 But here's the opposite side of the coin.  It's supposed to be all about using natural resources and saving the planet, right?  But try going Off-grid and see how "the powers that be" like that!
I'm trying to wrap my head around this whole paradox .... Warren Buffet and his billionaire friends are making billions off energy users by forcing their Smart Grid on us.  In Florida, it has been mandated that all homes must be connected to an energy grid.  Inquisitr revealed that North Carolina has not made it illegal yet to be off-grid, but "citizens can be evicted if they do not consume electricity, citing fears about candle fires." REALLY?!?
But think about this, Buffet and his greedy cohorts also want to capture the monopoly on solar and wind power, too.  OK, now I get it!  It's really all about making money!!!  They can't have you using the wind and sun and rain that God made for us free of charge!  So, they not only want to control your use of electricity, they also want to restrict and control your use of our natural resources ... and they want to charge you in both instances! They get us coming and going; and it's all manipulated and controlled and about limiting our free choice.
Tune in tomorrow, when I take this controversy one step further ... but you better tighten down your tin foil hats!  I will be connecting some dots that you haven't even considered!

Psalm 24:1   "The earth is the Lord's and the fullness thereof, the world and those who dwell therein,"