Is This Our New Normal?

Are you like me, and finding it hard to remember what it was like to have days free of worry or concern over the affairs of the world?  When was the last time you remember a day without a headline screaming about a terrorist attack, or the imminent collapse of the economy?  The problem is, those topics used to seem like some obscure or vague threat.  We could pretend that these scenarios were just a vision of some whacked-out conspiracy nut.  Besides, there was plenty of good news to keep our minds focused on a rosy future ... like reports that the jobless rates were falling, the end to our foreign wars, and even our surge in energy independence.
The space of time between reports of terror attacks, or downturns in the economy, were long enough that we could convince ourselves that they were just blips on the radar.  All the talk of End Times events were just the rants of religious fanatics, right? 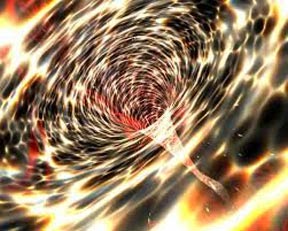 Of course, September 11, 2001 was the moment that we were all shaken out of our comfortable existences.  We began to look outside ourselves and see that the world truly was interconnected ... and beginning to spiral out of control. And I do not find it coincidental that 2001 was the year that PLW and I took a u-turn in the direction of our lives, and decided to trust God to lead us down His path, rather than the one the world prescribed.
Although I found learning to trust Him to be a frightening period, it was never-the-less, a time of spiritual growth and a moderate, but increasing, period of prosperity.  I guess it was 2008 when I realized that I was in for another period of adjustment and spiritual growth.  I realized that there were forces outside our control that would effect our future --- not only how we lived and existed in the world, but that our spiritual life would also be tested.  I'm sure many of you have experienced the same journey.  Yet, the periods of smooth sailing were still there, and we could hope that the serious troubles were yet years away.
But it seems, with the advent of 2015, that we have crossed over into the Twilight Zone.  It's like we have passed into some new dimension, from which there is no return.  And the Enemy is renewing his attacks on old fears and attempting to keep us from turning to God.  Even my most skeptical friends --- you know the ones; those who smirked every time I expressed my opinion that this country was still in the crosshairs of the terrorists --- are now admitting that we are vulnerable, in the wake of the Paris attacks.  The hint of "lone wolf" attacks are now being replaced with reports of worldwide "sleeper cells".  We can no longer ignore the warning signs.
And speaking of vulnerable ... how quickly has our economy become susceptible to collapse?  In just a few short weeks, the price of a barrel of oil has thrown the world's economy into a tailspin, and the booming Texas and North Dakota oil/gas exploration is experiencing a terrifying slide.  In the last few years, this industry sector has single-handedly kept Wall Street afloat.  The downward price of oil was good for the consumer, but the panic over diminishing company profits was felt at the New Year's opening bell on Wall Street.
Yes, I'm afraid we must face up to it; this is our new normal.  And, yes, it appears to project a dismal and declining future.  If you measure it by the world's standards, I would have to agree with you.  BUT, it is also an opportunity to develop a new normal, a new pattern of living.
We cannot make the negatives disappear.  I'm afraid they are here to stay.  Our Lord told us we would experience them all -- the wars, the diseases, the famines, the persecution, the earthquakes, men being offended, false prophets, lawlessness, and love grown cold -- and in the Revelation to the Apostle John, we see that they will increase in number and speed and intensity.  I'm pretty sure we're in what He called "the beginning of sorrows."
But our new normal can transcend these troubles and perils.  We can turn from these disturbing trends and center our lives on seeking the face of God.  I know that sounds trite, and simplistic.  But when we immerse our minds and our hearts on drawing nearer to Him, we are insulated from the events of the world.  All the comforts and so-called security of this world will fade away, but if our life is centered on serving God and others, then our minds cannot be tempted by the lies of the devil.
Our new normal may look nothing like the contented past we enjoyed, or the future we planned; but it can be richer, and more productive, and even more peaceful when we are not seeking the rewards of this life, but instead focusing on running a good race for the next.  We're in a race now, to make it to the finish line, and I want nothing of the old normal to hold me back.  I will gladly embrace the new if it means conquering my fears and reaching for eternity.

Isaiah 43:19    "Behold, I am doing a new thing; now it springs forth, do you not perceive it? I will make a way in the wilderness and rivers in the desert."

Email ThisBlogThis!Share to TwitterShare to FacebookShare to Pinterest
Labels: The Tribulation, World Events