The Sick Culture of Hollywood

The media is all abuzz over the alleged sexual abuse by one of Hollywood's most beloved actor/comedians, Bill Cosby.  Is he guilty or not?  He refuses to talk, while powerful lawyers attempt to discredit the growing number of women who are coming forth with remarkably similar stories of seduction and rape.  This scandal is not going away quietly, and sadly, I believe it is a symptom of the perversion in Hollywood, our idolization of powerful entertainment moguls, and their willingness to take advantage of the helpless.
It is not my intention to pass judgment on Bill Cosby; the truth will eventually be uncovered.  But I must ask ... are we really surprised at this latest disgrace?  Just take a look at the entertainment industry, in all its facets, and tell me it does not target the young, the naive, and the impressionable. 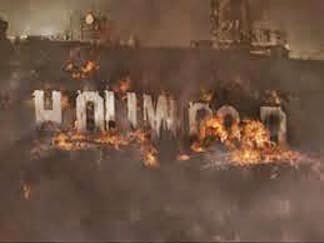 There has been a long history of sexual abuse in Hollywood, and the most notorious behavior has always centered around children.  From silent screen star "Fatty" Arbuckle's alleged involvement in the rape and murder of a young starlet in 1921, right down through the scandals that have included Paula Poundstone, Woody Allen, Roman Polanski and Michael Jackson; the innuendo has been there ... it was open season on young, vulnerable children in Tinseltown.
But the sexual abuse of children is not new to our modern age.  Pedophilia has existed ever since the world's cultures have been in existence.  Ancient peoples such as the Tracians, the Celts, the Persians, the Greeks and the Romans have all accepted pedophilia; sometimes it was considered the perfect expression of a sexual relationship between an adult male and an adolescent, and at other times throughout history, it has been considered a crime.  But nearly all cultures accepted it in some form or fashion, oftentimes as part of religious rituals.  Only Christianity and Judaism have frowned upon the practice.
But our children and young adults are not only falling prey to the sexual perversions of the entertainment industry.  They are being seduced into a dangerous state of mind through video games such as Minecraft.  A reader of this blog recently revealed her consternation and horror at finding out her grandchildren were allowed to play this game, which encourages kids to kill animals (supposedly for food), and to progress to a stage of the game where they can enter a world called "Nether" and encounter zombies and underworld masters known as "Ender Dragon".
This sinister game is supposedly approved for children aged four years and up, and is even considered as part of some school curriculums to teach problem solving and math skills!  Have we become so jaded and receptive to ANY form of deviance and immorality towards our children?
There will be those who say we are a more "enlightened" generation, and see no problem with exposing our children to greater understandings of the adult world.  But there are too many instances of abuse to warrant this as rational thinking.  When we are willing to sacrifice our children to the gods of fame and celebrity; or to introduce them to fantasies of the underworld and the abode of the dead, then how long can that culture or civilization survive?
Since Biblical times, child sacrifice has been a characteristic and methodology of Evil to capture a wayward nation.  Those who participated were doomed.  Today, whether children are being sacrificed sexually or psychologically, it is still despicable, dark, and demonic.  Hollywood and the gaming industry have been highly successful in perpetuating this evil, and introducing the New Paganism.  And the saddest part if all is just how easy it has been to look the other way.

Matthew 18:6    "But if anyone causes one of these little ones who believe in me to sin, it would be better for him to have a large millstone hung around his neck and to be drowned in the depths of the sea."