"Right to Die" Controversy: Don't We All Owe Jesus A Death?

It's my turn to weigh in on the debatable decision of Brittany Maynard to end her own life this past week after a diagnosis of brain cancer at the beginning of this year.  Her story has occupied our national conscience for the last several weeks, after she announced that she would take the extreme step to end her life on November 1st, with the aid of Oregon's Death With Dignity law.  This law, like those in Washington, Vermont, Montana, and New Mexico, allows terminally ill patients to end their lives with lethal drugs prescribed by a doctor.
Her decision and this subject matter are not new; in 1990, Dr. Jack Kevorkian, earned the nickname "Dr. Death" when he assisted Janet Adkins, a 45-year-old Alzheimer's patient, to end her life in his Volkswagen van by hooking her up to an IV, and allowing her to administer her own painkiller and the poison that stopped her heart.  He went on to assist with several more medically-administered suicides, challenging the court system and society's morals.  Most of the people were elderly or greatly incapacitated. 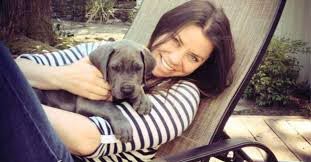 That's why the picture of a vibrant, beautiful, and brilliant 29-year-old who wished to follow this path struck me with so much force.  I took her decision seriously, and did not want to experience a knee-jerk reaction.  I knew she had been given only six months to live, and that the diagnosis of Glioblastoma was a dire one.  In fact, I have a very dear friend who is suffering from this same cancer.  There is no cure, and patients are often left with no hope except for a Divine miracle.
I also know, according to a spokesman for the advocacy group, Compassion & Choices, that Brittany had "suffered increasingly frequent and longer seizures, severe head and neck pain, and stroke-like symptoms. As symptoms grew more severe, she chose to abbreviate the dying process by taking the aid-in-dying medication she had received months ago."  It was important to Brittany that she live her life to the fullest during the time she had left, and in the end, to die on her own terms.  By the responses of the thousands who commented on one of several internet postings of her death, most people applauded her decision; or at least were able to empathize with her as they related countless stories of their own loved ones' agonizing deaths.
Let me say, that while I cannot imagine what anguish it was for her to come to that decision, my personal choice would have been different, and here's why.  As a follower of Jesus Christ, I know what His Word says:  This host body that I inhabit is a Temple where the Holy Spirit resides and it is not my own, to do with it as I will.  It was bought and paid for at an extremely heavy price.  There was the physical cost ... Most people in this secular world have no idea what "Scorging" means; that Jesus was flailed by a short whip with lead balls and sheep bones tied into leather thongs.  He suffered deep stripe-like lacerations and an incredible amount of blood loss.  But there was an even greater spiritual cost to his sacrifice.  He carried the pain and suffering of all the sins for all mankind; think of that magnitude -- He endured the cumulative pain and agony that each one of us deserves.
I know that opinion will be unpopular and will be declared "insensitive" by the masses who are only able to see themselves reflected in Brittany Maynard's choice.  But I see the reflection of Christ when it comes to making that kind of decision.  Brittany stated that she wanted "to die with dignity."  But our Lord chose to forego His own estimable dignity to suffer for me.  Therefore, as my wise husband so often says, "We each owe Him a death."  And, then I have to ask myself, "Do I deserve a better or easier death than His?" 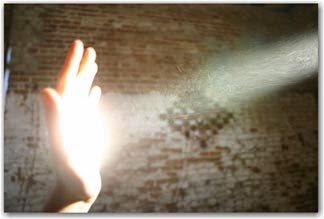 Don't get me wrong.  I do not wish a long, painful death for anyone; and when it comes to my own, I am praying for God's mercy.  I, just like Brittany and all who suffer at the end of this life, will be wishing for healing.  But I am fully aware that my healing may not happen in this world, and I hope to face that time, should it come, with determination that I will soon experience the joy of His healing hand in the next life.  So, I will neither judge nor condemn Brittany.  I don't know the state of her soul or her relationship with God.  A spokesman for her family said, "She died peacefully in the arms of her loved ones."  It is my prayer that she also died peacefully in the arms of her Savior.
By all accounts Brittany was an accomplished and giving young woman.  It is my fear that many young people will hastily follow her example, and that saddens me.  It saddens me that our culture values life so little; or that we have lost the sacred sense that we are made in the image of God, and therefore see ourselves as "little g" gods who only have to consider ourselves when it comes to our lives.  In a sense, this movement towards "death with dignity" mirrors society's approval of abortion.  We can't see beyond the immediate consequences in this world.  We don't view our lives as eternal, or measure the enduring cost of our decisions.  As Brittany Maynard discovered, this life is fleeting, and far too short.  And as I have discovered, this life is precious; not only to me, but to my Creator ... and it is not my own.

1 Corinthians 6:19-20    "Or do you not know that your body is a temple of the Holy Spirit within you, whom you have from God? You are not your own, for you were bought with a price. So glorify God in your body."

Email ThisBlogThis!Share to TwitterShare to FacebookShare to Pinterest
Labels: Faith, Medical, Our Culture.