2014 Midterm Election: Can Our Nation Be Revived?

While millions of Americans are celebrating the outcome of the 2014 midterm elections, I am looking beyond red states and blue states; beyond Senate majorities; and looking for more relevance than exit polls.  Yes, by all outward appearances, it would seem that the American people have shown their desire for a different future.... there seems to be a mandate to "turn the country around." 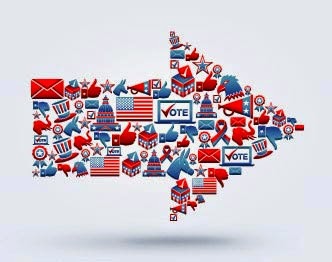 But shouldn't our enthusiasm be to turn the country "towards" something, rather than around?  I don't know; maybe to you, that means the same thing.  But then the obvious question becomes, "To whom, or what, are we turning?" The pundits will tell you that the country has spoken loud and clear that they want to return to "conservative principles".  That usually means pro-life; pro-Constitution; traditional values in areas like marriage, family and faith; and belief in a strong work ethic versus entitlement policies.
The Republican Party has been declared the winner of Tuesday night's elections.  The talking heads are telling us that it is obvious the American people believed in the "Republican message", and have decided that they trust it more than "the message" of either the Democratic or Independent parties.  But, as you know, I look at everything through my Biblical worldview, and I am not yet ready to declare this election a victory for the American people or my nation.
Rather than the "Republican message", I'd rather see my fellow countrymen believe in the message that our restoration will come as a result of turning towards God and believing in His promises, rather than to the worldly promises of men. You see, I don't trust any message delivered by man, let alone a "Party" of men.  Instead I compare our experience to what the Bible says about a revived nation, namely:  "Where there is no vision [no redemptive revelation of God], the people perish" (Proverbs 29:18).  Or, how about this:  "A land which transgresses [is punished by] having many rulers; but with a man of understanding and knowledge, stability is prolonged." (Proverbs 28:2). 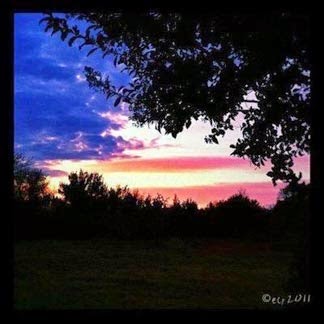 So, do the men and women who were elected on "a wave" of Republican candidates (I hate the new media slogan created for this election cycle) have understanding and knowledge?  And is their wisdom of the kind that will truly bring about a revival [and stability] to this country; a revival, which in its true meaning, is "to live again, to receive again a life which has almost expired; to rekindle into a flame the vital spark which was nearly extinguished?"  This definition of revival is a quote from famed theologian Charles Spurgeon, and points to the fact that something must still have a degree of life in it, to be revived.  I confess, that I'm not convinced that a change in the balance of power in Washington, D.C. can breathe new life into the nearly extinguished American experiment....  UNLESS it is accompanied  by a turning around, or a turning towards, or a returning to God.
By necessity, a Revival of good fortune for this nation means that our newly elected leaders, and the people of this country, MUST refuse to compromise with the world's values and, instead, promote systems that honor God -- in our homes, our families, our businesses, our government, and the public square.  If that is not our focus, then this election means nothing more than putting a different color ribbon on the same dirty pig.  Consider this:  exit polls showed that the Economy and Healthcare Costs were the number one and two (respectively) issues that most concerned Americans who voted.  This tells me that most people are concerned about money; about their level of comfort and security in this world.  But if they are looking towards an elected politician to provide refuge from the worries and insufficiencies of this world, then they are only looking for outward and external answers.
As Charles Spurgeon wrote, "When revival comes to a people ... the sickly soul which before was insensible, weak, and sorrowful, [now] grows earnest [genuine; committed], vigorous, and happy in the Lord."  That's what I hope this election signifies!  It is my sincere hope that both the new Congress and the nation's citizens will move forwards; turn and move towards a spiritual renewal that will not only render us a prosperous nation once again, but renew our spiritual lives and power.  Now those are some election results I could truly rejoice in!

Proverbs 2:21-22      "For the upright will live in the land the pure-hearted will remain there; but the wicked will be cut off from the land, the unfaithful rooted out of it."