Where Have Our Manners Gone?

I don't know if you saw the recent reporting of the 80-year-old man who was enjoying a drink at his local Florida Applebees, and approached a fellow 26-year-old patron, asking him to discontinue his loud use of obscenities.  According to the police report, Harry Sander, the octogenarian, politely asked Mikie Sawyer to quit using the "F" word and repeatedly talking about T & A. 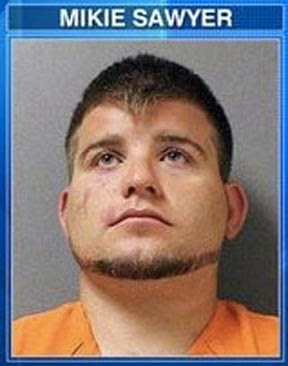 First of all, I can remember a time when people would have been embarrassed to be heard talking that way in front of strangers.  But did Sawyer respect his elder's request and tone it down?  No!  Like the spoiled, narcissistic society we've become, he announced that he didn't have to stop cursing if he didn't want to.  So according to witnesses, Mr. Sander leaned in once again, and informed Mikie that in his native Germany, one didn't speak in polite company like that.
Well, Sawyer was not only unconcerned about being polite in the company of others, but he made sure to disparage the elderly man's thick accent and his heritage, saying, “I don’t care where you are from, whether it be Russia or Dutch, take your ass to the other side of the bar.”  [Apparently, Mikie not only showed a distinct lack of character, but doesn't know his world geography, either.  Someone needs to tell him "Dutch" is not a country].
But it is not simply his lack of respect and crudeness that is deplorable, it is what he does next that I find so reprehensible.  The police report records that Sawyer then punched Mr. Sander in the face and pushed him to the ground.  The elderly gentleman doesn't remember much after that moment.  Witnesses corroborated the incident and the mistreatment of Harry Sander, and Mikie was arrested for battery on a person over the age of 65 and disorderly conduct.
According to Florida law, "A person who is convicted of an aggravated assault or aggravated battery upon a person 65 years of age or older shall be sentenced to a minimum term of imprisonment of 3 years and fined not more than $10,000 and shall also be ordered by the sentencing judge to make restitution to the victim of such offense and to perform up to 500 hours of community service work. Restitution and community service work shall be in addition to any fine or sentence which may be imposed and shall not be in lieu thereof."  We can only hope that justice is served in this case.
If it was up to me, I would like to invite Mr. Mikie Sawyer to Texas to meet my friend, Maurice Chambers.  I believe that Maurice just turned 78 years old; although as the holder of several state long distance running records, and a still-active Texas rancher and hunter, he would be mistaken for a much younger man.  In fact, I have seen him out-run and out-work men half his age.  He is one tough and rugged Texan!

But he is also a devout and pious Christian man.  I have seen him tell many a foul-mouthed cowboy and hunter who was visiting his ranch that he would not tolerate profanity; especially in front of ladies.  He even told a legendary rock star (with his own hunting show) that he was not welcome to bow hunt on his property if he continued using the "F" word.  In Maurice's world, there's no compromise when it comes to old-fashioned manners.
And where has that standard gone in this country?  Where is the respect for others, and the esteem for our elderly?  Have we become such a self-centered, narcissistic nation, that we have no concern for our fellow citizens?  Are our egos so big, that none dare oppose us?  I suspect that we have raised a generation or two of spoiled kids; children who are now adults, and who think the world rotates around them.  They owe consideration to no one but themselves.  And, now we see a decline not only in manners, but in our ability to see others as unique and worthy of courtesy and honor.  As in the case of Mikie, they become ugly and despicable human beings.
So, the next time Mikie Sawyer decides to disrespect an elderly gentleman, whose only crime is a request for good manners, I hope he meets someone like my friend, Maurice.  If Mikie continues to exhibit his rude nature, I guarantee he will be the one picking himself up off the floor.  It will be in his best interest to have a change of attitude, and to give another thought to becoming well-mannered and better-behaved.  Yep, I'd like to see Maurice teach Mikie a thing or two ... and the first lesson would start with respect.

1 Peter 5:5      Likewise you younger people, submit yourselves to your elders. Yes, all of you be submissive to one another, and be clothed with humility, for “God resists the proud, But gives grace to the humble.”

Email ThisBlogThis!Share to TwitterShare to FacebookShare to Pinterest
Labels: Op Ed, Our Culture., Our Youth