"What If You Gave A War & Nobody Tweeted?"

That was the opening sentence in an article by writer Jeb Lund, of The Guardian.  He is responding to the rather nebulous name of the ill-defined war that now belongs to President Obama .. "Operation Inherent Resolve".  Doesn't exactly inspire one to seek victory, does it?  What exactly does it mean?  If you simply use dictionary definitions, it insinuates a "fundamental decision".  About what?  And how does it relate to the whole issue of defeating ISIS?  Whatever it is we're doing in the Middle East is about as confusing as the name of the mission! 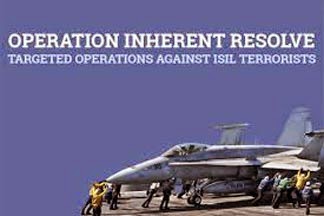 If you listen to the Chairman of the Joint Chiefs of Staff, General Martin Dempsey, he will tell you that the name means "we need to be able to be credible and sustainable over time in order to accomplish the mission that we've been given."  And that mission is?  "To eliminate the terrorist group ISIL," according to Dempsey.  So why the reluctance to call this a War? The enemy certainly has no problem declaring theirs is a war against us!
I will admit that naming wars is a political gimmick to employ support from the American people, who are ultimately funding the military missions.  But it also sends a message to the enemy, as well.  Names like Operation Desert Shield, Operation Desert Storm, Operation Enduring Freedom, and Operation Iraqi Freedom telegraphed to our enemy, not only what we saw as our mission, but just how serious we were in accomplishing it.  But what is Inherent Resolve supposed to convey?
It has been interesting to see the lack of attention that the American press have afforded the announcement of this name and our latest engagement.  Is it a ploy to get by the mid-term elections without ostensibly breaking previous campaign promises?  Is it to maintain a vague foreign policy with Muslim nations?  While the current administration may think being vague makes them exempt from specific and undue criticism, foreign press outlets aren't as compliant as our media.
The Sydney Morning Herald, from Australia, called the name Operation Inherent Resolve "lame" and "blah".  And they're much less politically correct, as observed by this comment: "The Americans have become increasingly politicised with the names they use for their missions," says the Australia Defence Association's Neil James. "Since the Twin Towers came down, they wanted to demonstrate a point, that they weren't fighting Islam, only the extremists. Which is one of the reasons why the word crusade is never used."  They see through our guise .... 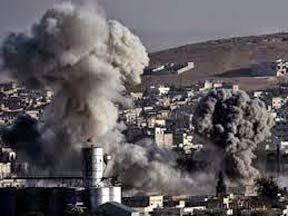 Perhaps we should follow their method of naming wars; they use a computer program that throws out random names.  In their own words, "The Australian military doesn't go in for such frippery [as the Americans]", which is why their code name for their involvement in the war with ISIS is Operation Okra --- makes about as much sense as Inherent Resolve to me.  But the best part of the article was this piece of advice:  "The Herald respectfully suggests that the Australian Defence Force farms out the process to the public; crowd-sourcing the naming rights to the people who will ultimately pay for the war: Us."  Good advice!
But it was writer Jeb Lund, of the UK's The Guardian (and the author of my blog title), who really got to the heart of what the world may think of our newly named war ... "The Operation’s nom de guerre basically offers synonyms for sounding determined. You could call it Operation Stubborn Intrinsic, Operation Stick-to-Itiveness, Operation Keep Doing It ... Basically, this is Operation More Of The Same But With A Proper Noun For It Now, So We Have To Use It."
So, what good is "sounding determined", if you don't back it up?  Naming a military mission, or war, doesn't necessarily mean you have any intention of accomplishing anything.  What is the stated objective of Operation Inherent Resolve?  So far, we've heard from different sources, that it is to "degrade" or "to humiliate" or to "destroy" ISIS.  That's a pretty broad spectrum, don't you think?  Shouldn't we define our goal in more precise and cohesive terms?
But perhaps that is the purpose of this ambiguous name.  By keeping the objectives and the goals speculative, it can become an indeterminate, endless war; in reality, it has been 13 years, and counting, from the beginning of this long series of "operations" and "missions" in the Middle East.  The Military-Industrial Complex is chugging right along ... after all, the War on Poverty is 50 years old, and there's no end in sight, so who's to say that Operation Inherent Resolve can't be just as effective? (Wink, Wink).

James 5:8   "You also must wait patiently, strengthening your resolve, because the coming of the Lord is near."