Ebola: It Affects More Than The Victim

We all feel compassion for those who have been stricken with Ebola around the world.  And now that it has touched our homeland, it is apparent -- at least, to me -- that the effects are widespread.  Besides the personal toll, this frightening contagion impacts our lives across so many areas. 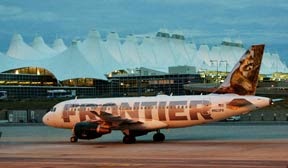 First, let's consider the Economy.  Here are the facts: The stock market took a tumble last week, due in part to the news that the 132 passengers on a Frontier Airlines flight from Dulles International Airport to Dallas, TX may have been infected by Amber Vinson, the second nurse to contract Ebola from Patient Zero, Thomas Duncan.
Members of Congress are openly considering travel bans; not only from Western African countries, but from within the United States, itself.  Just think how that will affect the airline industry!
Then, there's this: according to The Hollywood Reporter, "When treating multiple Ebola patients at Emory University Hospital in Atlanta, the staff couldn’t get pizza delivered, couriers refused to handle vials of blood from those patients, and the county threatened to shut off the hospital’s access to sewer lines over concerns about waste from patients."
And according to my doctor friend, his fellow physicians in Dallas, who have offices adjacent to Texas Presbyterian Hospital, have empty waiting rooms -- patients are refusing to come anywhere near the facility.  And as he reminded me, "The expenses of running those offices aren't suspended; there is a direct impact on their bottom line."
That piece of information is supported by a recent article in The Washington Post that reported that the playground at an infant and child day-care center near the Dallas Hospital was vacant -- parents are keeping their children home.  But, wouldn't you?
All this to say, that despite health officials attempting to calm the rising anxiety of Americans by reminding us that "more people will die from the flu than from Ebola," there are some very real side effects from the few reported cases (so far).  First and foremost, there is the economic cost generated by the fear and anxiety associated with this disease.  We are seeing the initial repercussions in the stories related above.  I'm sure the airline industry hasn't forgotten the economic toll that the SARS epidemic took on Asian airlines in 2003 -- the cost was $6 billion! 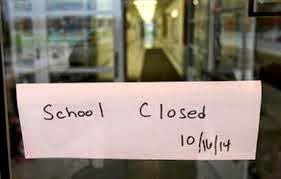 But, even if Ebola is stopped in its tracks today, we are already seeing the reverberation throughout different sectors of our economy.  How many of you have re-thought your travel plans?  What about sending your kids to school?  Two schools closed in Ohio last week, after the disclosure that a Middle School staff member may have traveled on the same plane -- though not the same Frontier Airlines flight -- as Amber Vinson.  A student and another teacher, both at different schools in Ohio, have been ordered to stay at home, due to possible exposure to the virus.
Three schools have closed in Belton, TX, at the news that two students did travel on that same plane with Vinson.  In Fort Worth, TX, an elementary student is also reported to have flown on that same flight, and his family is being quarantined for 21 days.  I would be willing to bet that this presents a financial and economic hardship on all those concerned.  Parents will have to take off work to care for these children; and in the case of entire schools being closed, or whole families being quarantined, one has to ask how many salaries does that effect?  Does sick leave cover this event? And what if you don't have three weeks accrued?
Then there is the Hospitality sector of the economy.  Do you feel safe going to restaurants?  What about the movies or the book store?  I want to make myself clear on this subject ... it is not time to panic, and I do not want to spread fear.  But I am appalled at the lack of command and authority exhibited by both our government officials and our top federal medical experts.  It goes without saying, that a unified plan to identify and control this disease would go a long ways towards instilling confidence in the American people.  It doesn't help to promote that trust when the top medical experts at the National Institute of Health and the CDC admit that their initial protocol for handling the disease was "inadequate."  I'm pretty sure that's little consolation to the two nurses that were infected. 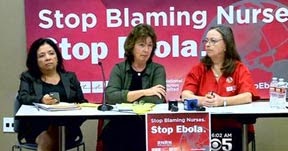 And, speaking of nurses, there is the psychological effect among our health care workers, who must be feeling their top government health agencies have failed them.  I have a very good friend who has been a nurse for the last 30-35 years.  I wanted her personal opinion of how she sees this disease playing out in our health care system.  Her first words were chilling... both from a professional and personal standpoint.  She was amazed at "how little she knows about it."  By that she means, forthcoming information from on high has been very limited.  She went on to explain that nurses, as health care providers are at the mercy of not only the CDC for issuing information, protocol and guidelines, but also their county health departments and their hospital administrators.  Every organization has their own agenda; and nurses, who are on the front lines, often get conflicting direction.
She remembers past outbreaks of Tuberculosis and Legionnaire's Disease; and how quickly guidelines were administered, because the CDC had treatments in place for that.  She candidly admitted that this time, in Dallas, "The CDC dropped the ball.  With Ebola, there is a huge potential for contamination, and the CDC knows that.  They issued a statement saying 'When there is a known case, we [the CDC] are sending in a team.'  That was a bald-faced lie --- they didn't do it in Dallas!"
I admit, that I think all these nurses have a servant's heart, and are incredibly brave and giving under these circumstances.  But they also have a very real dilemma.  I asked my friend what she will do if/when Ebola becomes an epidemic in this country.  She admitted that she has given this some serious thought.  In the nursing culture, there is tremendous pressure to show up to work, no matter what, because: 1) your patients need you, and 2) it causes a hardship on your fellow workers if you leave them short.  "At some point, you have to isolate the people who are sick.  There definitely needs to be a balance between protecting your patients and co-workers, and performing your duties as a nurse."  But she admitted that if this disease gets out of control, she will stay home.  Like other health care professionals that I know, if Ebola becomes "a mass killer", they feel a responsibility to try to help take care of their families, friends and neighbors, before the general public. 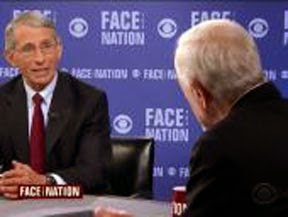 But the effects of Ebola don't stop there.  Perhaps the most disturbing consequence is the politicization of this disease, which I find repugnant.  As an American citizen, I don't want to hear whining that the Republicans cut funding to the CDC, or patent blaming of the Obama Administration for their policies regarding this disease -- there's been enough mistakes by everybody who is responsible for safeguarding the public.  Somebody needs to take charge and figure out how this disease is transmitted (why can't they definitively tell us if it is airborne or not?); come up with a conclusive nationwide plan for treating it (leaving it to each state seems mutually incompatible); and develop consistent and binding policy to keep it from being imported into this country (remember the wide-open Southern border?).
And the politics aren't limited to just this country's statesmen.  I, personally, don't care what the IMF or World Banks think ... and I'm not impressed with their "Isolate Ebola, not countries" slogan.  I'm convinced that the Elite have a very personal agenda.  The facts that 4,000 have died in West Africa and as many as 10,000 new cases a week are expected, tells me that we "little people" better look out for ourselves.
As you can see, this Ebola outbreak has the potential to dominate many aspects of our existence.  Every American should be prepared to institute their own safety precautions and be cognizant of ways they can help prevent its spread.  The good news is that we seem to have some encouragement this week, as it appears that suspected victims are either Ebola-free, or are beginning to recover.  But I am not so confident that I am ready to let down my guard.  Until we get a consistent plan in place -- for ALL states, health care officials, and private citizens -- this disease is not defeated.  Stay alert!

Psalm 41:3-4    "The Lord sustains him on his sickbed; in his illness you restore him to full health. As for me, I said, “O Lord, be gracious to me; heal me, for I have sinned against you!"